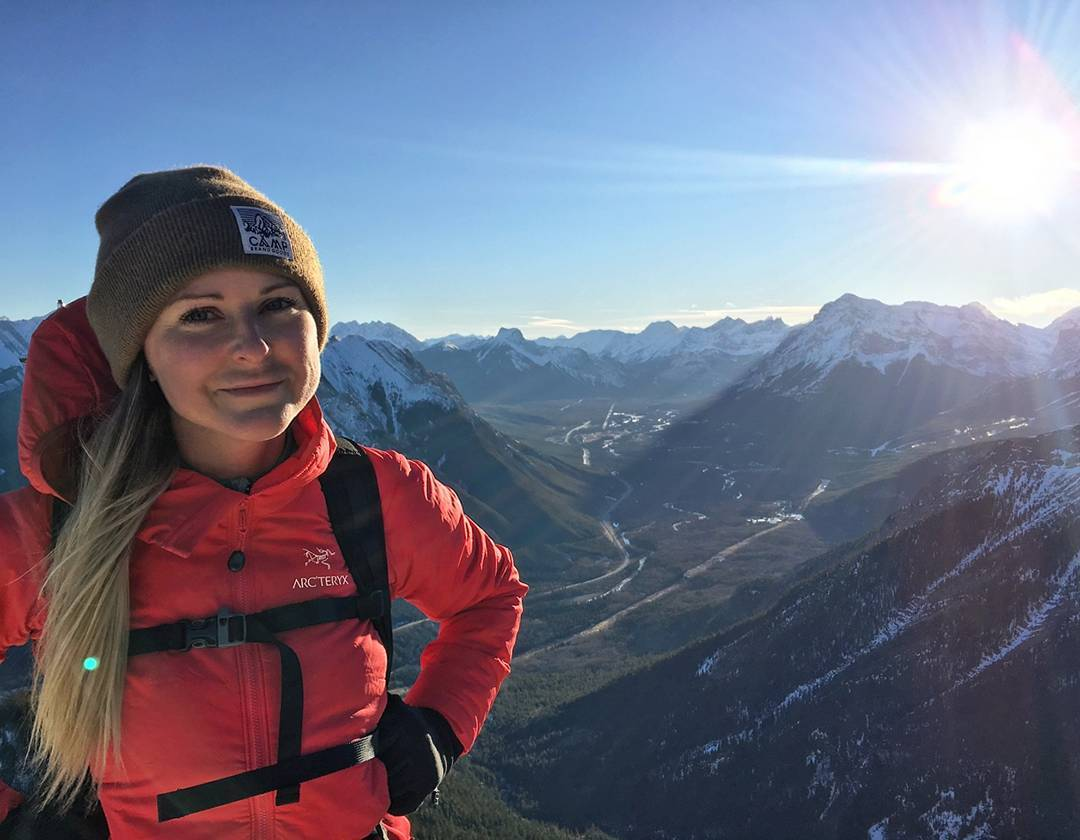 Larissa Arthur was born and raised in Calgary, Alberta with the Canadian Rockies right in her backyard. She grew up spending lots of time in the mountains with her parents and three younger sisters. Their family vacations consisted of backcountry camping trips at remote alpine lakes and wild hot springs adventures.

She ended up going to University there, getting her nursing degree and is now a Nursing Instructor teaching clinical in the hospital to nursing students. But every day off you can now find her in the mountains, trying to get another summit on her hiking journey to one hundred in honor of her late father. 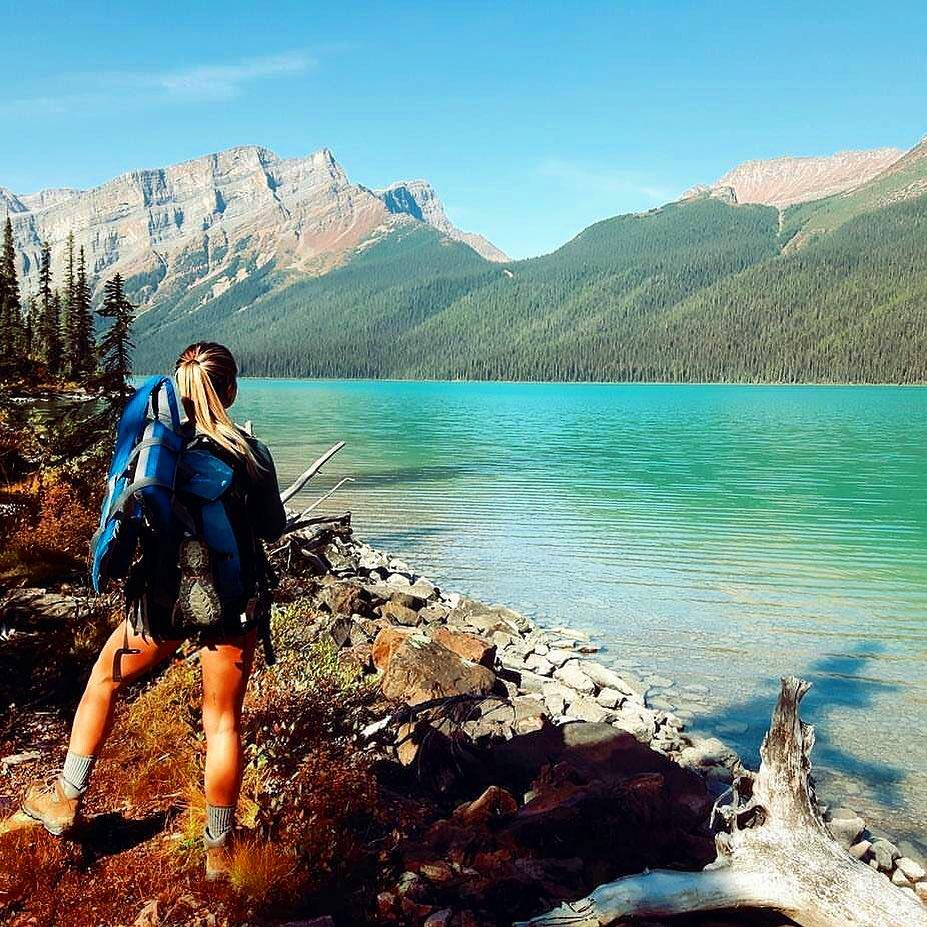 We are so sorry to hear about your father’s passing at Turquoise Lake. He seemed like a very adventurous person, one who loved the outdoors and life to the fullest. Can you describe him to us, and the impact he had on your life?

Ken Arthur was a free spirit and mountain man first. He was often focused on which remote hot spring, alpine lake, or fishing hole to hike to next. Our family frequently worried about him while he was out on one of his solo adventures, usually a long hike or multi day backcountry camp. There were even times when he missed work because he was still out in the mountains. He was quite obsessed with learning, he always wanted to know about everything and increase his education, even after three degrees. He was very intelligent. He would say whatever he wanted, he never cared at all what anybody thought.

He always pushed me to be the best, even after immediately after graduating nursing, he wanted me to be a doctor. He was very into nutrition and in pretty good shape for a 65-year-old. He was the kind of person that nothing was ever quite enough. He would want, need, the best of everything and everyone around him. 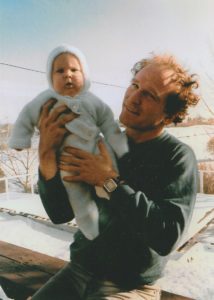 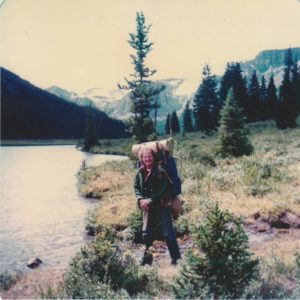 What inspired you to begin your One Hundred Hikes for Dad?

To be honest, after my Dad’s death, I was at my lowest point. I was depressed, barely ate and didn’t want to get out of bed. I blamed myself for his death. He asked me to go out that weekend and I said that I was busy. So, he went alone.

​A month later, I felt lost and unsure what else to do, so I did the one thing I could, I stepped back out onto the hiking trails with a new goal in mind – to complete 100 hikes in honor of my dad. I needed to understand what drove him, what we spent countless days doing as kids, why was he there that day. Why would he choose such a difficult scramble; why not an easier one? I needed to show the world what kind of person he was.

How do you choose the locations for each hike?

I started with the hikes I could remember doing with him as a kid. The hikes with my younger sisters strapped to my Dad’s old Jansport backpack because they were too young to hike. He seemed to think that wasn’t at all abnormal to do with young children, while my mom was home working. After a few of those, were the hikes that my Mom remembered going on with him before I was born.  A few of the hikes have been in Hawaii with my sister, who now lives on Oahu. I know this summer I will make it to Turquoise Lake, above the headwall where my Dad fell. It will be tough physically and emotionally, but I know I am capable of it.

It took me almost a month before I was able to return to the mountains and get out hiking. After my Dad’s death, Parks Canada had taken my family in a helicopter and flew us over the lakes where he died and some of the nearby memorable spots from our childhood.

​I was still in shock, but I knew I had to see where he fell, and I had to do it before the fall when the snow and cold would make it too dangerous. I contacted the hikers that had found my Dad and they happily agreed to take me out and show me where they found him.

​Walking the same trails, he was just on had a deep emotional impact. The exact spot he camped, the same canoe he used to cross Hector lake on the way to Turquoise. I saw the exact tree stump that stopped his body from violently continuing to roll down the scree slope. Not really any words to describe that devastating, sickening feeling. Regardless, I knew these hikes are what I had to do. I needed to show the world the kind of person he was. I decided to bury some of his ashes where he fell.

What has been your most memorable hike in your father’s memory so far?

Hike 4 I went from Johnston Canyon to Luellen Lake, it was one of his favorite spots to fish and I had been there several times with him. I always will remember us following my Dad through by the swarm of tourists walking up the canyon with my three sisters and his massive backpack in tow. We could not even make it past people that thing was so big and packed full of gear and food for a couple nights in the bush. Tourists would be looking at him like he was crazy and wondering where we could possibly be going.

​Later on the trail after the people had long disappeared, he would be yelling “ribbit, ribbit” to scare away the bears, while we blew on our little bear whistles, not really having any real idea that we could potentially be in any danger. Because we were with our Dad; we felt safe. 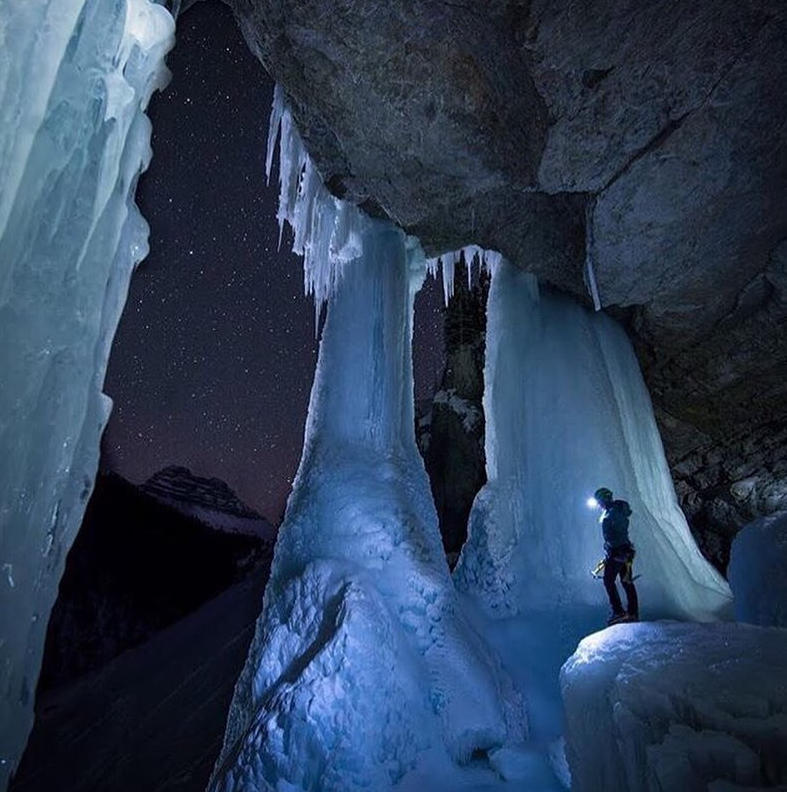 How have these hikes helped you cope?

I am always thinking about what would impress him and what would make him proud and as much as he loved all mountain activities — he did, he skied, he climbed, he hiked — the one thing he always asked me to do was go hiking. I’m not going to say I’m not incredibly sad still, I don’t think that ever really goes away, you just learn to live this way. But at least when I go out there, it’s like I’ve got a drive and a focus and an inspiration from him.

How do you want to help your father’s legacy to be remembered?

My Dad was a unique man, to say the least. He was incredibly young at heart: adventurous, free spirited, curious and always learning. He had his own way of seeing the world and would not let anyone tell him otherwise; a perspective I am still trying to understand. He was pretty badass for 65. He climbed, saw, and did things most people will never do in their lifetime. I want to help share his story by sharing some of the places he saw and what it takes to get there.

How have these hikes changed the way you see nature, hiking, and ultimately, your father’s passions?

I did not always understand why he wanted to be out there all the time. He lived for it. He was born to be a mountain man. He would have lived in the mountains if he could have. I can say that I get it now; the thrill of seeing what is around the next corner, what the sun looks like setting between peaks and how it looks rising in the morning. It’s peaceful, it is rewarding. When you complete a hike or summit a mountain, you feel more connected to the people you went with and more in touch with who you are. You learn things about yourself and you discover that you are capable of things you never imagined possible. I ice climbed this winter!! Something I never would have attempted if it wasn’t for his inspiration. I feel more connected and closer to my Dad after every hike, every adventure.

How has this experience changed you?

First off, I began to meet new people in the hiking community. There are so many amazing and supportive mountain people out there. I actually met my boyfriend through this community, someone who has been a rock and a huge supporter of my journey. He coincidently happens to share a name with my Dad. These people have taught me so many new things, both physically and mentally. I’ve started ice and rock climbing, scrambling, and have some great people to go on backcountry camping trips with this summer. It is hard to imagine what I would be doing without this new support group. I have seen and done more than I thought I ever would and I am just over a third of the way there. Not that I plan on quitting at 100. 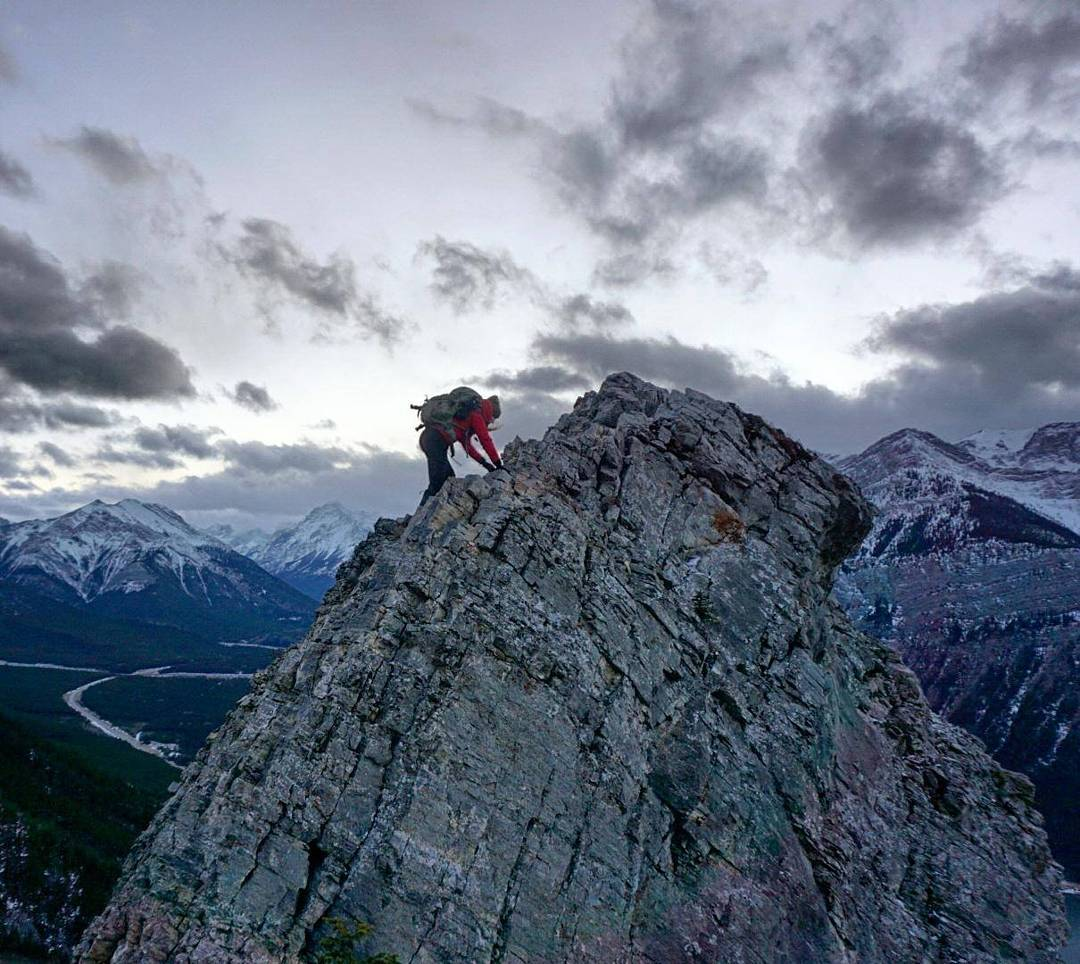 Where are your next hikes going to be?

My Mom gave me a map, where she and had marked off some places where her and my Dad had hiked and camped. Many of them are multi-day hikes and I’ll squeeze in as many single day ones where I can. He loved alpine lakes many will focus around that. I didn’t know where I would be by now, and I don’t know where I will be in another 20 hikes let alone by the time I hit 100. But I do know that getting to Turquoise is my main goal. The plan is to climb up to the unnamed peak that sits above and Turquoise and get a plaque and a summit register up there, in our first step of the commemorative naming of that peak, Arthur Peak. 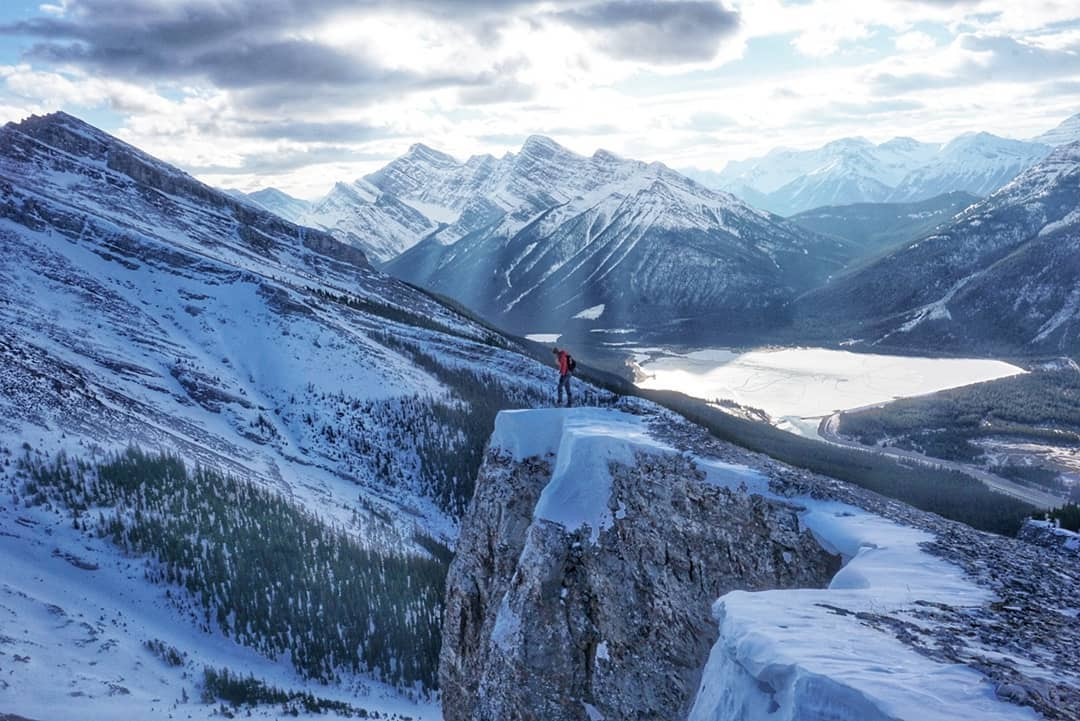 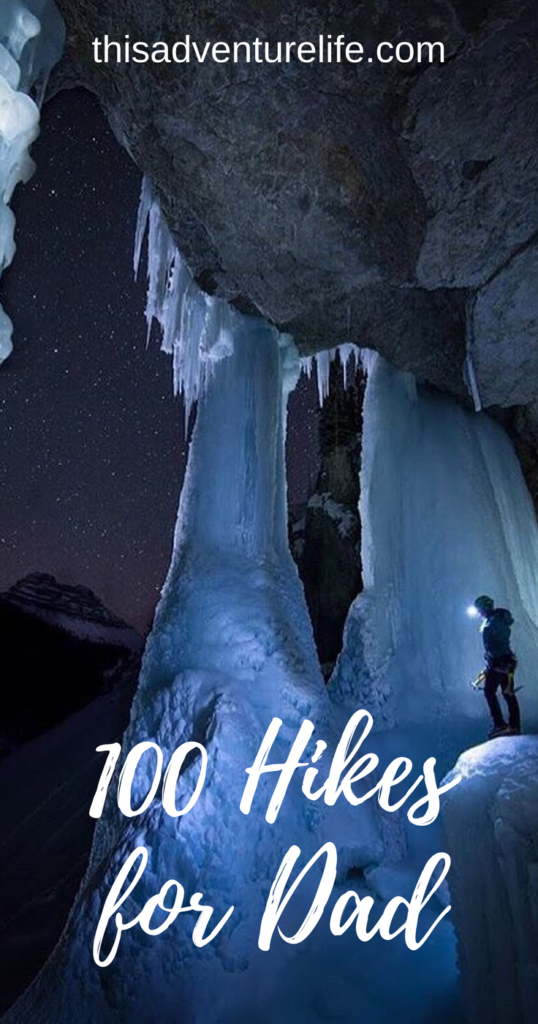