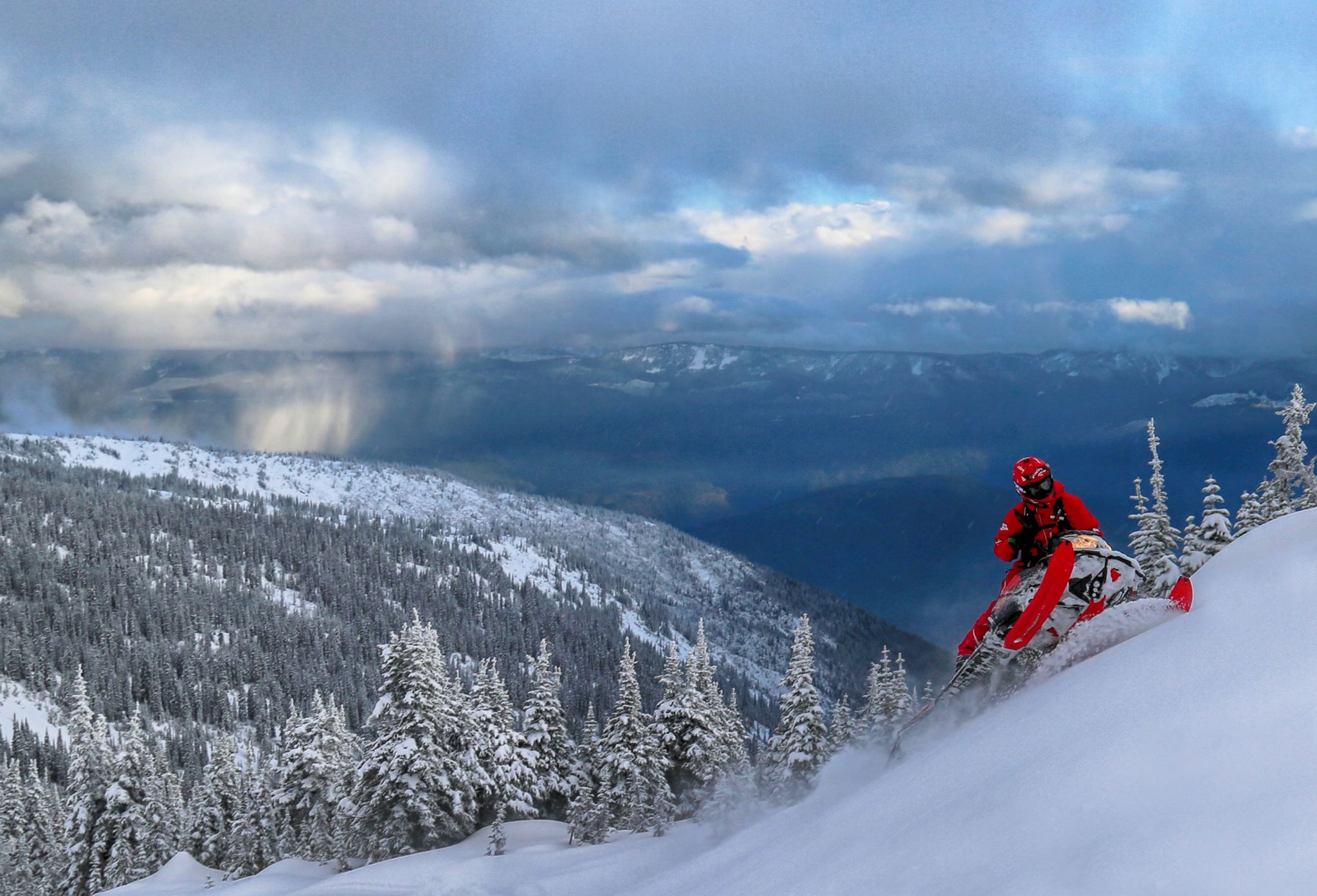 Picture this. Your boyfriend really wants to buy a sled. His passion for the sport being evident, you want to support him 100%. Being a fan of anything involving snow, you also think that it could be fun! Now, you haven’t yet thought about the fact that you have no sledding experience. You haven’t thought about the 800cc 2 stroke engine at your finger tips. And you definitely haven’t thought about how your boyfriend and his cousin (who in this case is a sponsored racer) will have to watch you as you experiment with the throttle. No. You don’t think. You do.

What you do think about is the fact that you have done your AST (Avalanche Safety Training) 1 course. You have your beacon (it’s on, and it works), your probe, shovel, and ABS (airbag backpack). You have quality radios and Spot device so you will be able to communicate with your riding partners as well as with your family who are tracking your route from home as well.

So you have thought this through. As far as safety is concerned. But that’s as far as you go, because the second you think past that, you start panicking, even if it’s just slightly.

That’s the scariest part. The thinking. Well, to clarify; the over thinking. Instead of being caught up in the fact that I had never done this before, and had no idea what I was doing, I went for it. Because when you give yourself excuses and reasons to back out, you miss out on what could have possibly been your experience of a lifetime.

That’s the beautiful thing about life. You have this opportunity to paint your story exactly as you would like. If you want bright experiences, vivid memories and beautiful adventures, you do have the opportunity to seize it! 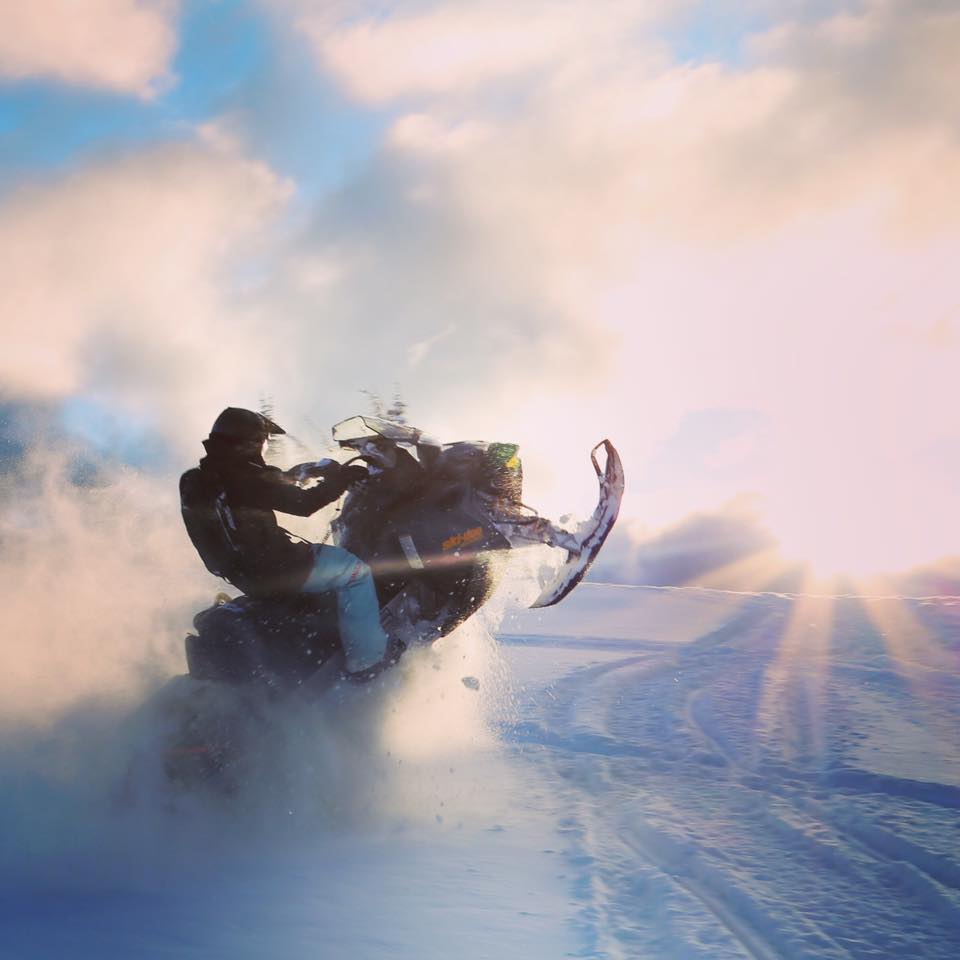 Okay, so here’s how the two days sledding went:

Waking up nervous, excited, and slightly delirious (I am not a morning person at all) we started packing up our gear. I had no idea how to dress. Would I get warm sledding? Or maybe I would get cold? No idea. So I packed like I would for snowboarding, and hoped for the best. My boyfriend, Ricky, had his newly purchased sled in the box of his truck. I was borrowing my Ricky’s parents sled, so we had his cousin, Kenny, come and load it onto his sled deck. We were lucky to have the extra sled for me to use, but it turns out you can rent sleds as well.

We drove 22 km up a logging road just outside of Sicamous BC before we found snow. We pulled off the road, unloaded the sleds, and geared up. I felt a bit like a child. Nervous, excited, butterflies, and scatter brained. Thankfully Ricky was there to help gather my scattered brain back together. Sometimes it’s a bit like herding cats. What can I say, I get really excited sometimes!

I was on the sled for about 10 feet, and suddenly we had to sled over a creek, up a short, but steep hill (in and out of a run off ditch) into a logging block. Okay, not the best start. Still not being used to the delicate throttle, I just have ‘er sh*t. And screamed the whole second it took to cross this ditch. Good start. But I made it, and was so thrilled.

Right away, I knew I loved this sport. The mini snow ridges were fun to rip over. Staying standing up, with my knees bent, I felt like I could ride anything! I was so excited.

We made our way to Blue Lake Lodge, and ripped around the hills there. There was not much new snow, but it was fun to feel out the sled. I rolled a couple times, and couldn’t quite make it up one hill. But all in all, I was so excited about my first day on the sled. 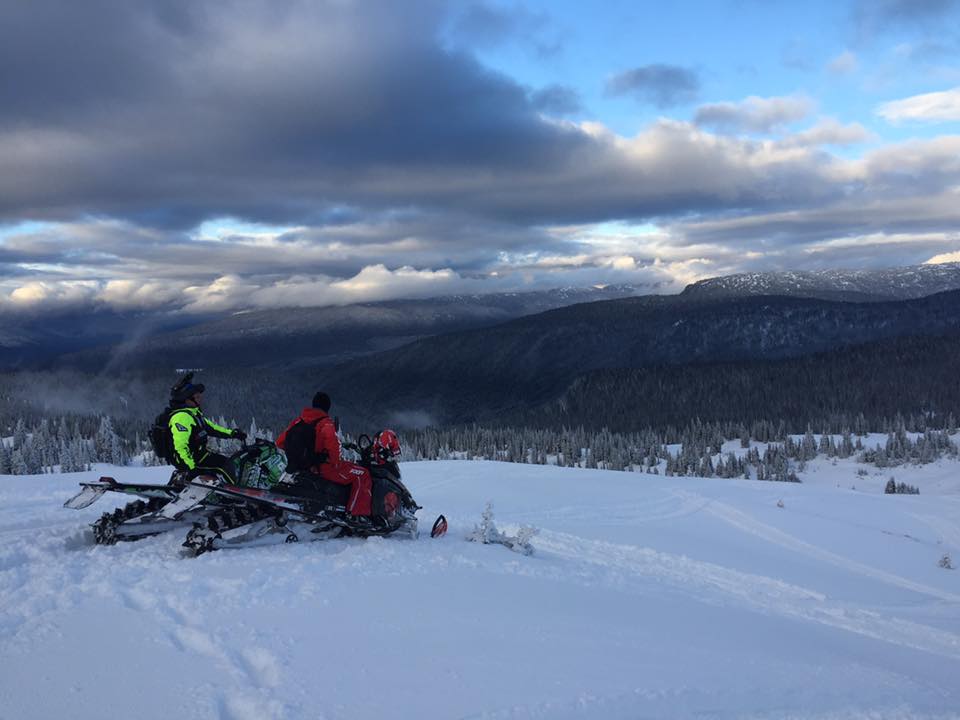 Today I felt much more confident. Knowing now how much of a work out sledding was I was able to dress and pack snacks accordingly. We packed up, and were on the road by 9 am.

When we reached our parking spot we were excited to find a lot more snow. As we started heading up to Blue Lake Lodge, I realized how different it was sledding in powder. I felt as though I had less control. I learned that you have to have speed to have control. Hesitation does not help.

We got to the lodge and went up to where we wanted to shoot photos. I made it up the hill that I kept rolling the sled on the day before, and was thrilled! We parked and the guys hit a wind lip a few times. We played around long enough for the clouds to part and for the sun to punch through. And it was stunning. I felt like I was on top of the world.

Right before we were about to leave, Ricky wanted me to try to jump the sled. He found a snow lip, and explained what to do. Well, he explained the key points. There’s nothing like learning from experience. They told me to gun it, so I gunned it.

The first jump I screamed the whole second (again). I landed and slammed my knees into the sled. Jumping lesson one: keep the throttle in when you land. The sled needs to go your speed once it connects with the snow.

The second jump I landed! But it was smaller, as I had kind of destroyed my snow lip.

The third jump the guys wanted me to move over to where the snow lip was a bit more steep. So I moved over and gunned it right before hitting the base of the lip. Jumping lesson two: when your bailing, bail fast, and bail far. The sled stood almost straight up, and my arms just couldn’t hold myself to the sled. So I bailed out the back and hoped the sled was still going the other way. 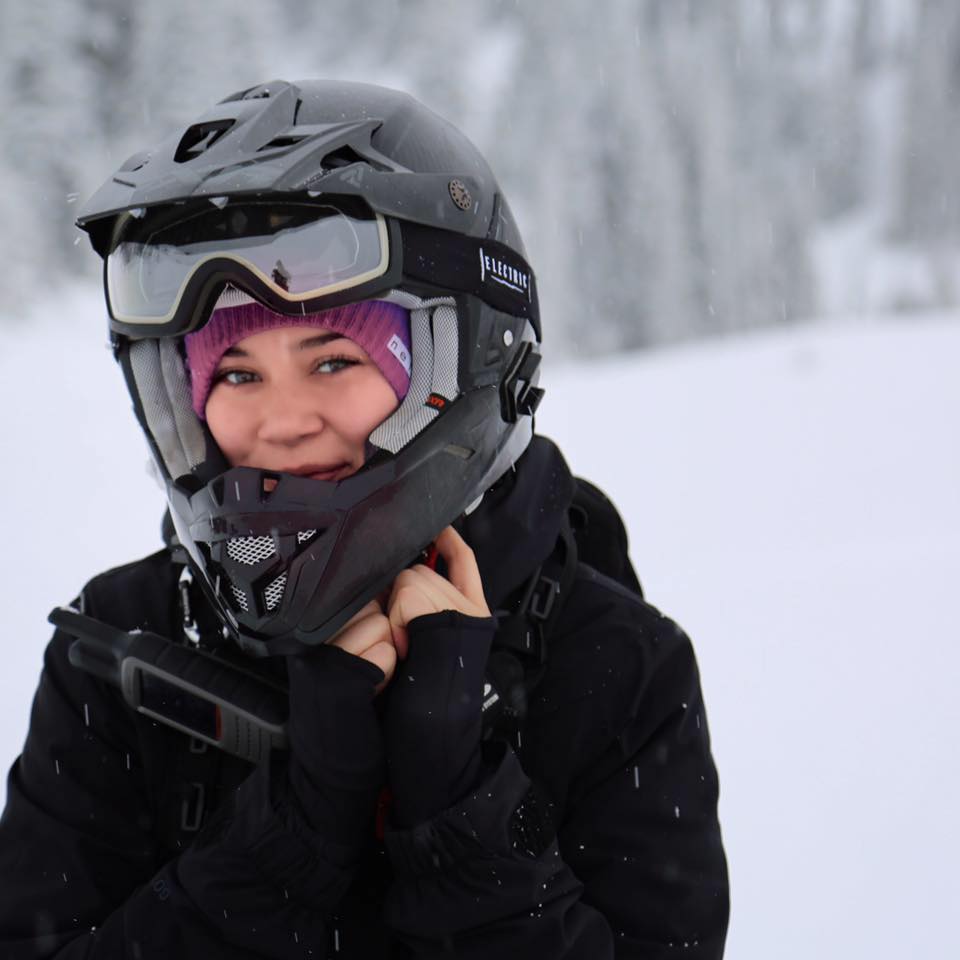 After two days of creek riding, hill climbing, and now jumping, my first (out of many) sledding adventures had come to a close. And I couldn’t have been more thrilled.

Photos by Kieren Britton (The Lady Alliance) and Ricky Forbes.