I told myself I would be a minimalist as I was packing my day bag and porter bag for the upcoming trek. The morning of Day One, I realized once again that I have no true understanding of the concept of packing lightly. Did I need three cameras? I thought so. I only had one solar battery charger, and honestly it took way too long to charge fully. Did I need all those layers? The tour guide said prepare for anything. Laughing at myself, I managed to get rid of around a third of my gear, and at my final weigh in was just at the maximum weight. Looking back, I didn’t need half the gear I brought, and I should have invested in a better rain poncho and backpack cover. Some of the lessons quickly learned along the trail. 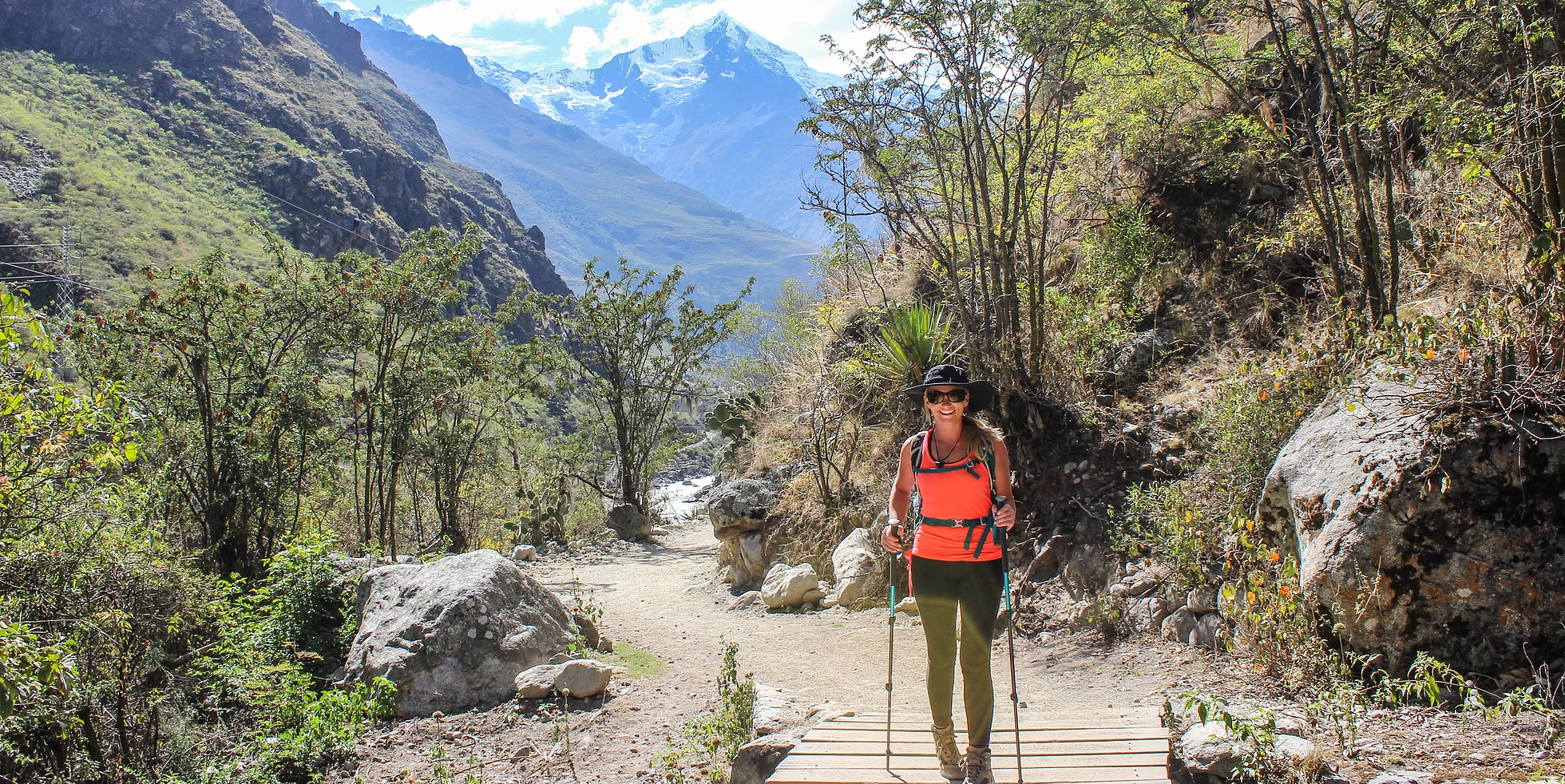 Soon enough I was with my trekking group, an amazingly diverse collection of adventurers from around the world, at KM82, the official start of the journey. As we did a final weigh in and collected our gear, it dawned on me that I was actually there, in the Peruvian Andes, about to embark on the ancient Incan trail to the Lost City. Adrenaline set in as we began our trek, making great time as we were all full of excitement and in relatively good shape. We hiked up and down hills, past varied landscapes and ancient Incan ruins, all surrounded by towering mountains. Porters and donkeys passed us, which quickly became a sight we got used to. Both an ego buster and a sight to behold. 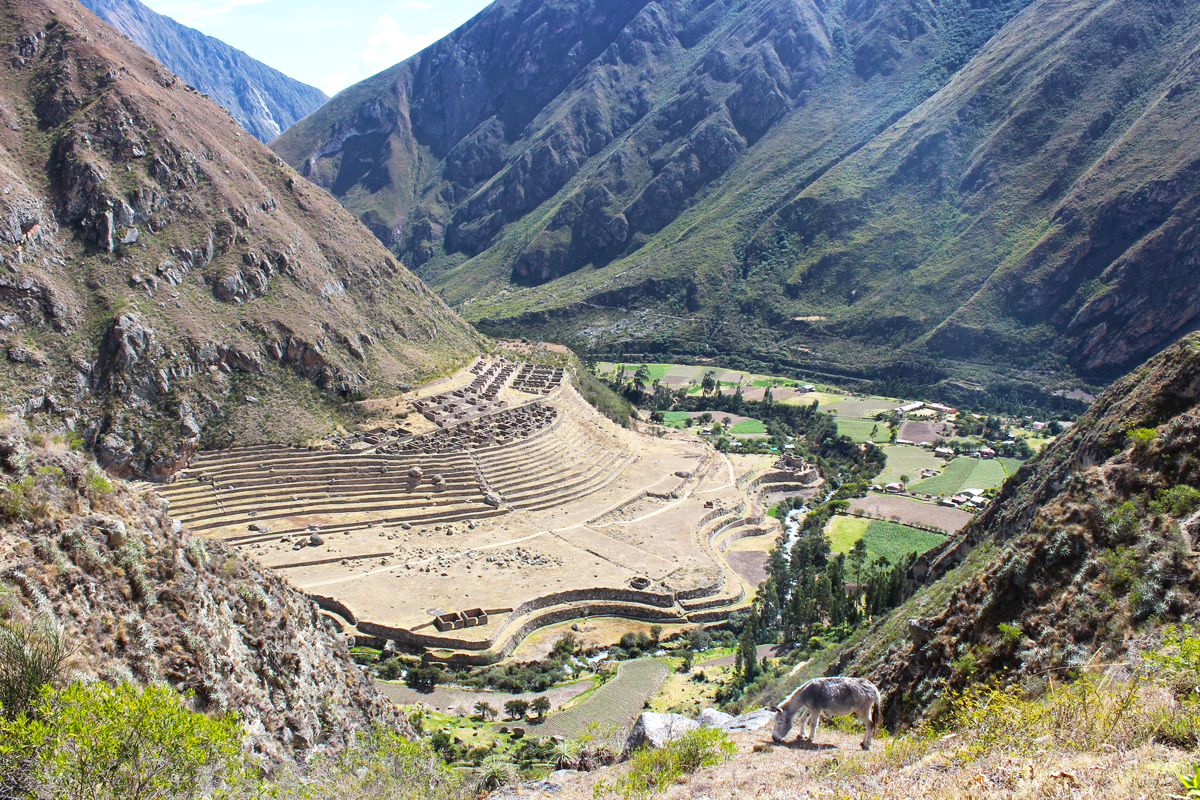 Day Two was a whole different beast. I had heard stories about the dreaded Dead Woman’s Pass, and thought really nothing of it as I have experience hiking in high altitude. I had not been informed it was a never-ending ancient Incan staircase, which really only hurts the ego more than the knees. I learned quickly to silence the negative thoughts in my head and just go for it. So, somewhat numb and in dramatic agony, we pushed on. And once at the top, looking out 14,000 feet towards the clouds floating off the Andean peaks, we took photos, feasted on carb blocks and laughed about how it really wasn’t that bad. 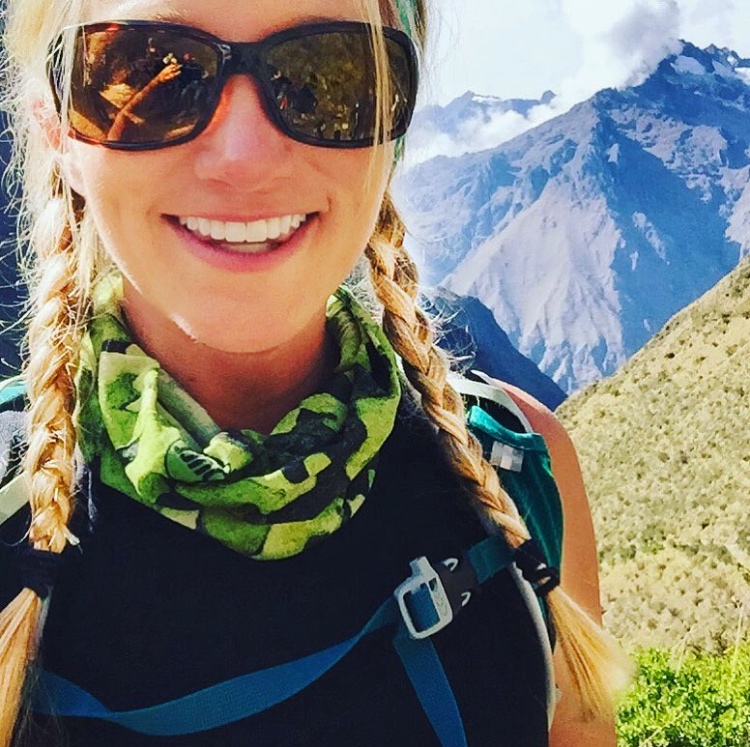 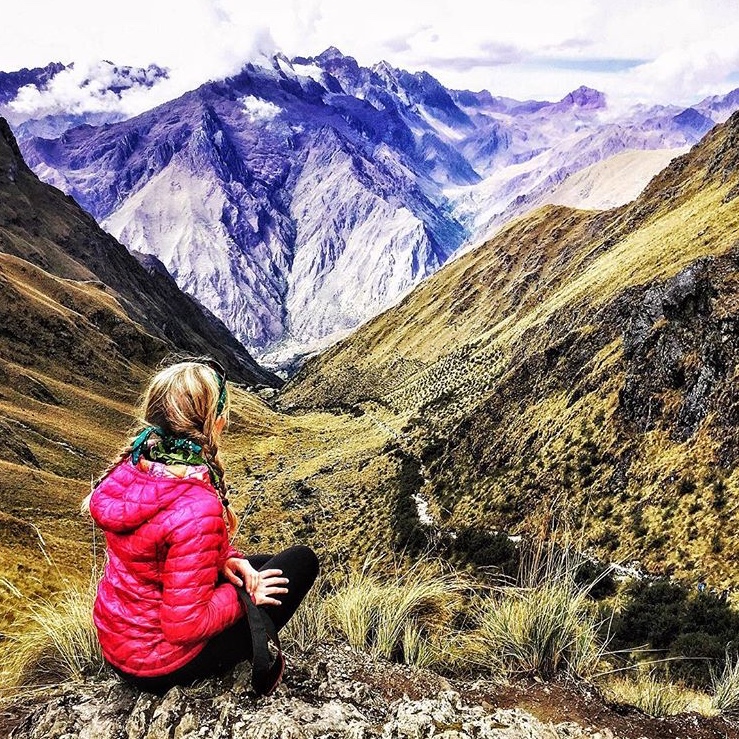 Day Three was a cultural and fun day, as we weaved in and out of Incan ruins, taking breaks on the lush grass, discovered a waterfall and attempted to make friends with the local llamas. Camping on the cliffs of the mountains was an experience in and of itself. There was no light pollution, and as we all stargazed under the Milky Way, I realized how far I had come. 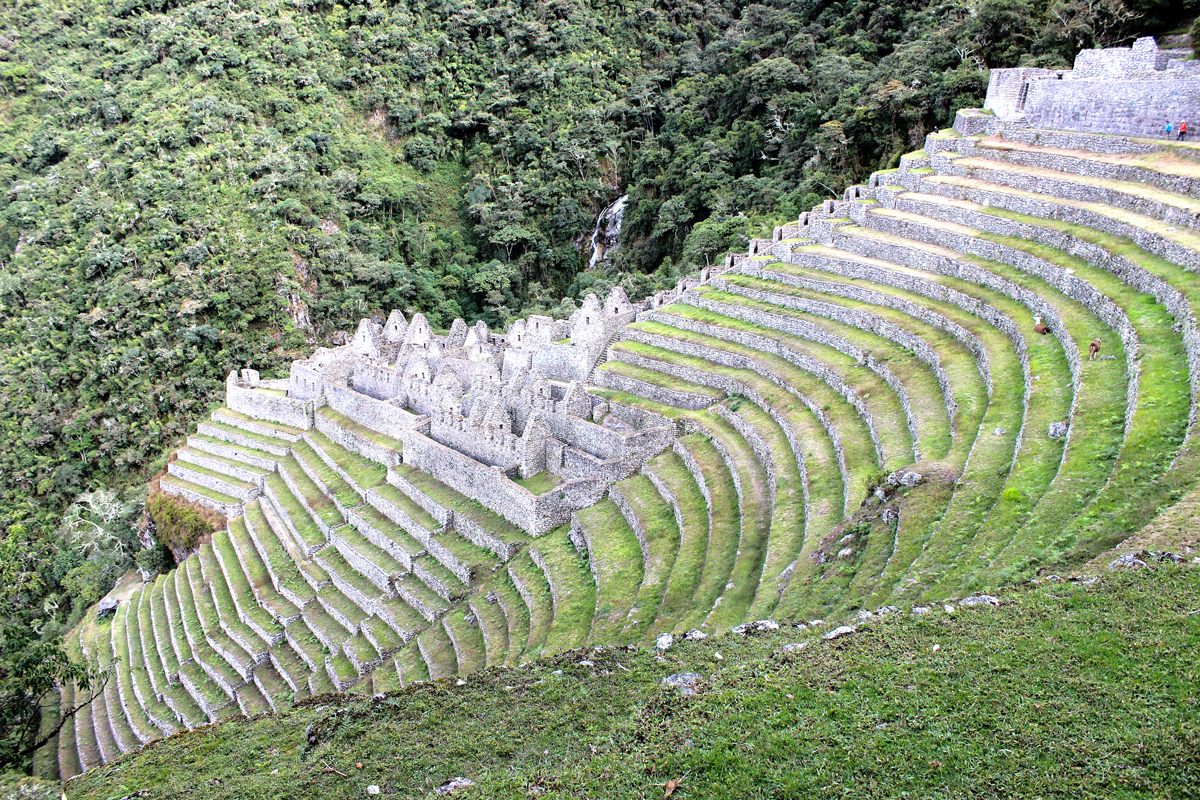 Day Four, the day everyone anticipates, came far too soon. We woke up hours before sunrise, and followed the headlamp lights to the Sun Gate as the sun started to rise up beneath the towering mountains that engulfed us. Climbing up the Sun Gate, I was rewarded with the sun shining light over Machu Picchu in the distance. In that moment we had all accomplished what we had set out to do, and the energy was something I will never forget. 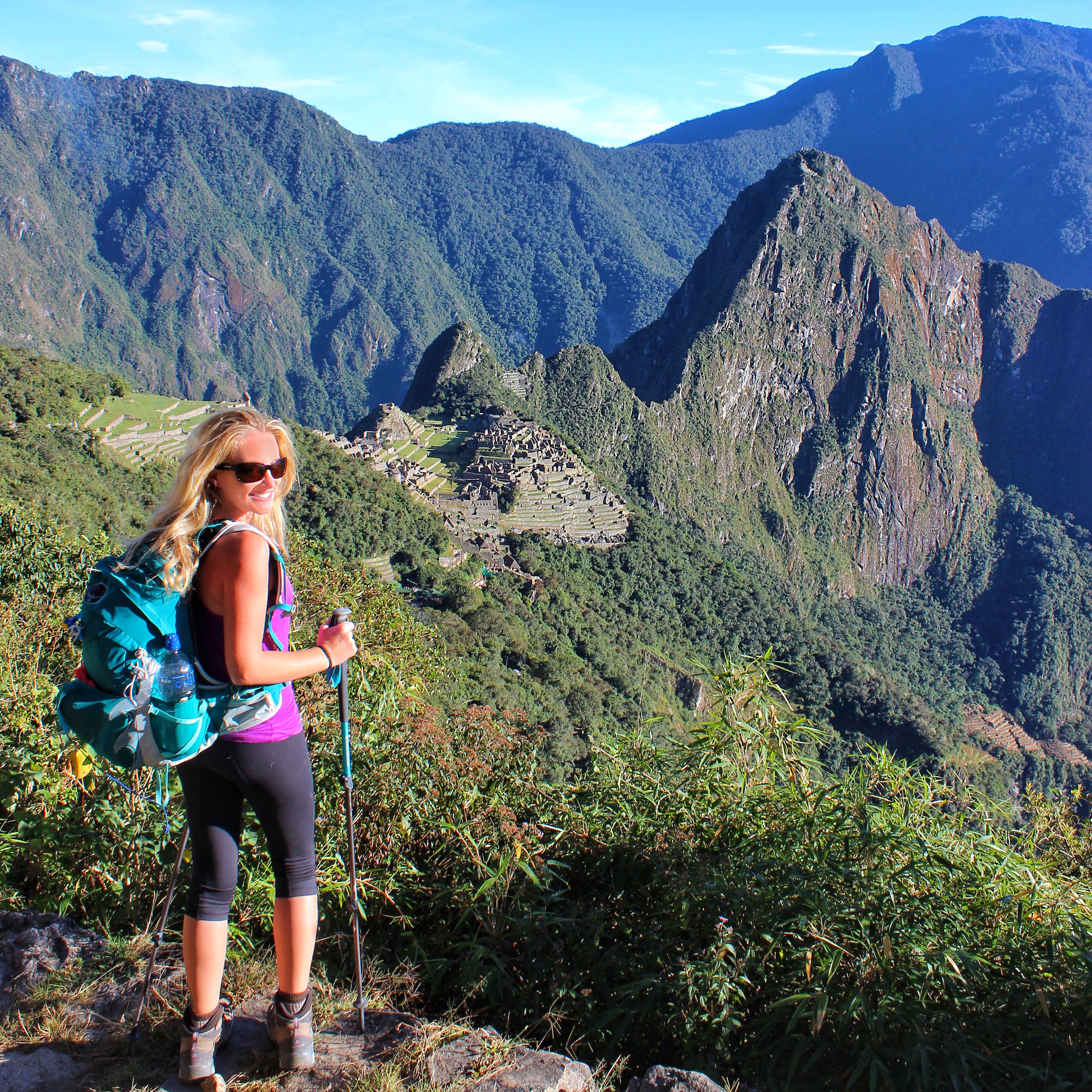 They say Machu Picchu is a spiritual place, a place of mystery and intrigue. A beautiful, lively and desolate destination once only accessed by a challenging, arduous trail. As I walked up to the ruins of a powerful past civilization, it dawned upon me that I indeed had a spiritual encounter in its own right. The warm sun began to shine on my tired, dirty body as I smiled and skipped down the worn stone path. My mind was at peace, and it was in that moment I realized that I had the courage and strength to live the life I had always dreamed of. 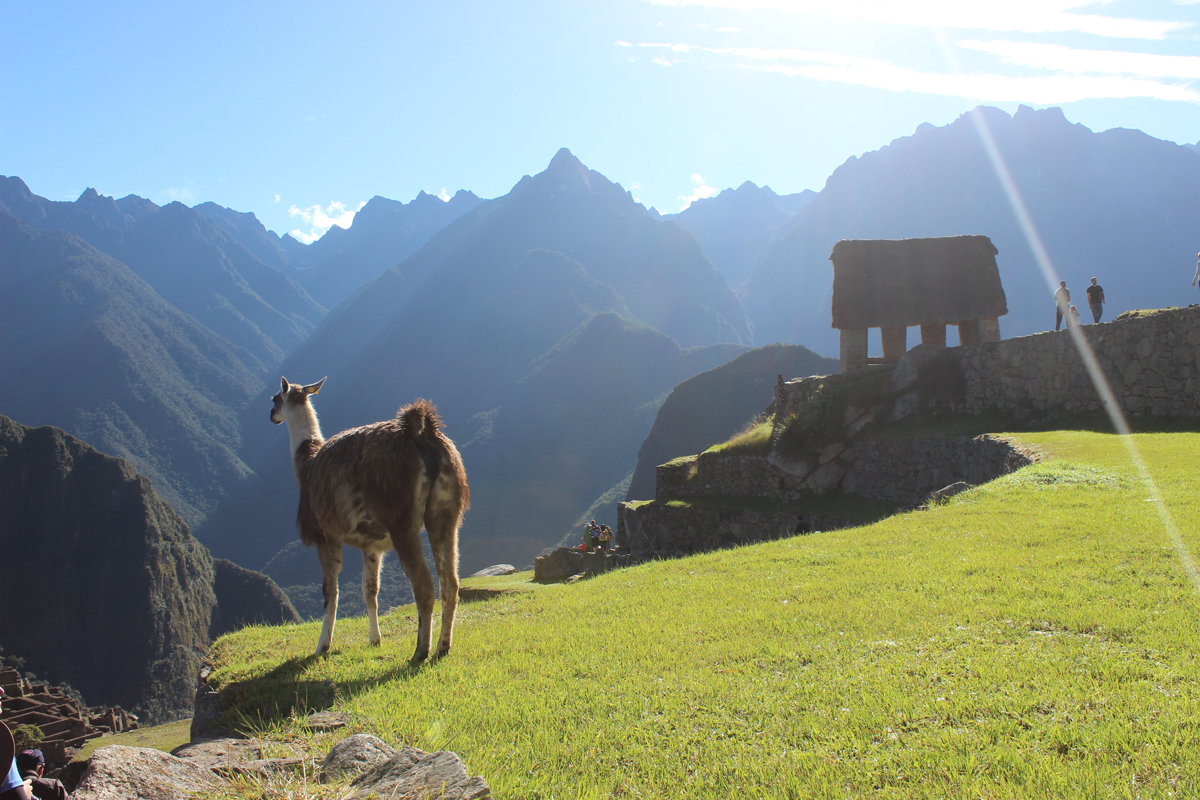 I learned it’s always easier to move forward and never go back. We can conquer our demons and doubts just like we conquer mountain peaks; moving slowly but surely, having the confidence in ourselves and always continuing to our destinations. I learned to get rid of the things in life that weigh me down, and to only take what I need. And finally, to take every moment in, as it’s the journey itself that will change and inspire you for the rest of your life. 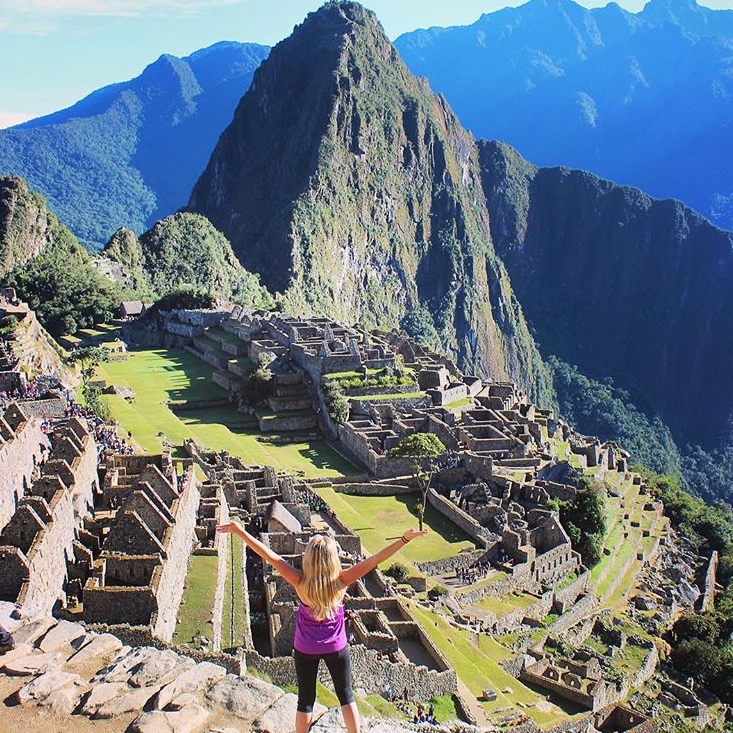 Founder and main contributor to This Adventure Life, Kirsten Alexis has passion for all things adventure and the outdoors. She is an avid participant in action sports, such as skydiving, paragliding, snowboarding, high-altitude trekking, mountain biking, surfing and more. She is passionate about inspiring others to live their wildest dreams as well as conserving the environment for others to enjoy for years to come.