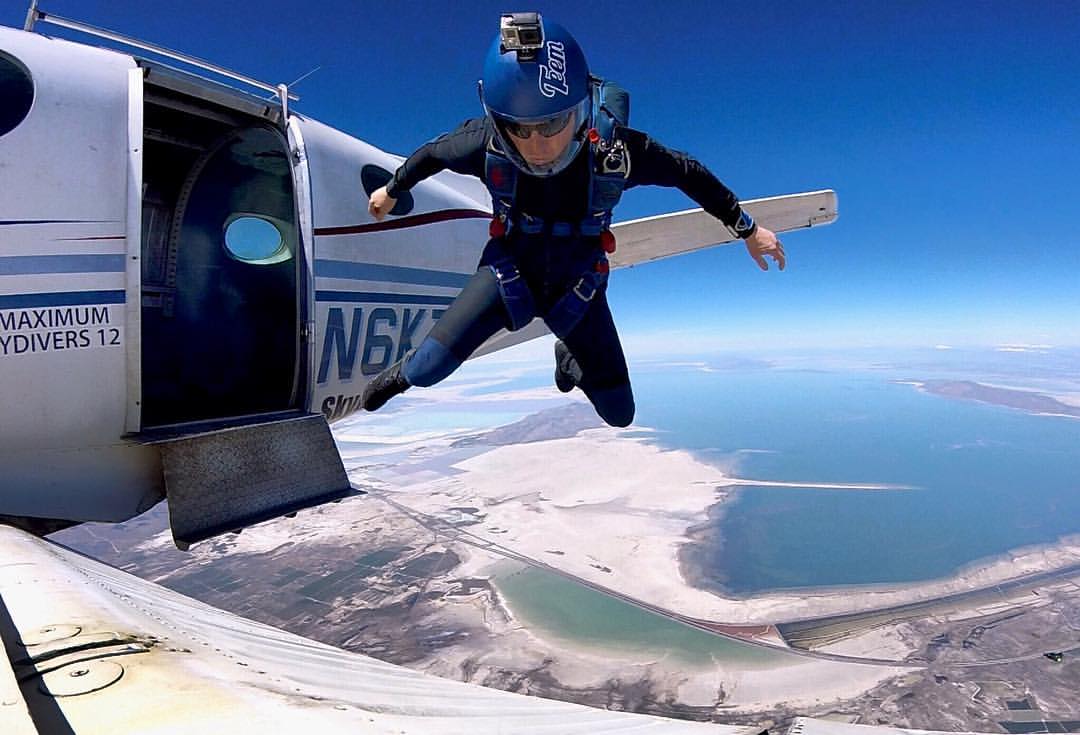 Garren grew up in Salt Lake City, Utah. As a young boy raised with two older brothers, he was exposed to all the things young boys do: jumping off of things and getting hurt. They rode bikes and would see how high they could jump, and would lay down to see if they could launch their bikes over each other without getting hurt. That was never the case.

His father was a private pilot and would often take him along. They would fly all over the Salt Lake Valley and beyond. He wasn’t exactly the “follow the rules” kind of guy, as they would the small Cessna 182 beyond its limits more often than not. He would attempt to fly in uncertain weather along with barrel-rolling the plane and attempting wing overs as the plane went straight up into the sky until it would stall.

As he spent a large amount of time at the local airport, little did he know that the people falling from the sky under colorful parachutes near-by were not only real but would ultimately be his destiny. Although he knew what was happening was real, it wasn’t until he was 18 that he realized that people actually DO skydive for fun.

After graduating high school he earned an Associate of Applied Science in Aviation and also and A&P certification that allows him to maintain aircraft. He currently works for The Boeing Aircraft Company as a Manufacturing Engineer. Prior to this position at Boeing he was an aircraft Mechanic for 8 years, working on Sikorsky Helicopters and The Boeing 787 airplane. He also works part time at Skydive Utah as an AFF-I, Coach and Videographer.

He spends his free time playing and exploring with his Blue Heeler dog named Forrest, his best friend and adventure buddy. 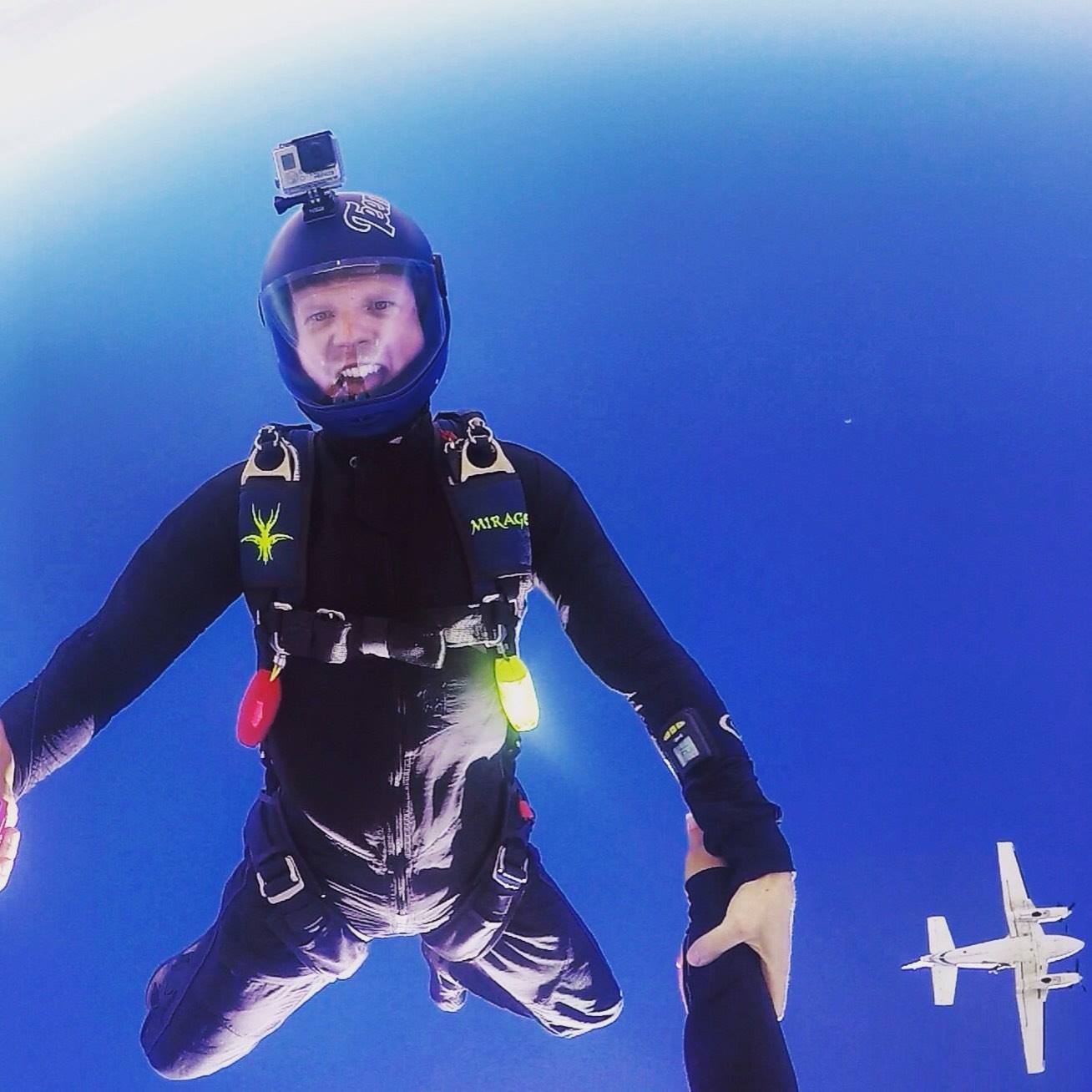 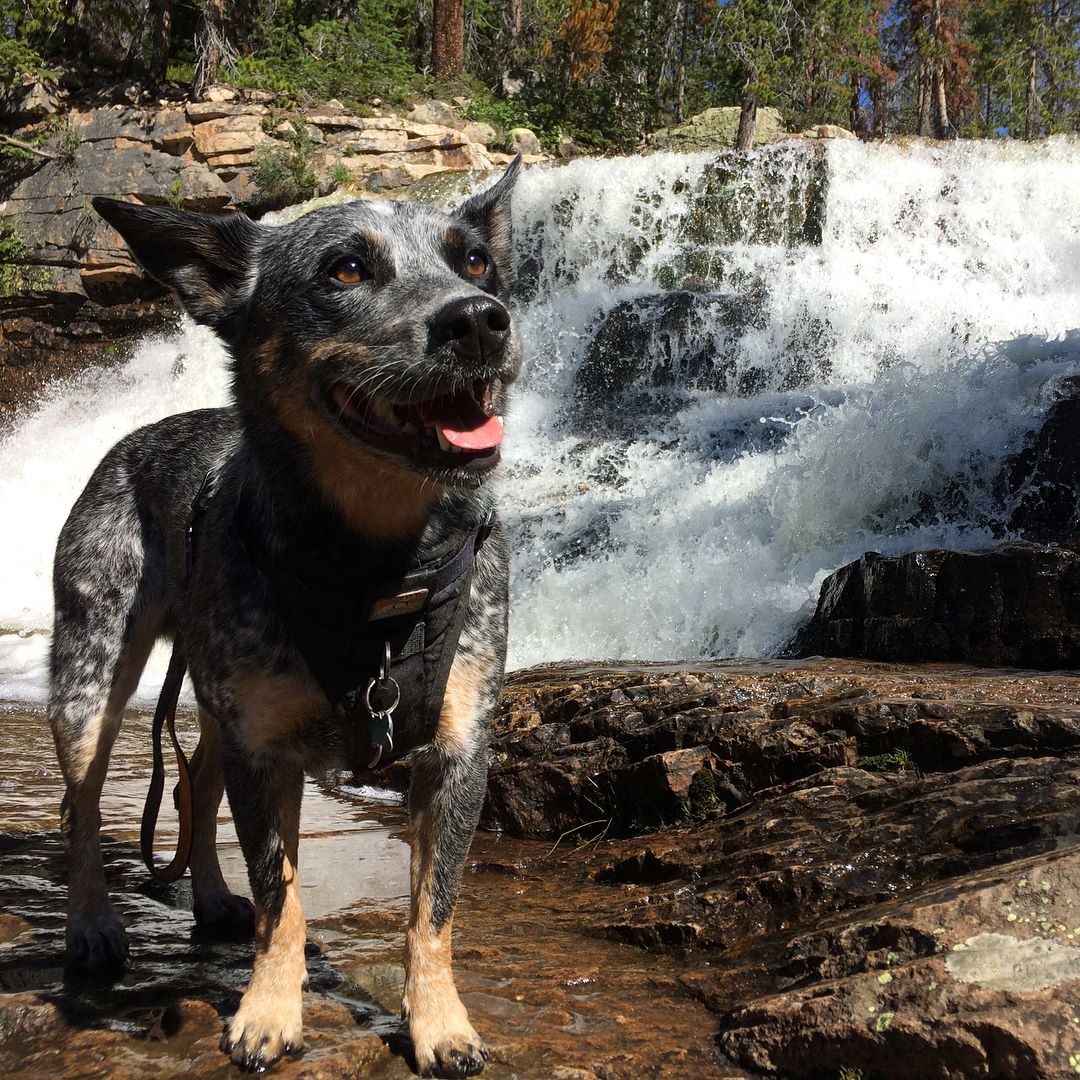 ​How did you get involved in skydiving, and how has it positively changed your life?

I made my first Skydive when I was 18 in 2005 with a group of 8 friends. That day, as we drove to the airport, I had a strong sense of fear. Fear of the unknown, but also a familiar fear. As we approached the final turn towards the airport, I had a bit of euphoria along with what I believed to be de-ja-vu.  All throughout my childhood I had experienced dreams of immense fear that looked just like the place I was approaching on jump day. Once I made that first jump, I knew that I was meant to skydive. And thus, the fear and reoccurring dream, had dissipated.

It wasn’t until 2012, that I was finally able to financially support skydiving and begin my AFF course and further my ever developing career in skydiving. I also had a major shoulder injury that left me waiting on the ground until I was able to have the damaged shoulder repaired in order to safely and athletically perform in skydiving.

Once I earned my A license, I have forever been progressing and experiencing the extremely rewarding sport of free fall and parachuting. Now, holding a B, C, and D license along with a PRO Rating, AFF-Instructor and Coach Rating in which I am able to share my passion of the sport with all of the new-comers that arrive at my weekend employer and home DZ, Skydive Utah.

I have also had the great opportunity to be a part of the JUMP FOR JOY demonstration team where a group of skydivers, led by Neil Amonson jump into elementary schools, middle schools and high schools all around the country to help inspire young people to fallow their passions. You can see more at jump-4-joy.org

Skydiving has positively affected my life in so many ways; I feel after skydiving, that I am able to accomplish anything that I put my mind and body to. It has given me mental strength and the ability to look at the fine details of life and the risk over reward that may be involved in everyday situations. I wake up every day with excitement knowing that I am doing something I truly love from deep within myself. 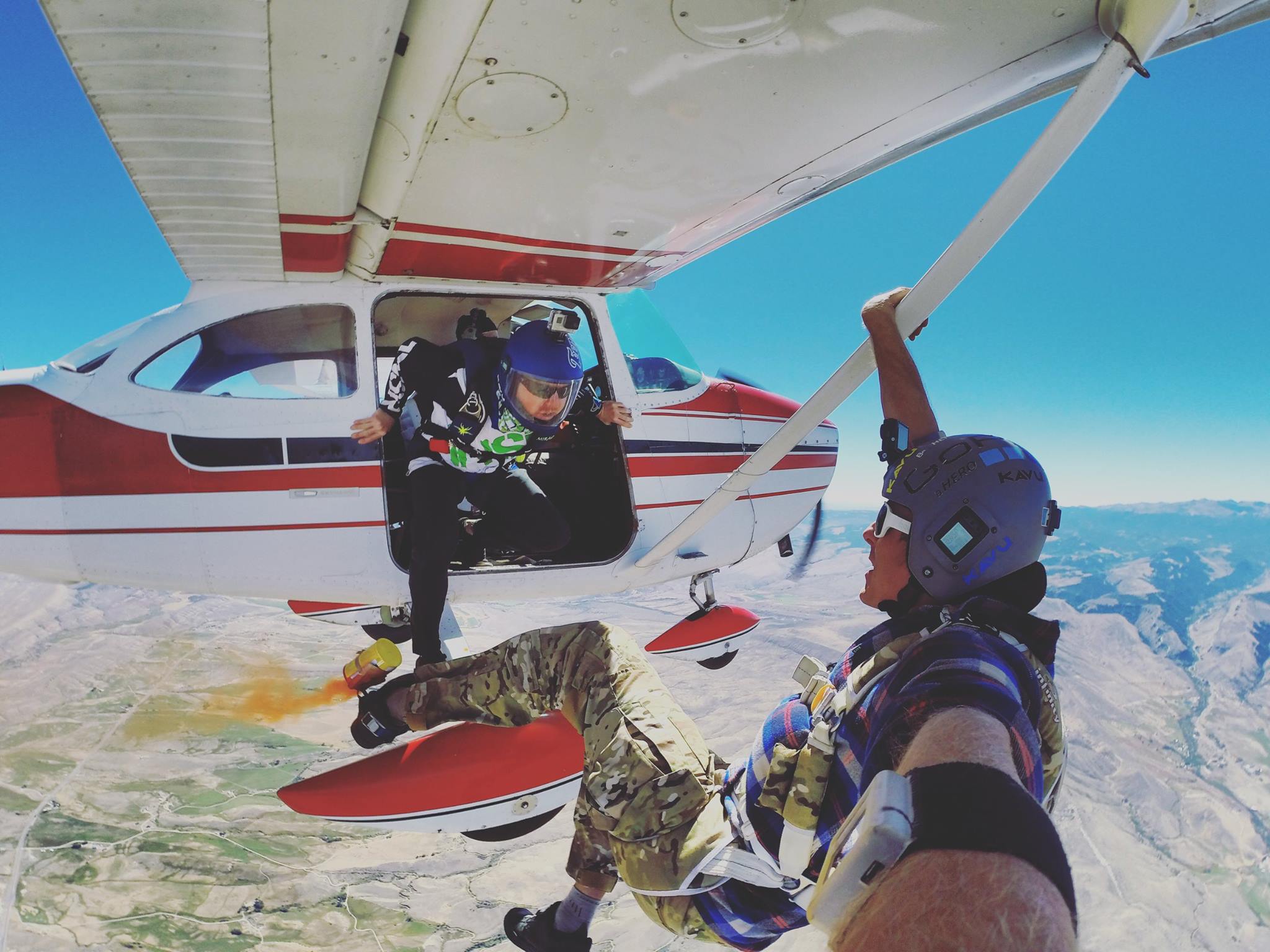 What has skydiving taught you about living life?

I now live life with full appreciation, and not to sound too cliché, but I feel that I, along with everyone else, should live their life to the fullest. To never underestimate your abilities and to always put your dreams first. 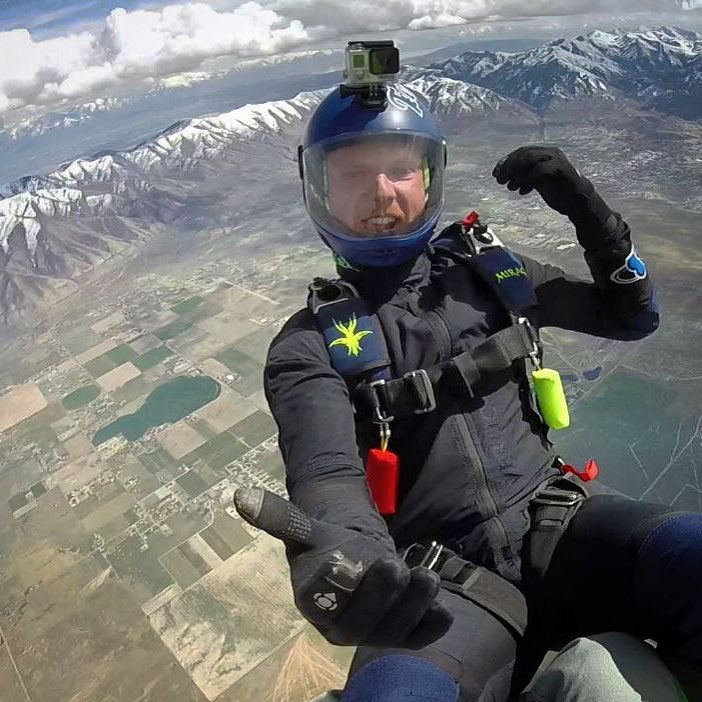 What is the best part about being a skydiving instructor?

Being a skydive instructor has so many benefits. I get to greet new faces all the time. I get to see the fear in the students that I once felt, and I get to help them appreciate and understand that fear. Every day I am able to share my love with others that have a similar passion and give them all of the knowledge that has been given to me. I absolutely love teaching new skydivers, and also learning every aspect about skydiving from my mentors as well. 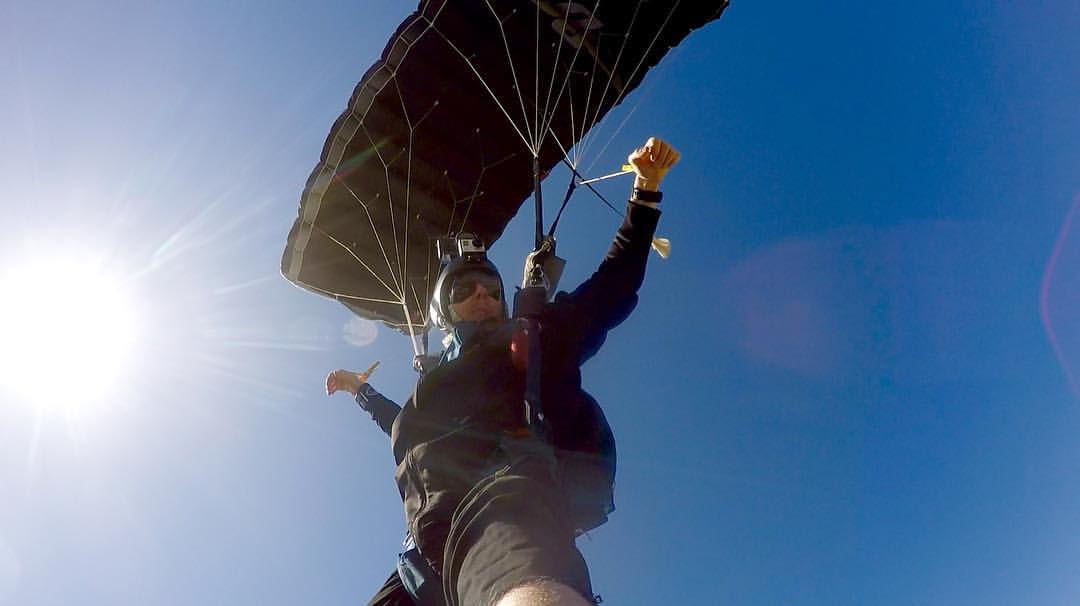 What are your goals in skydiving, and how are you training to achieve them?

My goals in skydiving include: being a forever, open book and learning all aspects of the sport that I can, whether it be free flying, wingsuiting, canopy flying and swooping, belly flying and all dynamics of the sport.  Although I don’t have much time spent in the wind tunnel, a large goal of mine is to accomplish 10 hours of tunnel flying during the winter of 2017/2018.  I want to hone in on my free fall skills so that I can fly with all of the talented skydivers out there, and to never feel inadequate in my skills. And who knows, maybe join in on one of those big way vertical world records. 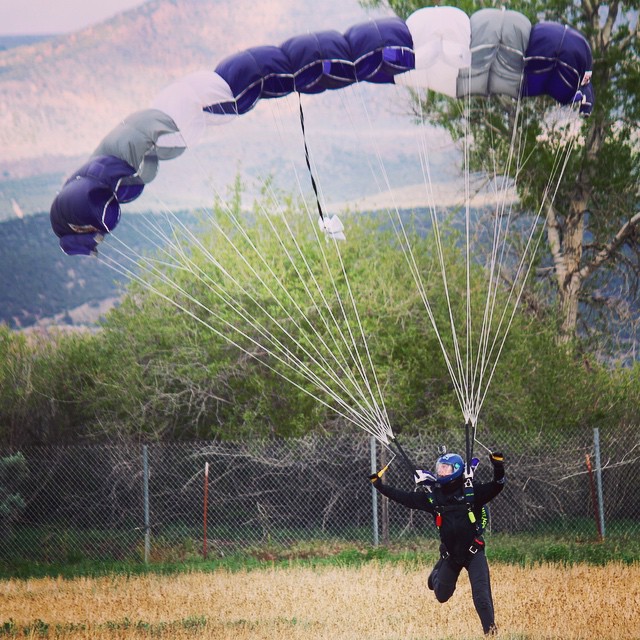 What has been your most memorable jump to date?

I have so many memorable jumps to date but one that stands out most, the time I jumped into my grandparents’ property to surprise my grandmother on her 80th birthday. Their 3-acre property, located about 3 and half hours east of Salt Lake City, was the perfect setting.. It shocked my grandparents and excited them to know that I am capable of such a mysterious feat. It will forever be a happy and heartwarming memory for me to share that with my grandparents and especially for my grandmother’s birthday, which was later, unknowingly, to be one of her last. 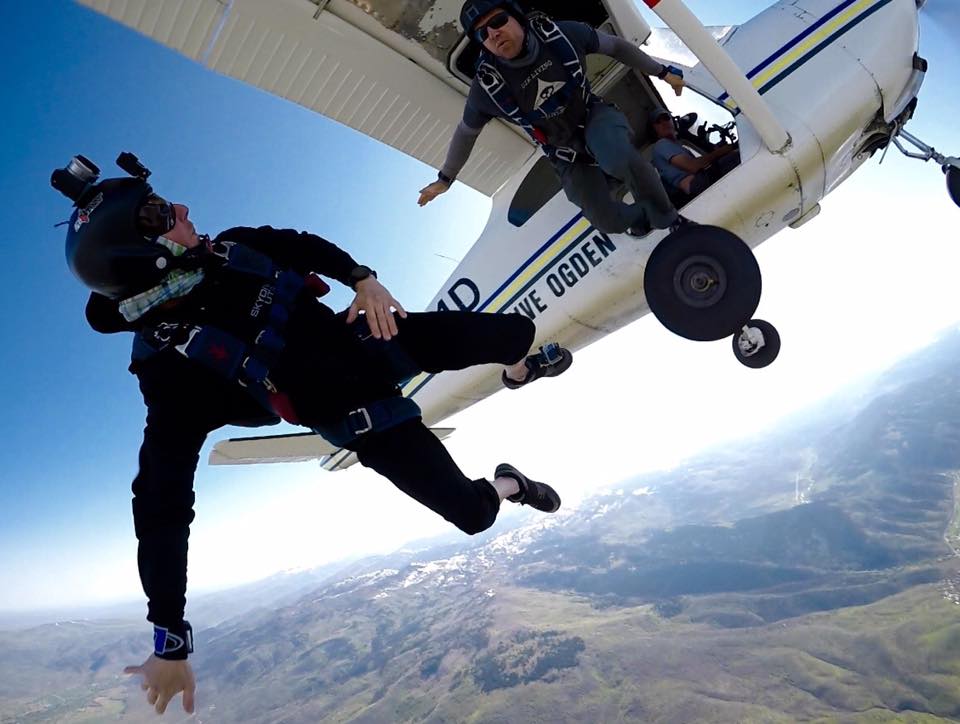 What are your favorite activities and adventures to do outside of skydiving?

Although skydiving is my primary sport, I enjoy many other things outside of falling for fun. Music, and playing music have been large part of my life, as well as cooking. Especially cast iron and outdoor cooking. Before I started skydiving, I was very active with fishing and backpacking in the Uintas. 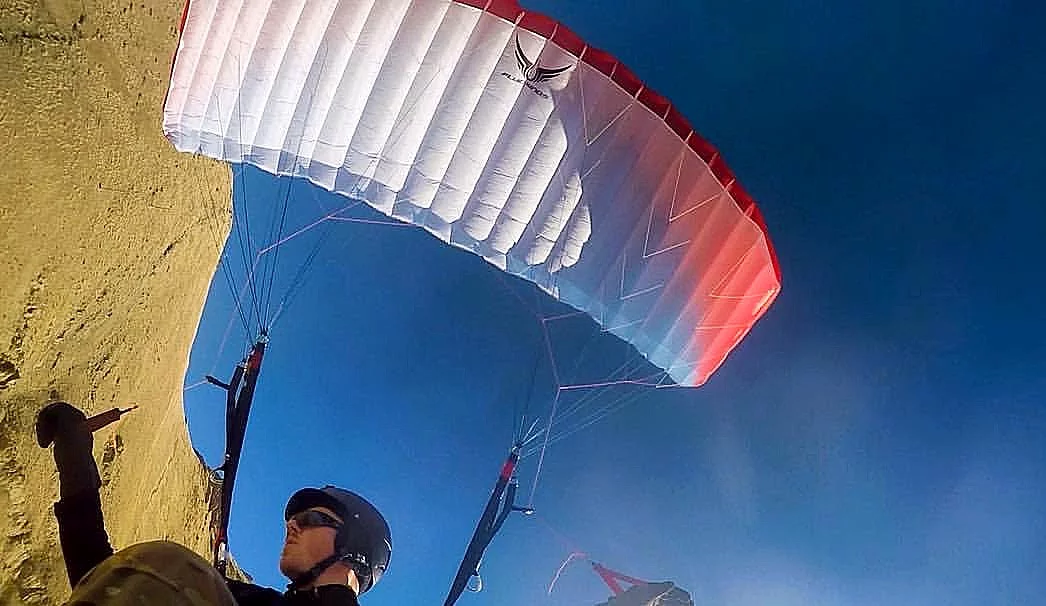 Who do you look up to? How do they inspire you in how you live your life?

A couple of my biggest mentors are Mike Chapman, and Marc Warren, DZO’s and managers of Skydive Utah. I look up to all my skydiving peers and especially the ones I have created deep bonds with. They inspire me to always have fun to do always do the best I can. 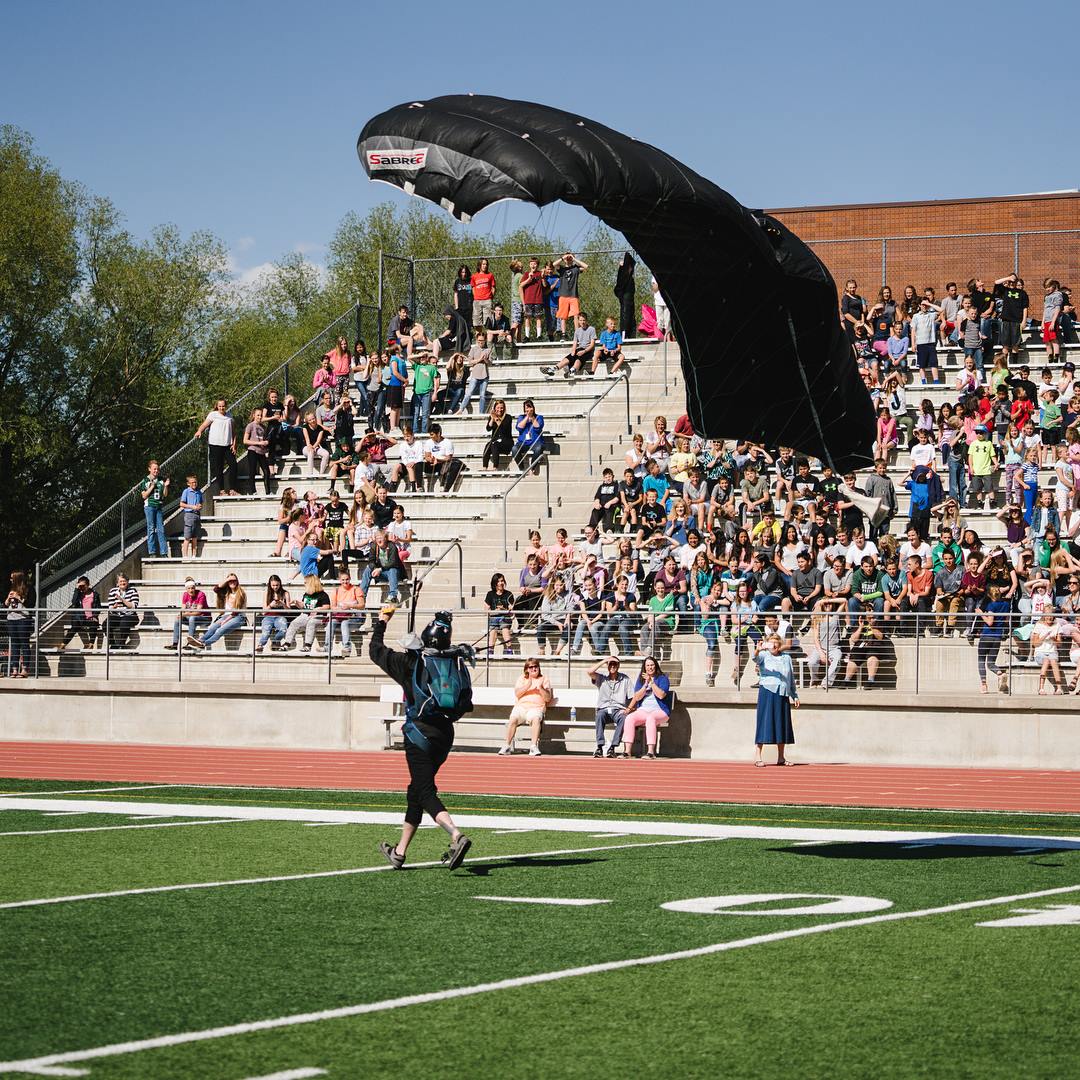 Again, not to be too cliché, but my advice to anyone out there that want to live life fearlessly and to pursue their wildest dreams, I’d say to never give up. Never allow someone to tell you that you’re too small, too fat, too slow, or too wild. Do whatever the hell it is that you want to do, and do it with your entire being. 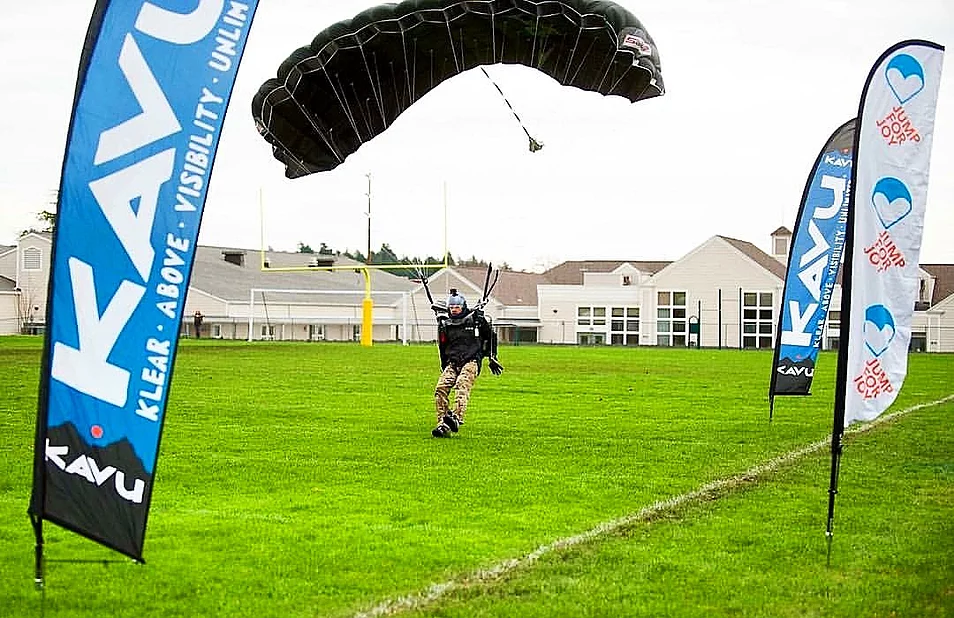 What is your next big adventure?

My next big adventure is continue my pursuit with speed flying. And eventually paragliding. Something about that high paced action packed sport of skydiving, wants me to get to the chill side a large paraglide wing. Love beautiful places that I have seen it take many people around the world, has be day dreaming about it more and more each day. As for skydiving, I will continue to push it full throttle and hold on for dear life. 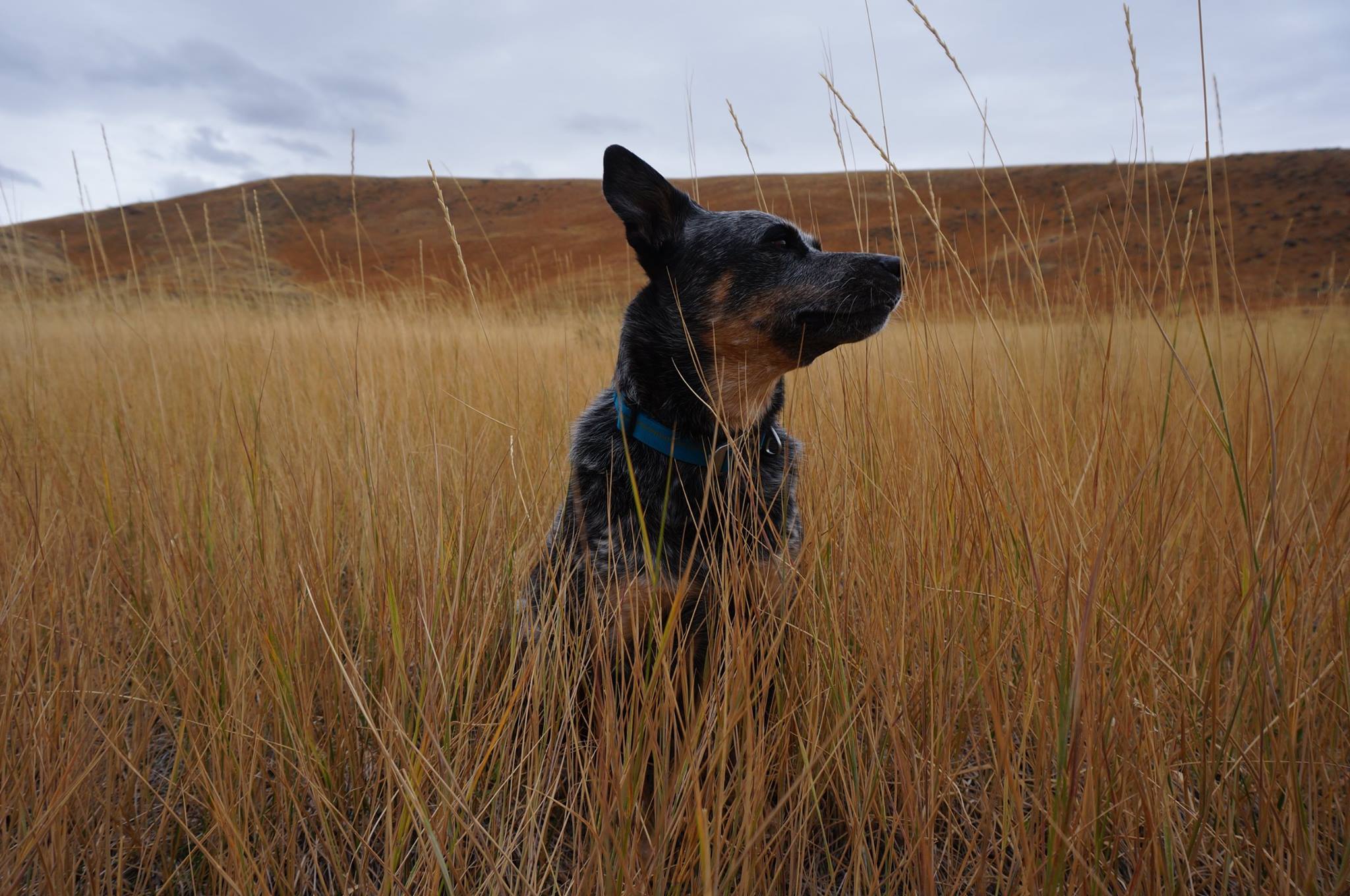