Jeroen is a self-taught photographer whose main focus is on landscape photography. In addition, he also cherishes a not-so-secret love for Iceland – the ideal combination.

​He found his passion for photography very early on when he found an analog Canon SLR in his attic at the age of 10. He was immediately fascinated by using this analog beauty, which he still has in his possession today. For a reason that is not really clear to him, he lost track of this fascination. It took him until 2013 until he started actually exploring the photography world further by buying a DSLR. After discovering the beauty that is Iceland he found a new passion for landscape and nature photography, which he still chases today. Everything he knows and does in the photography world is what he taught himself by reading or just trying out in the field. In 2016 he moved to Iceland, where he now works in the tourism industry. 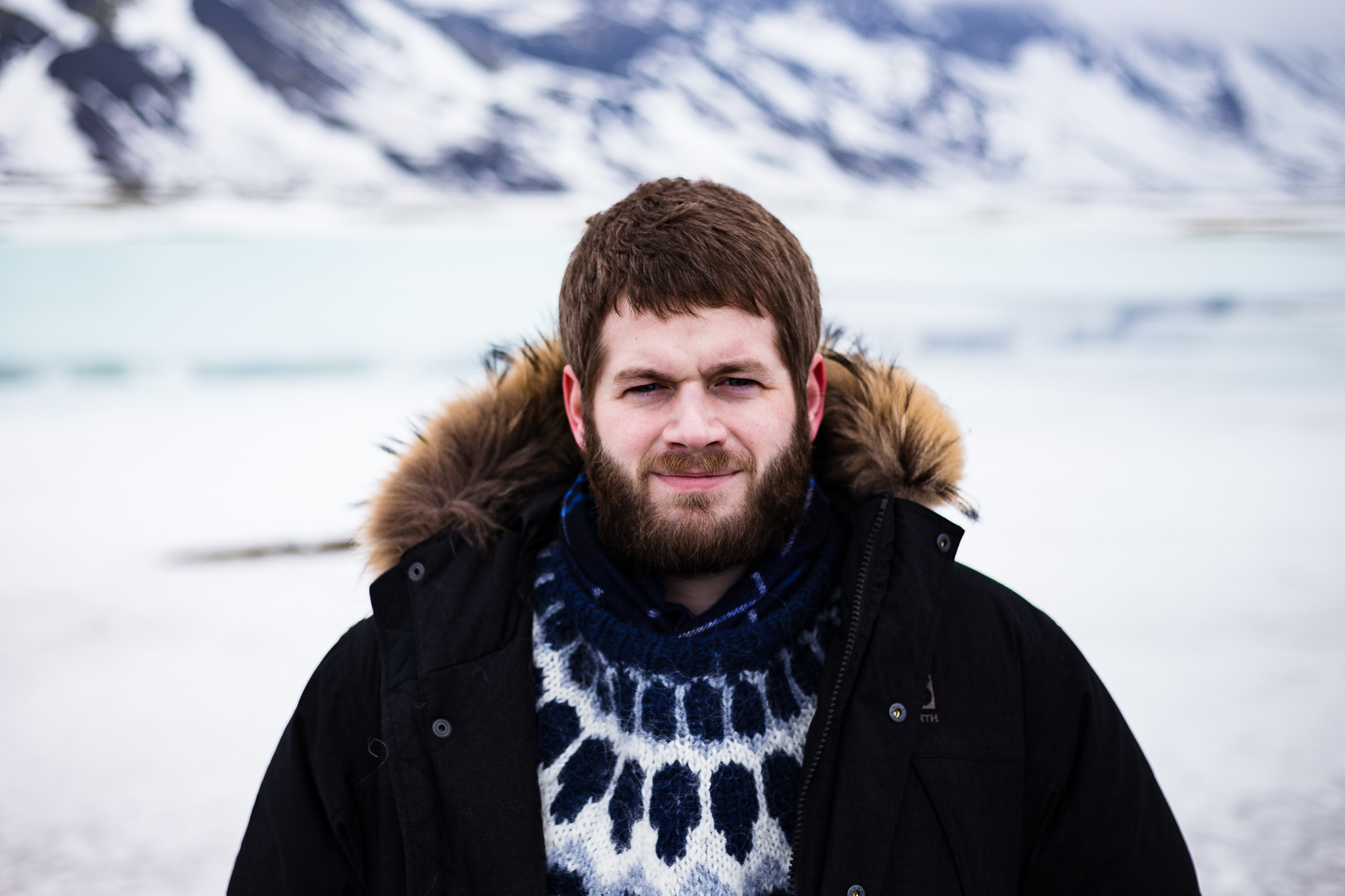 How did you become involved in photography, and how has it made a positive impact in your life?

I think I have always had an interest for photography – even at an early age but I really got invested in it during one of my third trip to Iceland. At one moment, I think after my second trip to Iceland, I quite impulsively decided to just go there for a weekend with just one goal: seeing the Northern Lights. The forecast was really good for the weekend I was able to fly there but the cloud coverage was not. So I just rented a car and decided to start following this hole in the clouds during the day so I would be at the right place when the sun set. I ended up close to the infamous plane wreck along the south coast of Iceland when the Northern lights started. I made some of my most favourite photographs during the 2 hours the show was ongoing. I think the whole “thrill” of chasing the weather and chasing the aurora is what, in the end, get me hooked on photography. The chase of being in the right place, at the right time, just to capture that one shot you’re going for – that’s what I love most about it.

The biggest positive impact this has made on my life is that I started traveling to Iceland more. It even resulted in me moving to Iceland. It has changed my lifestyle and mindset so much that I don’t feel like I am the same person that I was before I started taking on more photography. 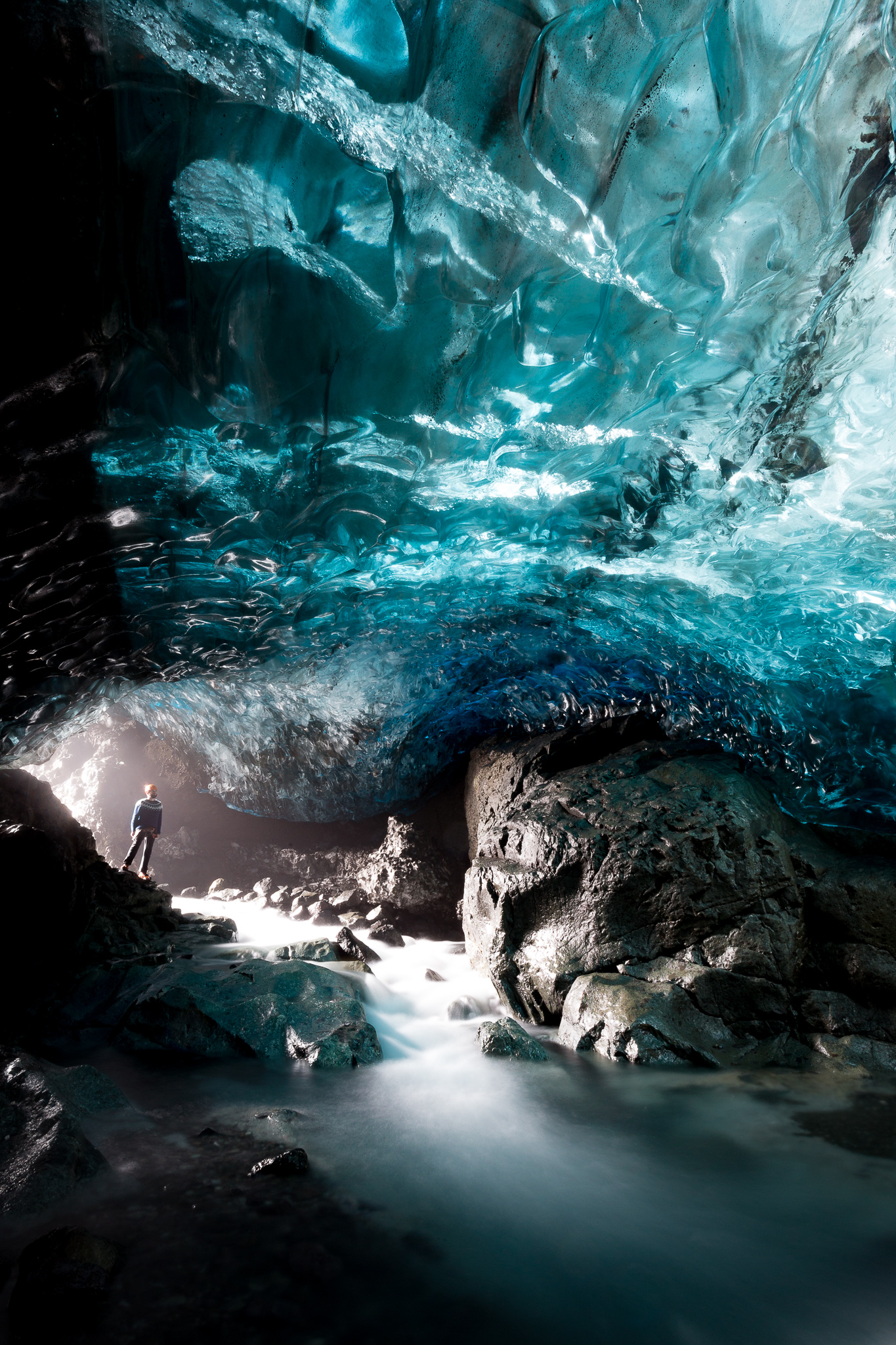 What inspired you to focus on capturing the landscapes of Iceland?

Everyone who has seen even a glimpse of Iceland agrees on the fact that Iceland is just a inspirational place – especially for photographers. I think what inspires me the most about it is that it’s always different. The difference between winter and summer, for example, is so big that it’s like two different countries. And then we’re not even talking about the infamous “wait 5 minutes and the weather will change”- saying Icelanders tend to tell tourists about. It’s really true! Even a location I’ve visited numerous times is always different for me. It never gets boring really. 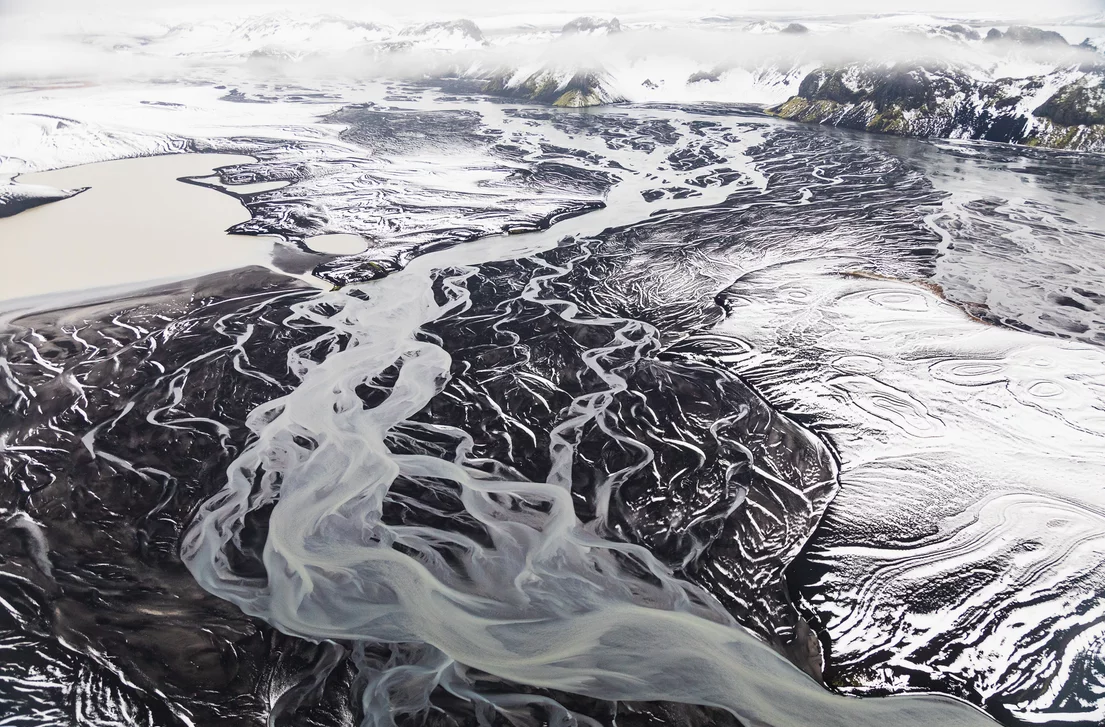 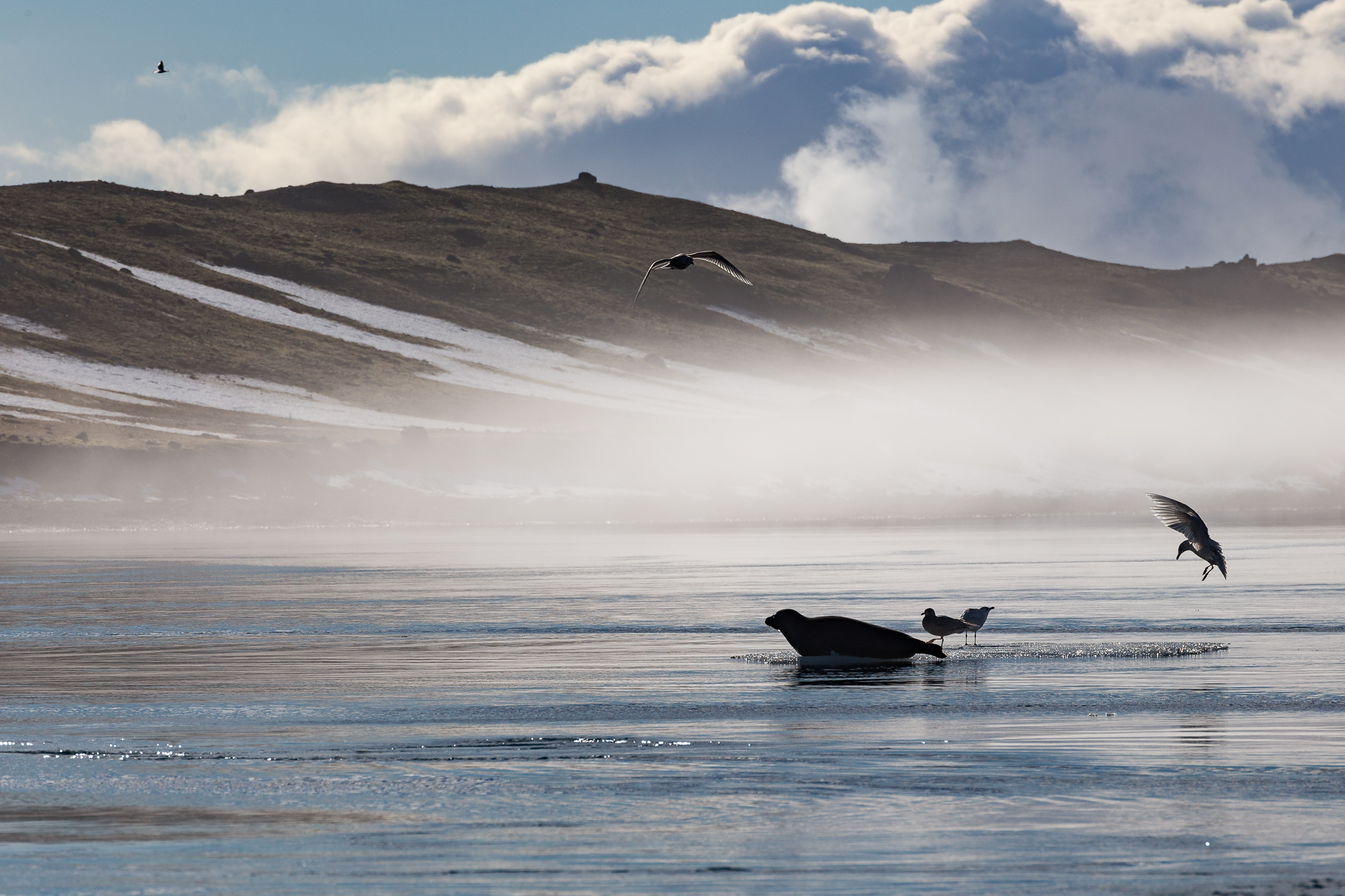 What impact do you want to make with your photography?

What I want to do with my style of photography is to show people you don’t need to focus on delivering an over-edited or manipulated photograph to show the beauty of nature (and more specifically the beauty of Iceland). I don’t really like to edit my photographs much more than adjusting contrast, shadows, light, etc. In my opinion our photographic view on nature is augmented too much by filters and creative edits nowadays. Every kind of photography (heavily edited or not) has its charm but I lean more towards showing the real thing, rather than an impossible edit.

My biggest goal is to be able to live off my photography by guiding people on photography workshops – some of that I am already doing but not nearly enough to my liking. Sharing my view and experience with people across the globe that have a similar view on photography as I do and learning from them in the process. 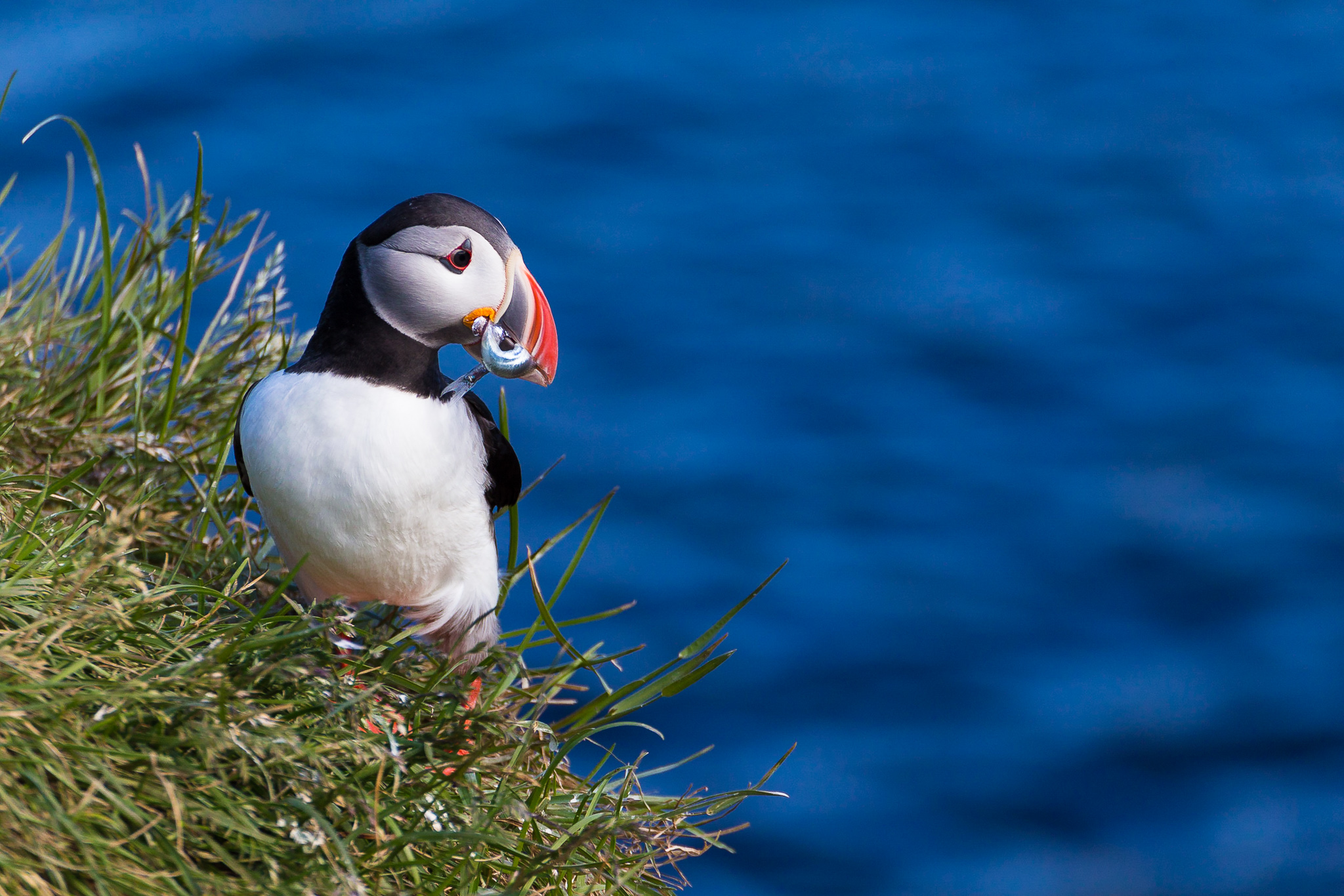 ​Where are some of your favorite spots for adventure and photography in Iceland, and why?

My favourite spots in Iceland must be Kerlingarfjöll and Þórsmörk (or Thórsmörk). Kerlingarfjöll is a mountain range located almost in the middle of Iceland. At the top there is a huge geothermal area that will captivate your imagination. I like it a lot mainly because there are usually not a lot of people around which gives you the feeling of being alone. It’s a special feeling when you have a place like that all to yourself. Secondly I think it also has to do with the scale of the whole area. The geothermal fields are so immense that it completely overwhelms you – even if you’re not into photography.

Þórsmörk is a valley located in-between 3 volcanoes, one of which is Eyjafjallajökull (yes, that volcano from 2010). It’s quite the adventure to get there because the road there makes you drive through in-between 10 to 15 rivers. In winter it gets even more adventurous because of all the ice around the rivers. But when you get there, you realise the effort was worth it. There’s a lot to discover there: from canyons to glaciers to arctic foxes (they come really close if you’re lucky). It gives you a really good taste of the Icelandic highlands without feeling too far away from society.

I elaborate about a few other places on my website as well. (Link: https://jvn.photography/my-top-5-photography-locations-in-iceland/) 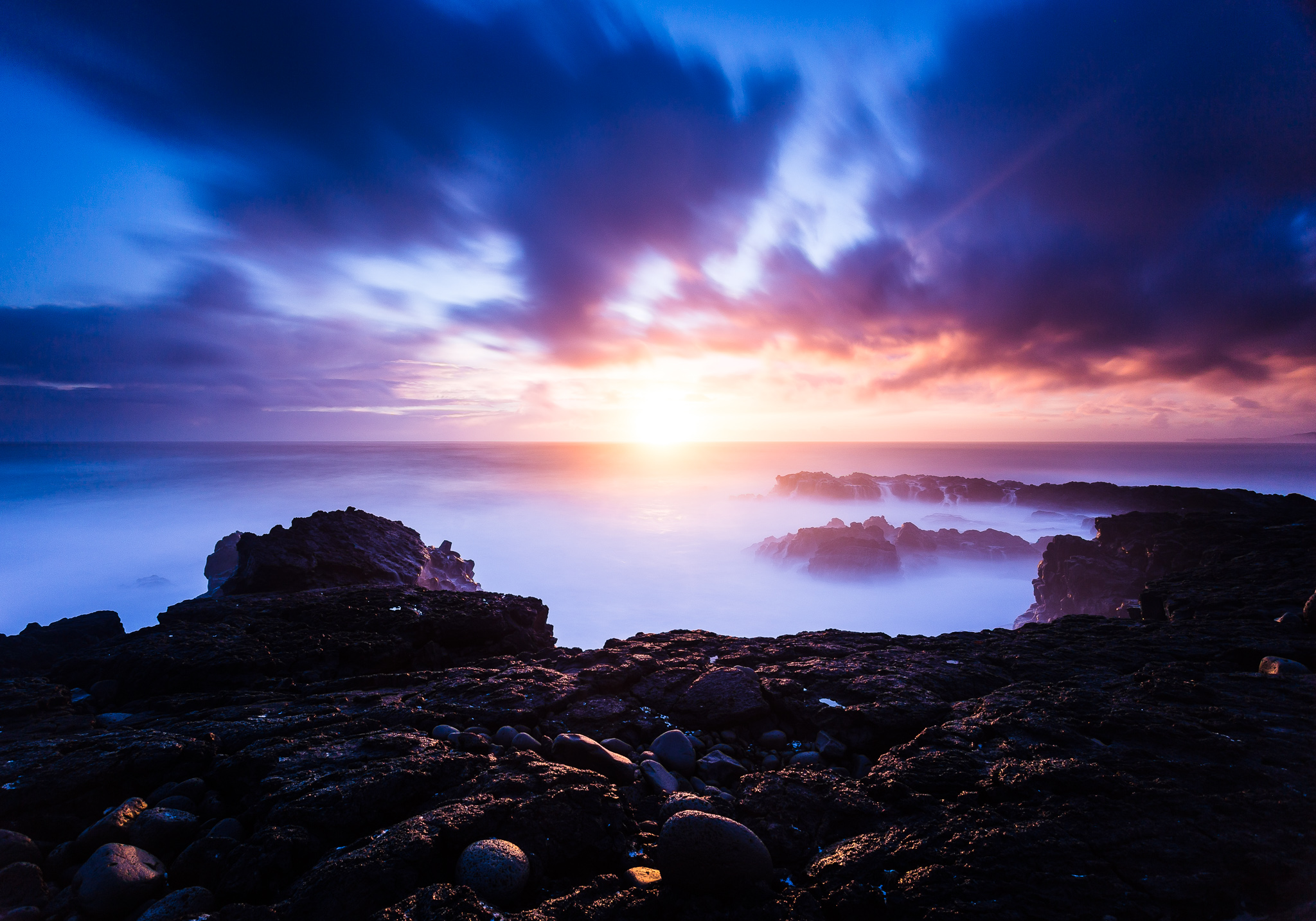 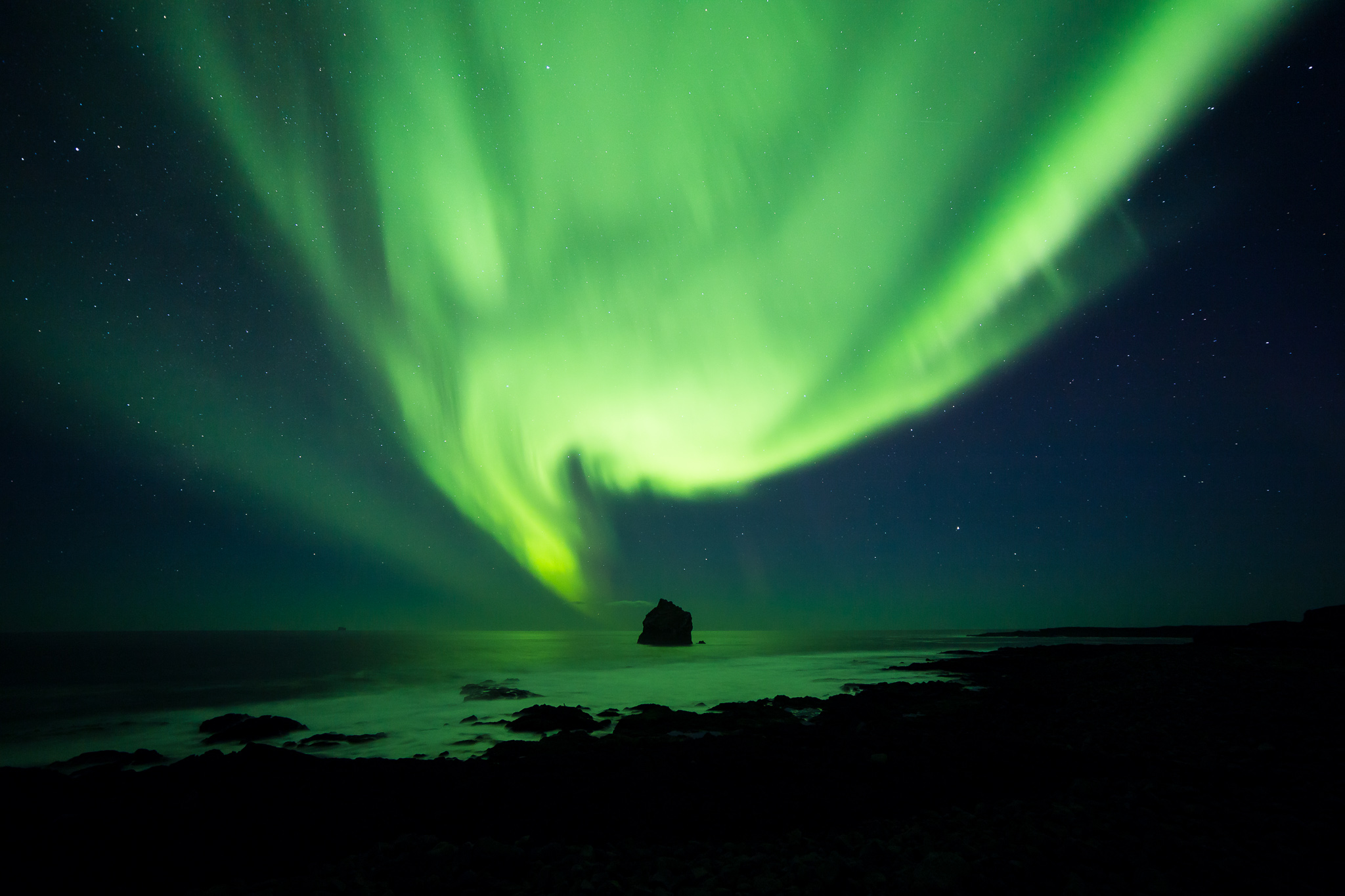 What are some of your tips for getting the perfect shot?

The best two tips I can give anyone to get that “perfect shot” are the following: use your time & do some research in advance. I think the first tip clarifies itself. Be patient and evaluate your subject. Don’t rush into a scene, take a few snapshots and leave. Look around! Take your time! Quality always goes above quantity. It’s better to have 1 great shot than 100 crappy snapshots. Doing some research in advance will also help you use your time in a better way. Make sure you know how to get to a certain spot, know what else is worth photographing there and figure out when it’s best to be there. Don’t be shy to look at what others photographed before you and use that to create an idea for yourself.  I wrote up a whole bunch more landscape photography tips in an article on my website. (Link: https://jvn.photography/10-tips-landscape-photography-iceland/) 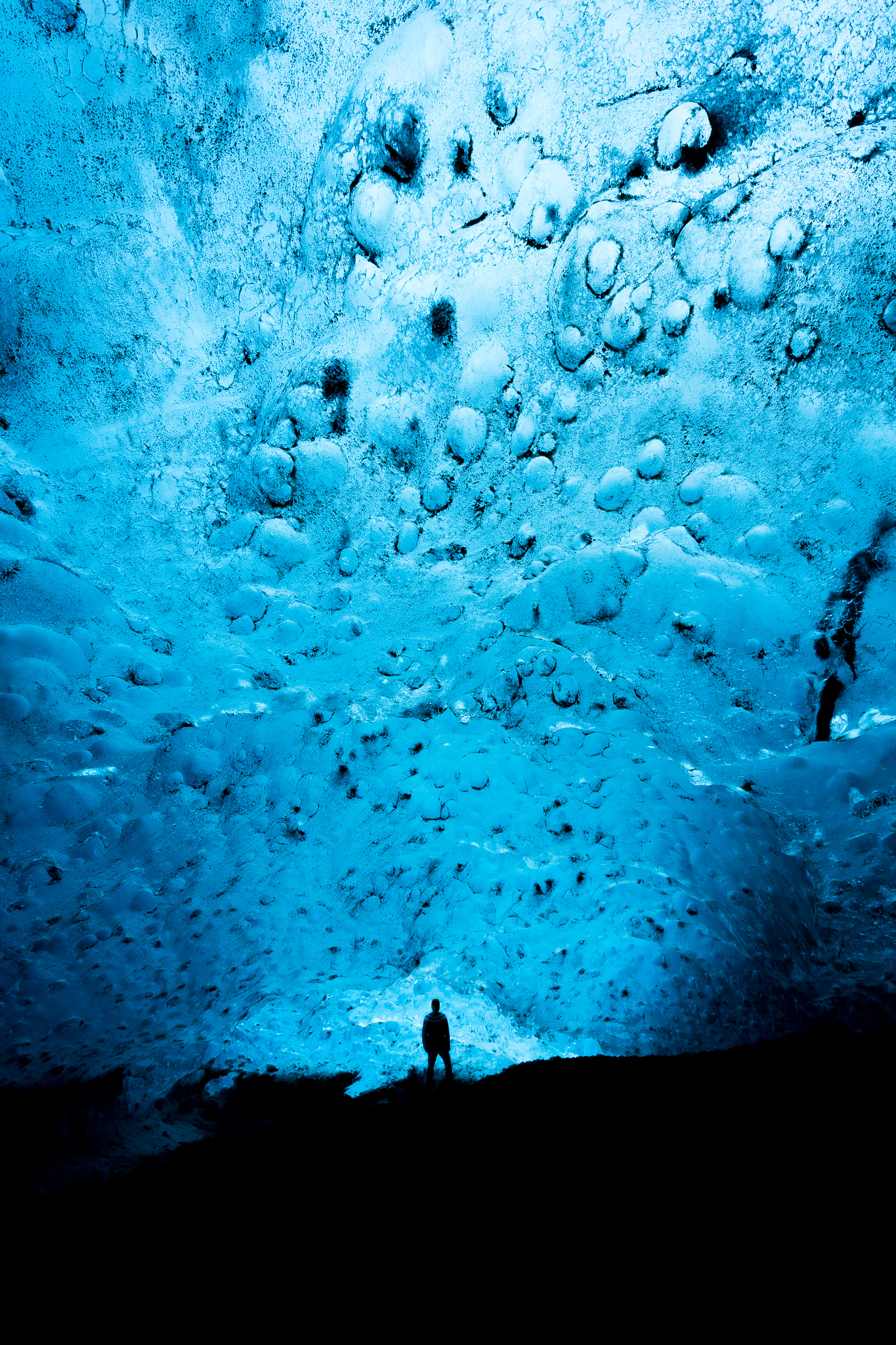 What gear do you use?

Currently I use a Canon 5D Mark IV with a variety of Canon lenses like the 16-35mm F4. My favourite lens must be the odd duck in the collection: a Samyang 14mm F2.8 – my favourite for capturing the Northern Lights.

What are some of your tips for photographing the northern lights?

There’s a lot to be said about how to photograph the Northern Lights but there are a few pointers that everyone should know. Prepare to be cold! The aurora is a very unpredictable phenomenon so prepare yourself to be outside for quite some time if you’re really determined to get a good photograph. I think another big pointer is that you should do some research in advance about what “facts” are true and false when it comes to the Northern Lights. I have heard people state the craziest things like “the Northern Lights will only appear when it’s cold enough” – this one is obviously a false fact!

I also wrote a really extensive article about it on my website (link: https://jvn.photography/photograph-northern-lights/). 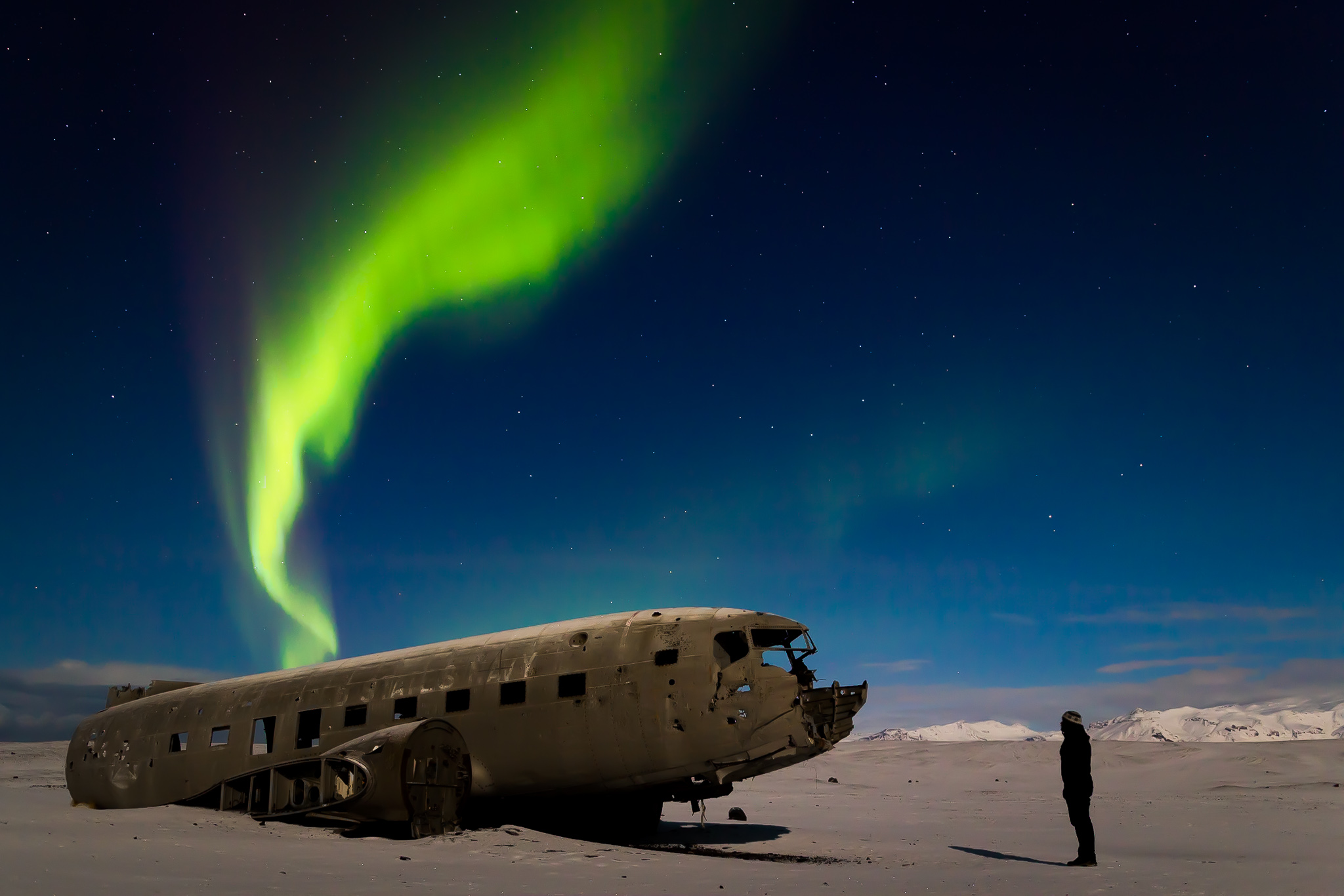 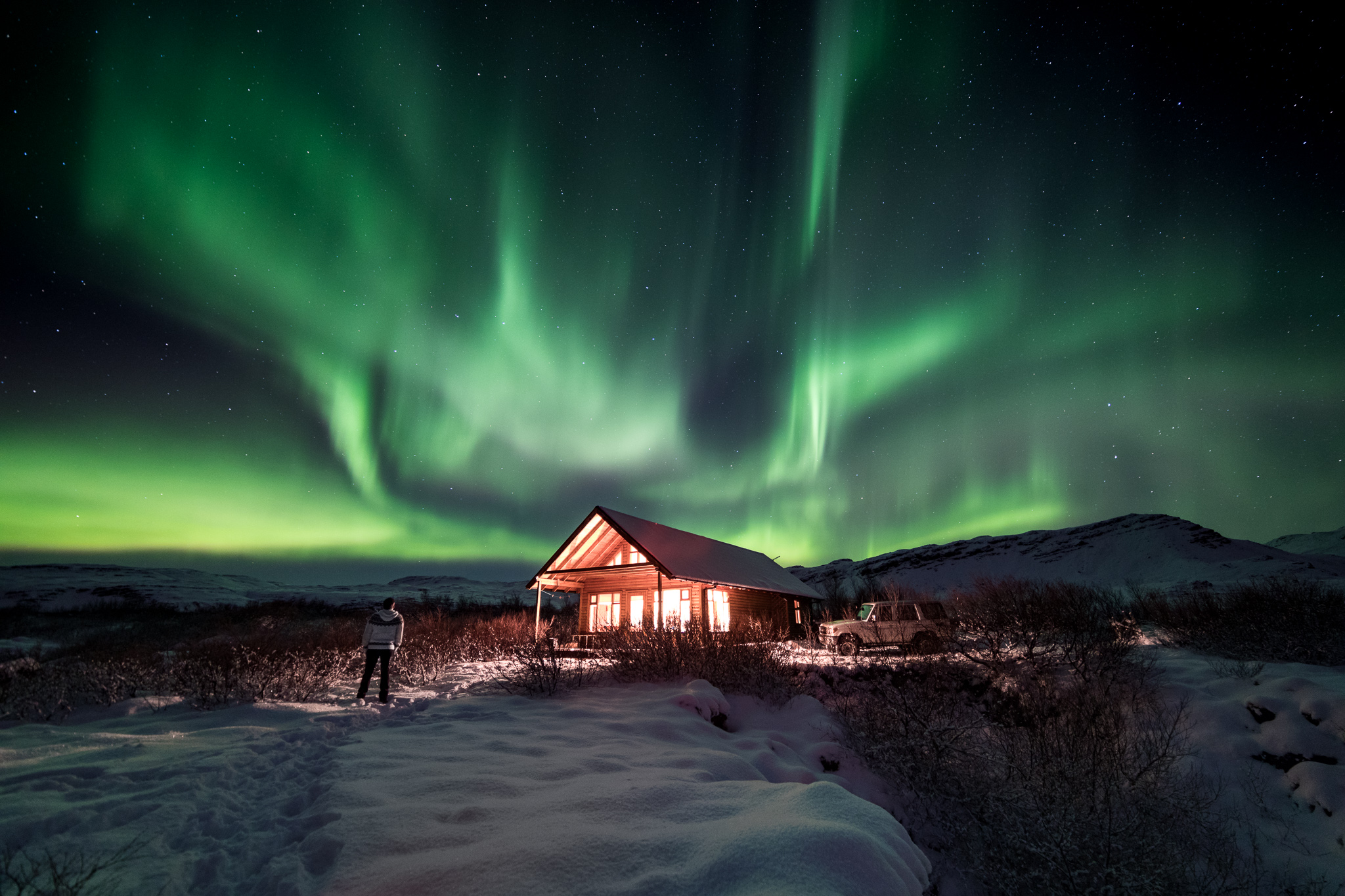 What advice would you give to someone looking into pursuing a career in photography?

Don’t focus too much on expensive gear in the beginning! I started out with a camera & lens that cost around 500 Euro and took some great shots with that combo. The best images are not necessarily made with the best camera gear but most certainly by someone with a great knowledge of how it all works. Educate yourself, experiment and most importantly, don’t be afraid to fail! The best way to improve is to learn from mistakes you made. 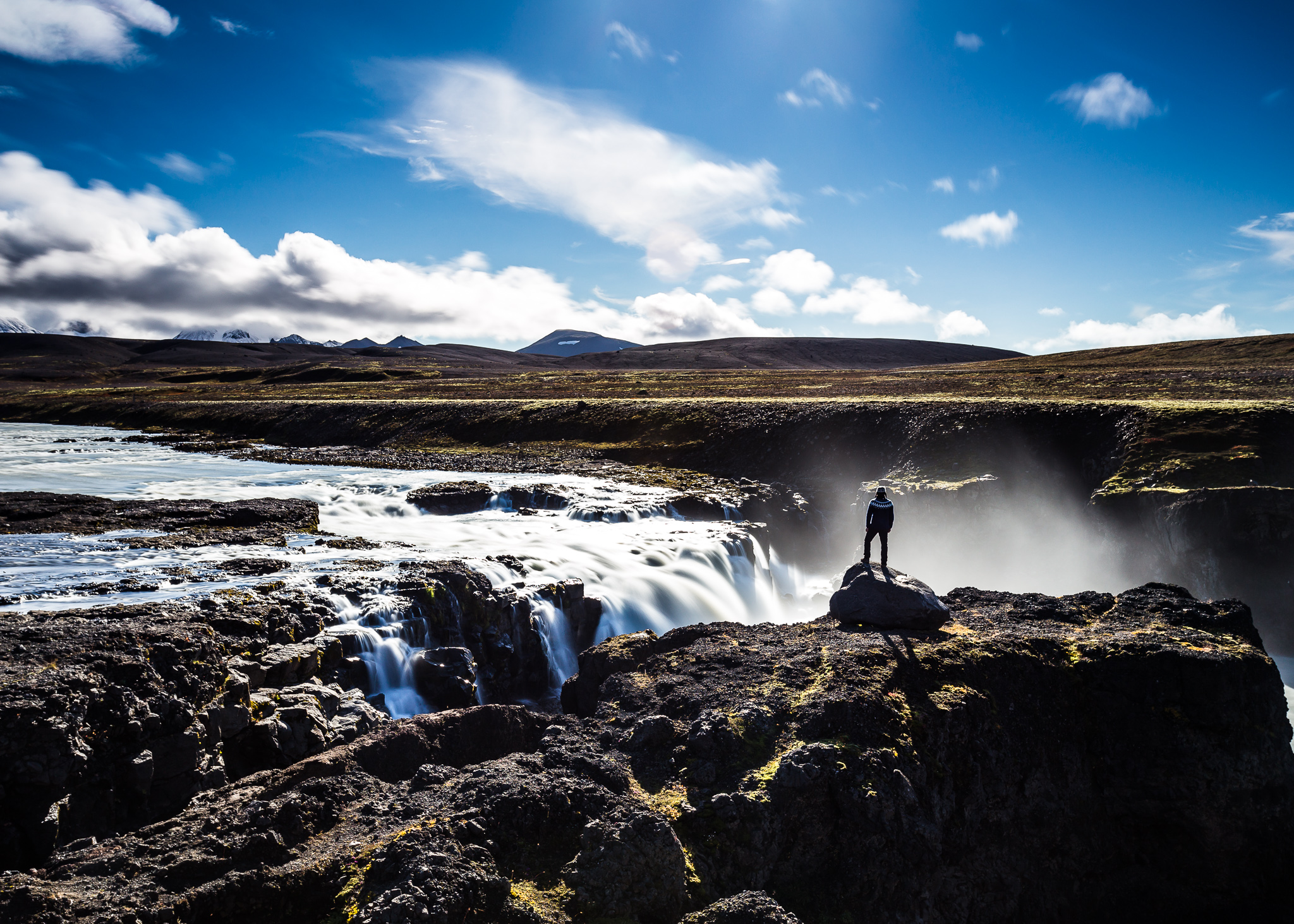 What are some of your most memorable stories from your adventures?

There was this one time that I was traveling around Iceland for a month. I decided to make my last stop, before heading back to Reykjavík, at Hveravellir. Hveravellir is a geothermal area in the middle of the highlands, in-between two glaciers. The Northern Lights forecast was really good but, unfortunately, the weather forecast was not really favourable when it came to the cloud coverage. So, last evening out and about before traveling back to Belgium so I had decided to buy some beers beforehand and spend the evening relaxing in the hot pool next to the hut located there. At around 11.30pm the craziest thing happened. The whole area started clearing up and all of a sudden I was sitting in a hot pool, having a Belgian beer, looking at the Northern Lights in the middle of the Icelandic highlands. I was already incredibly happy with the sudden change in weather but then it became even better. Something super bright appeared in the sky, I think it was a meteorite that burned up in the atmosphere. I was just standing in the pool, getting deep frozen by the ice cold breeze (it was -2 degrees Celsius that night) and I just did not care. It was an amazing night.

Every time I bring up this story, no one believes me. Why? Because I don’t have any photographs of it (go figure: the one night I decided not to take my camera out). I will just have to cherish that moment in my memories! 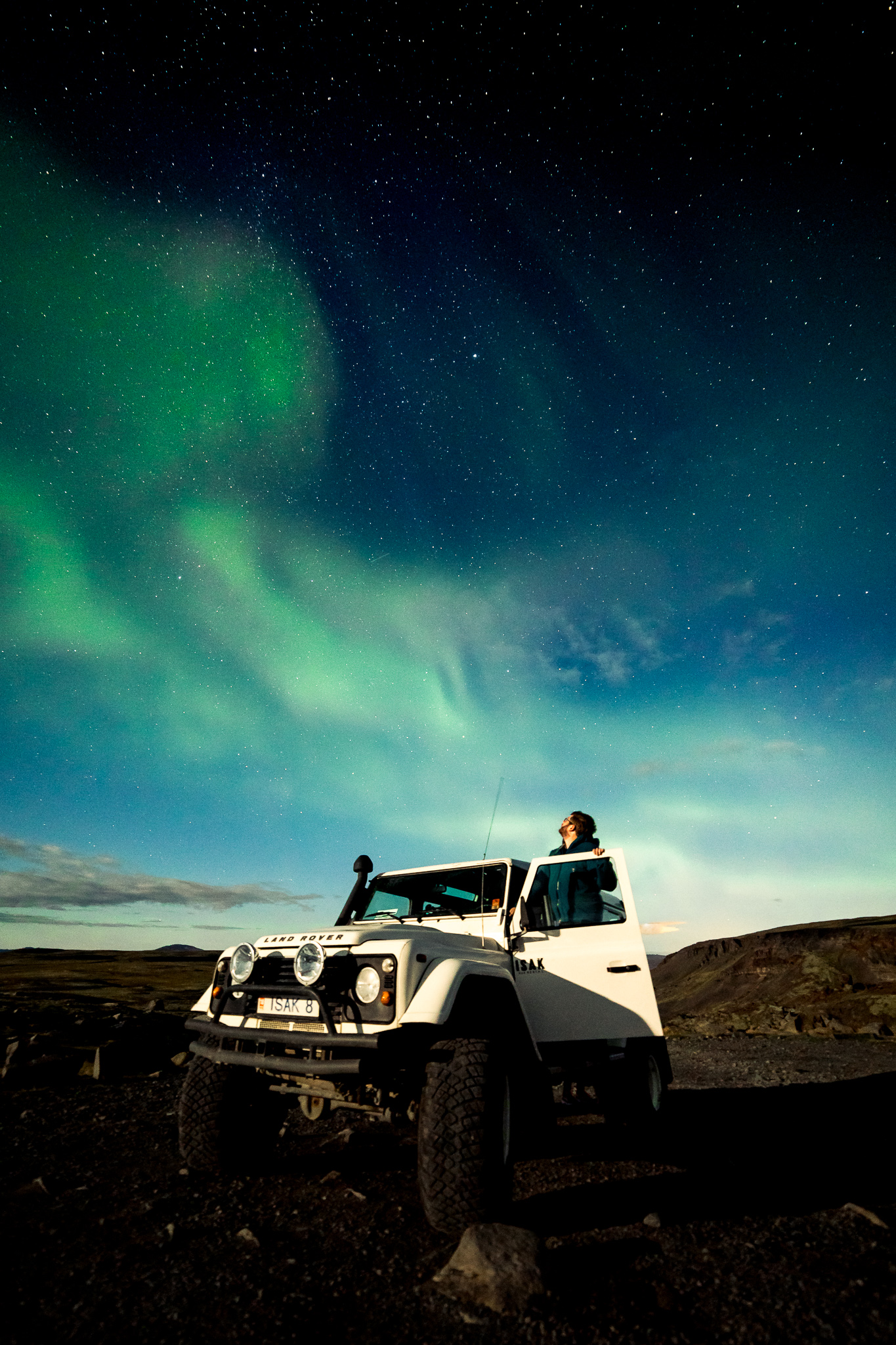 I’m currently preparing a trip to wintery Þórsmörk and, further into the future, thinking about traveling to the Faroe Islands and Greenland. Always new places to discover!