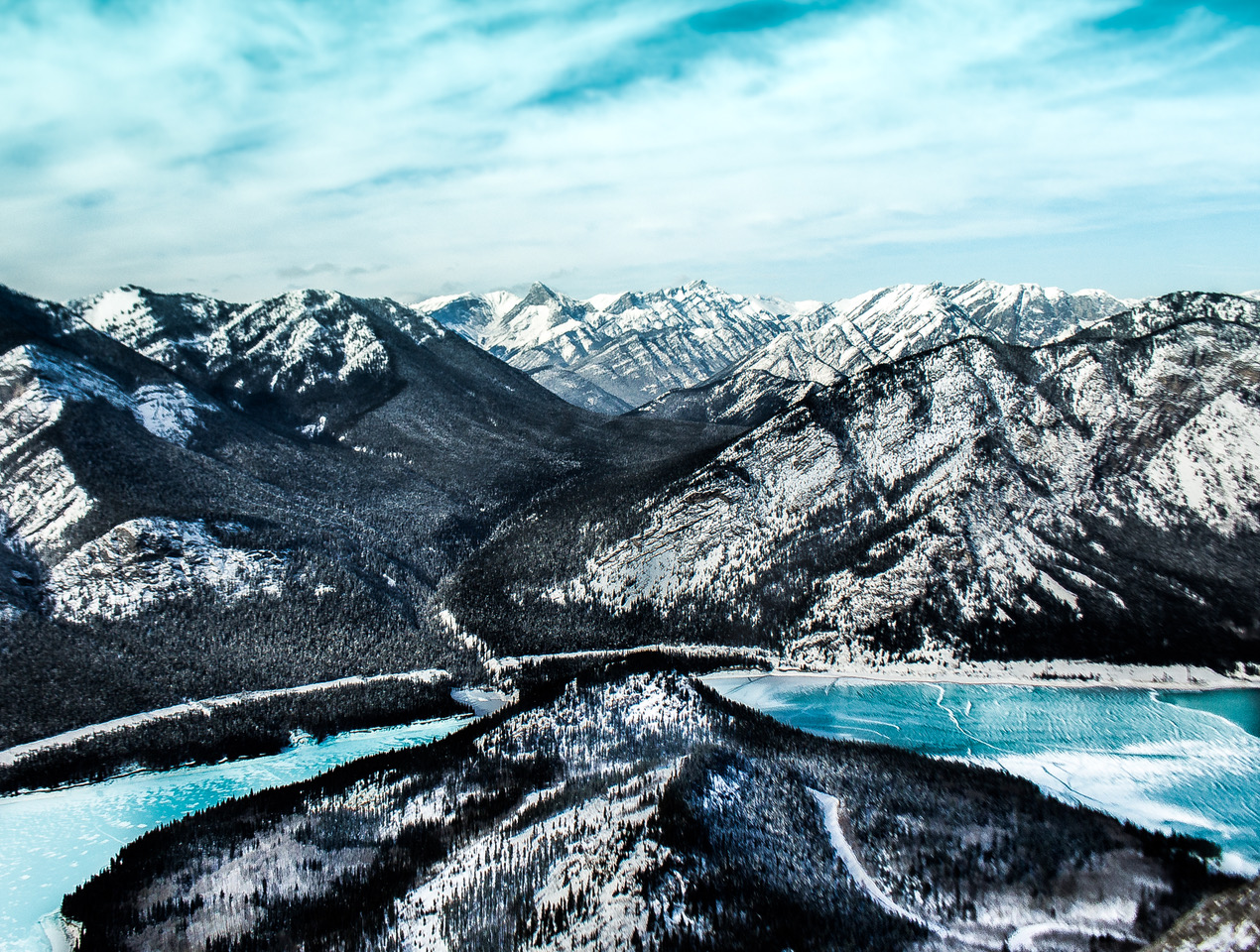 I was inspired about a year ago to begin a community of outdoor adventure enthusiasts, from the everyday hiker to the professional adventure photographer, and everything in between. The most rewarding part of this whole journey for me so far has been the people I have met (in person or online) along the way. Everyone has such an intriguing story about what the outdoors and adventure mean to them, and I am honored to feature them in our blogs. This post documents the journey of Christian Blazina, a young man living in Cochrane, Alberta. Located just a half-hour drive from the Rocky Mountains, he has always loved nature, sports and art, which have recently all come together to form his latest adventures: photographing his wild adventures in the mountains, splitboarding, climbing and scrambling. He is also an avid traveler; a few of his favorite spots so far are Greece, Jamaica and Canada’s East Coast. Soon, he is planning on a new adventure: spending six months in Greece. Read on to see some of his photography and learn more about his adventures in photography.

“Shot on a snowshoe to Chester lake in Kananaskis country, my friend Siera on the right is a ski instructor at Nakiska resort and my friend Noah on the left is a professional snowboarder aiming for the olympics.”

How did you get into photography, and how has it made a positive impact on your life?

My older sister and my dad were always into photography which exposed me to it and allowed me to gain quite a bit of knowledge about it before I even started. My dad has some old film photos he took with his Pentax in the 80’s of his travels all over the world to places like Italy, Hawaii and New Zealand. My sister saved up all the money she could, being a young actress at the age of 13, to buy her first DSLR and then started taking some incredible photos. Those two were probably the biggest reason I got into photography and it’s made me get out and try things I normally wouldn’t think to do, which is awesome because I myself don’t get into situations I don’t feel comfortable. 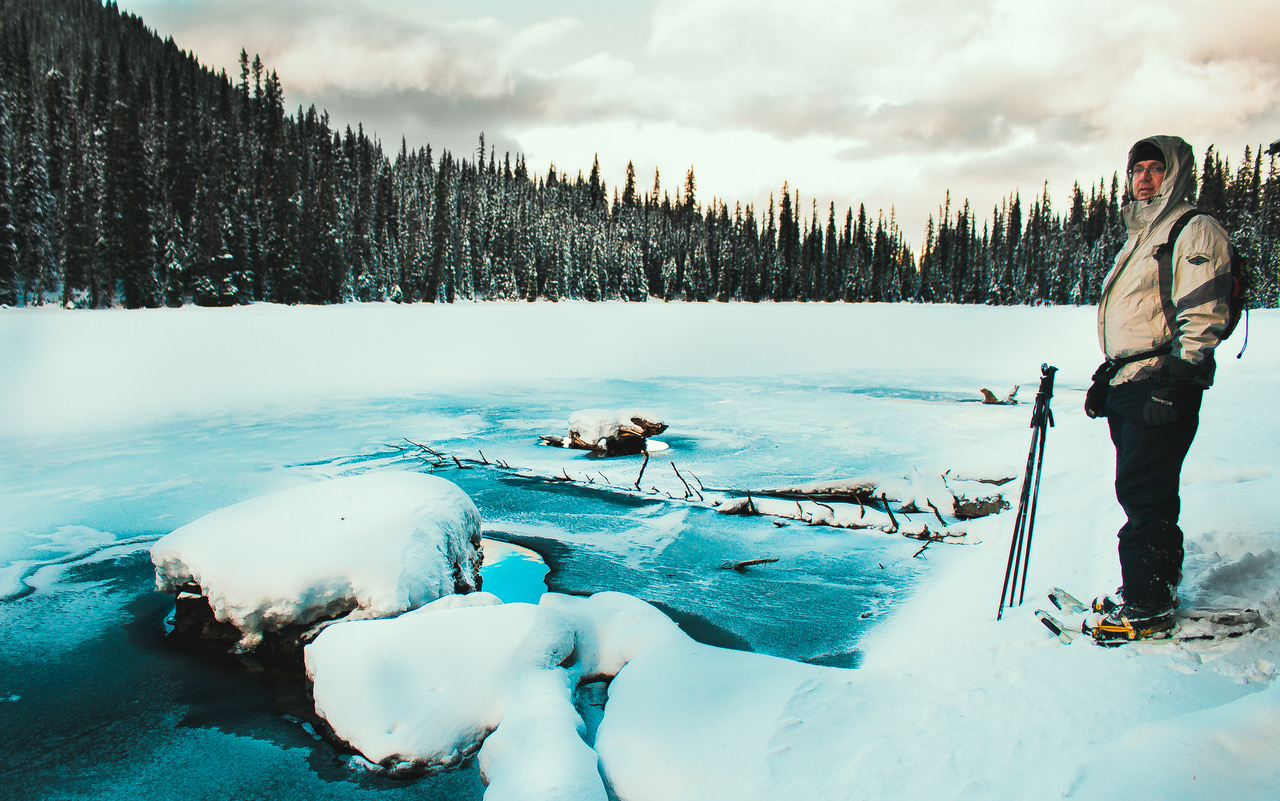 “Shot of my dad on a snowshoe to Rawson lake in southern Kananaskis, he was the one who pointed out the composition of the shot for me.”

What are some of your photography goals?

​I actually have the end goal of getting into the film and cinema scene and I feel like photography is a good way to get familiar with the camera equipment and techniques to get a good shot. I will always take pictures though even when I move into the film side of things. 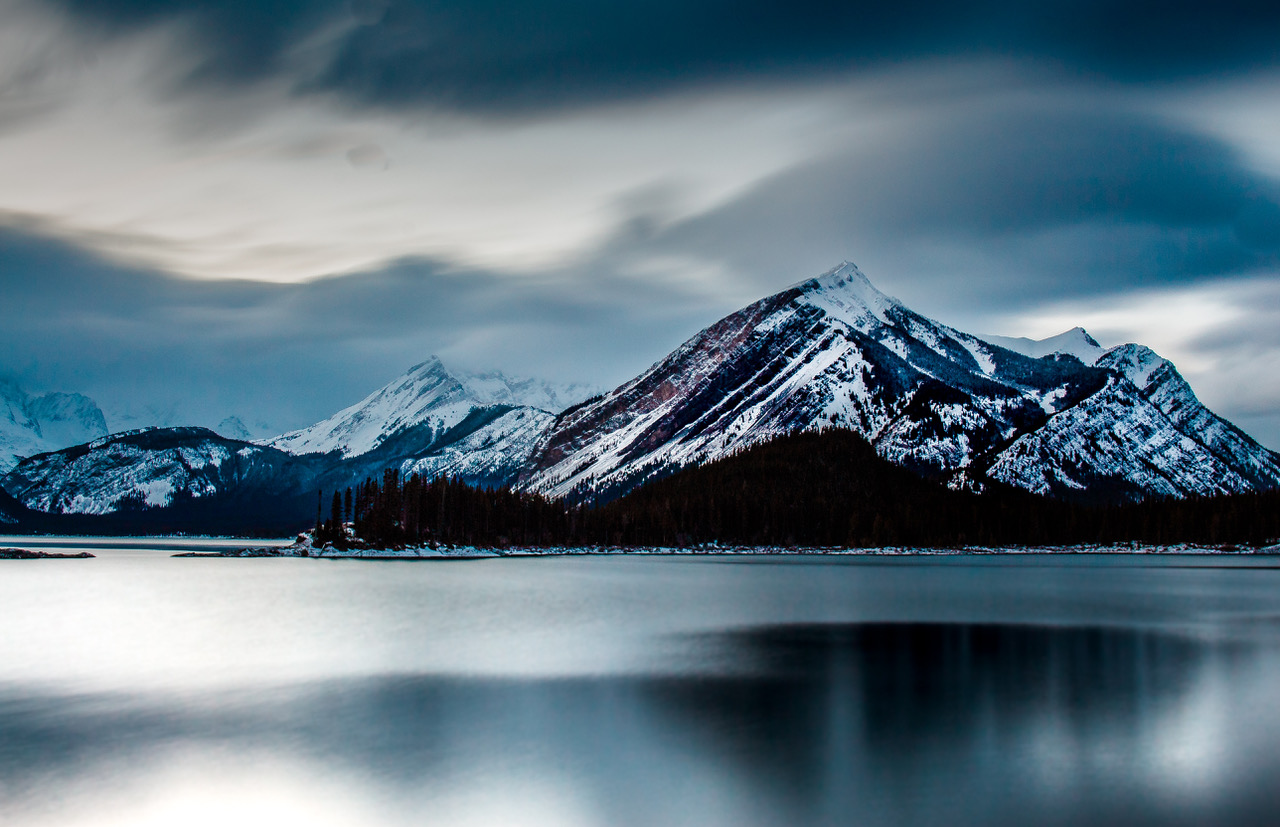 “A shot of Mount Indefatigable, a future climb I would like to do before I go to Greece.”

What gear do you use?​

I shoot right now with a Canon T5i body; my lenses are a Canon 18-55mm STM and a Canon 75-300 Telephoto. I always have a battery grip on my camera so I get double the battery life and don’t have to worry about my camera dying on me in the middle of nowhere. For my accessories I have a Manfroto tripod, a blacks camera bag, and ultrasonic flash. I always pack around my GoPro with me as well but don’t often use it because you have less control of all the settings.

“A shot taken from the top of Mount Baldy looking NW toward Banff just over the hill.”

What are some of your favorite spots for photography and adventure?​

As much as a nature and outdoorsy person as I am I love taking photos in the city because there are so many lights and different movements to play around with, also having flat ground for my tripod and camera bag is always nice. But for adventure I always take it either to the mountains on onto a plane and to a different country; I rarely hit the same spot twice cause that takes all the adventure out of it! 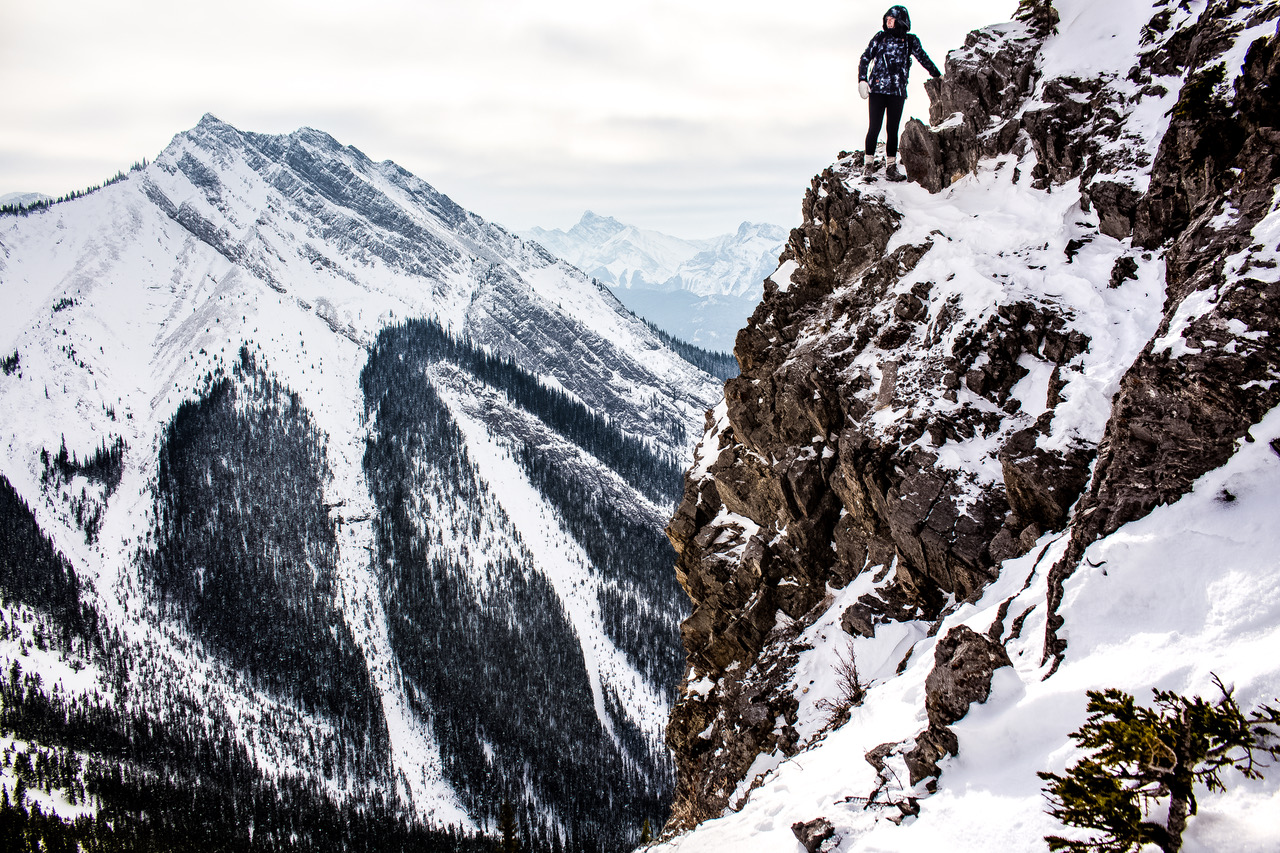 “A shot of Siera coming around a sketchy spot on Mount Baldy.”

Where are some of your “bucket list” adventure and photography spots?

I would love to document an expedition to the summit of Denali; it is the highest mountain in North America at 20,000 ft and it’s known all over the world. Almost all famous world-class climbers will make a trip to Denali at some point. I have also had the Andes Mountains in South America in the back of my mind ever since I got into travel. 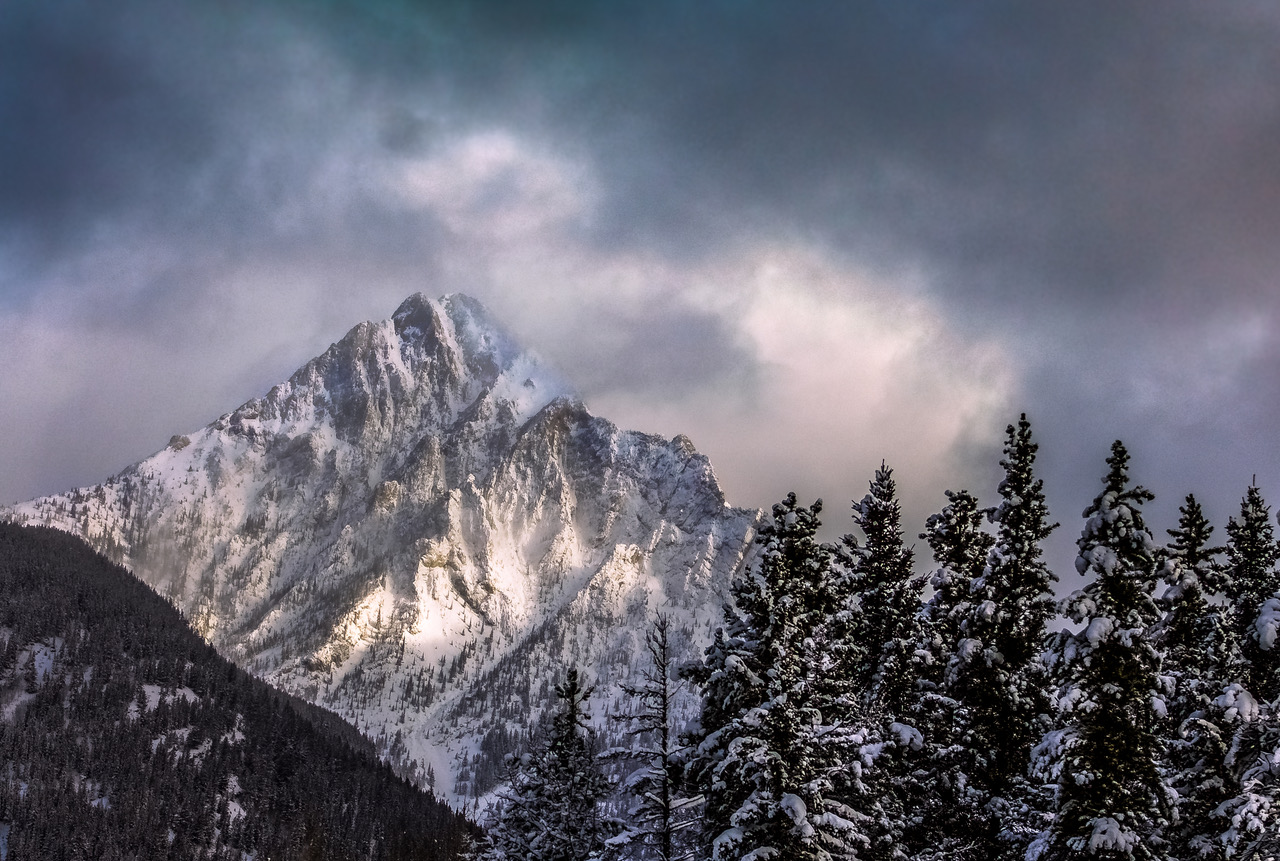 “A shot of Skogan Peak from the bottom of Nakiska resort.”