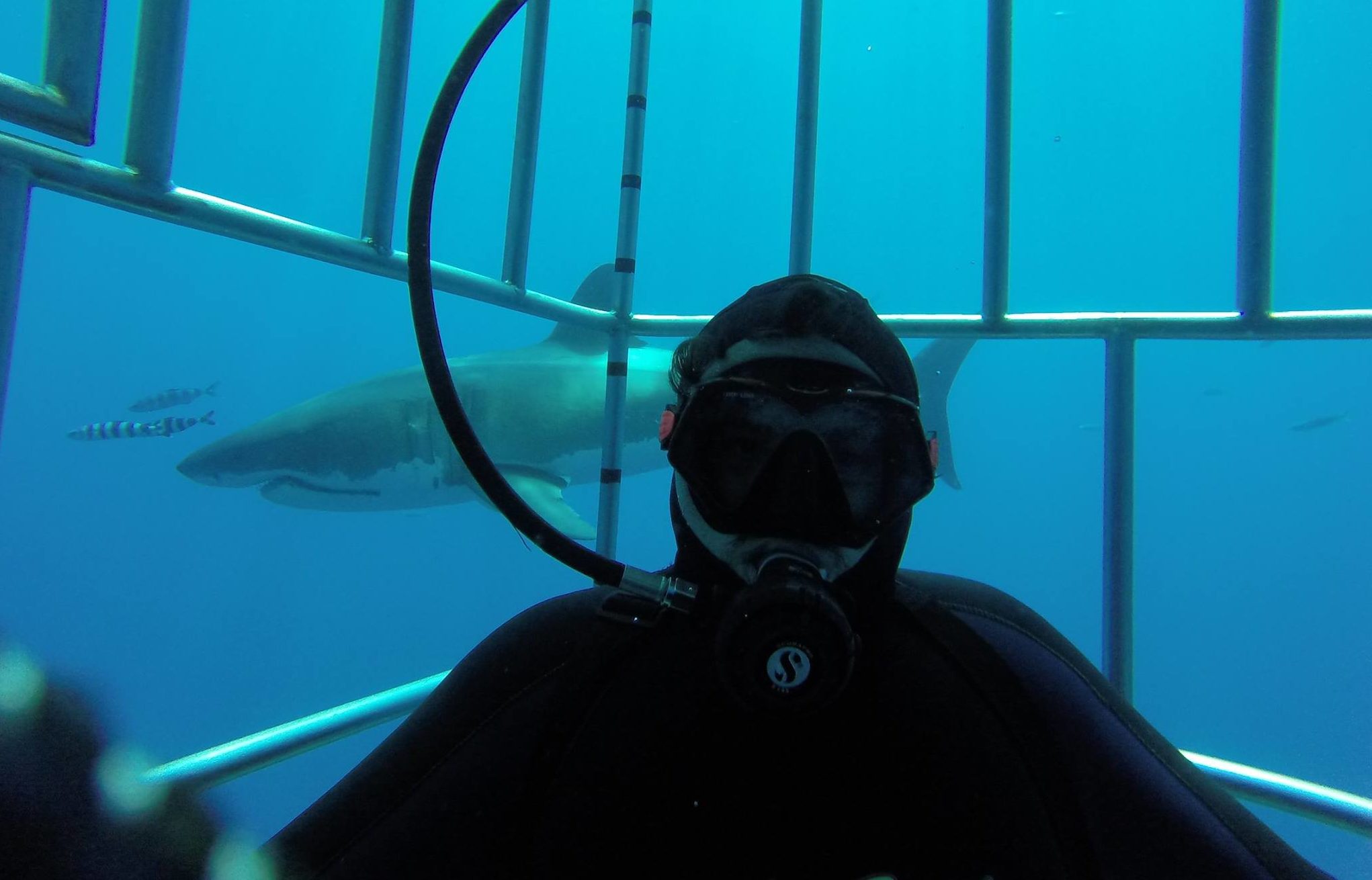 Sharks have always fascinated me. Back in the late 80’s and early 90’s I would watch every shark movie that I could rent. Once I got hold of them I’d immediately put the movie in the VCR.

One day my mom brought home Jaws, planning to terrify the family. I thought the great white was amazing; I even sided with the shark. I wanted the shark to win. When Chief Brody killed the shark (“murdered” it, as far as I was concerned), I was beside myself. I might have called Brody the name he called the shark. I was not happy about the shark dying. The only consolation was that the explosion was epic. Watching the video did work in terrifying the family: their boy was rooting for the shark. 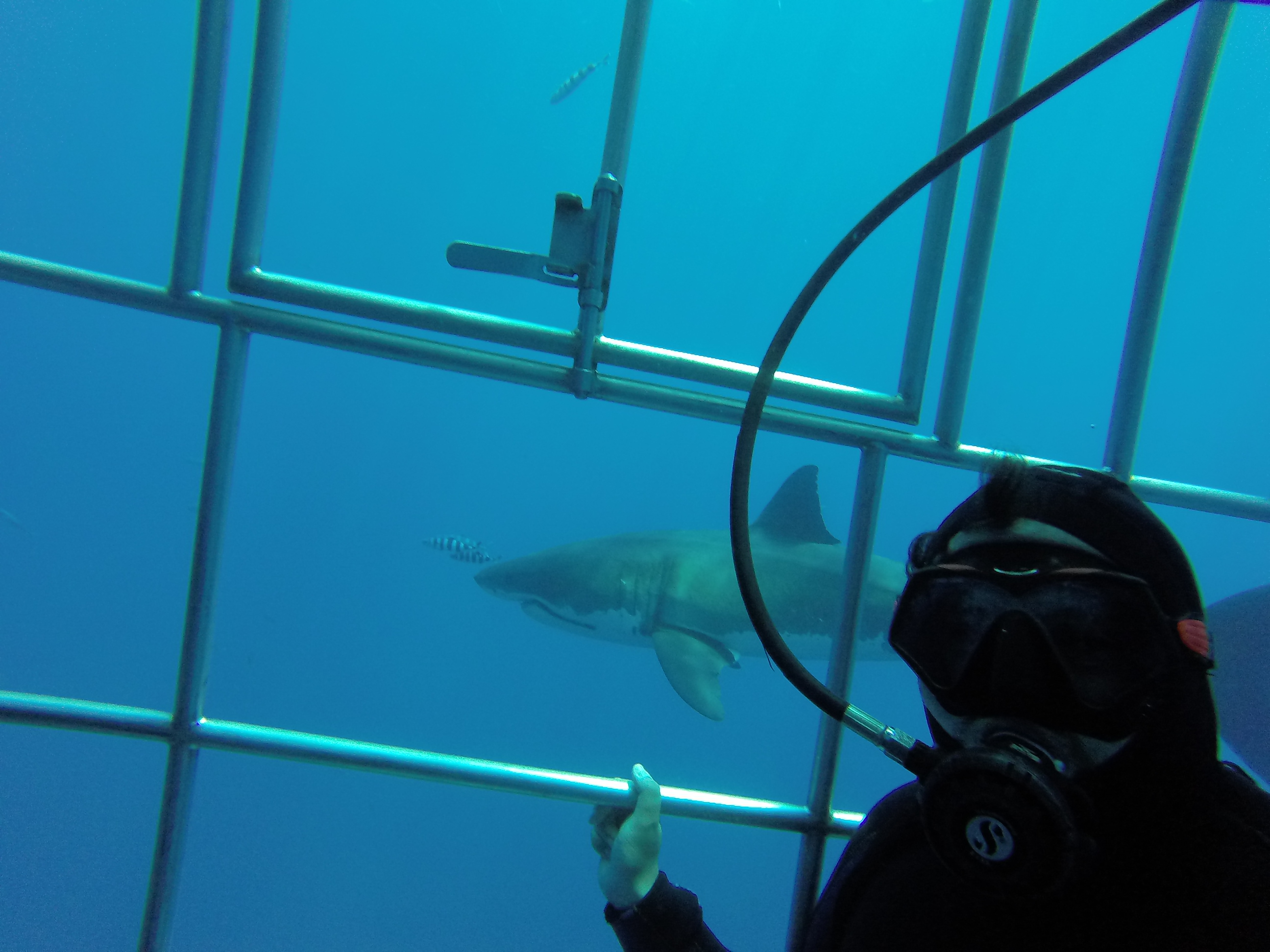 Aquariums Taught Me The Nature of Sharks

I started to go to aquariums on the West Side of the United States. I finally could see black tip sharks, nurse sharks and other sharks swim in the aquarium. I could stay there all day. I wanted to swim with them. Someone would chide, “what if they eat an arm or leg?” Well, the gods did bless me with a spare.

I learned something else about the shark at the aquariums. The sharks were not monsters. They only wanted to eat fish, birds, and aquatic mammals.

​We were not on the menu.

When I eventually went in the shark cage during my trip to Hawaii, I was talking with the tour operators about the feeding habits of sharks. They said they threw in chicken and pork and the sharks would spit them out. I also found out that you were more likely to be killed by vending machines falling on you than be killed by sharks. 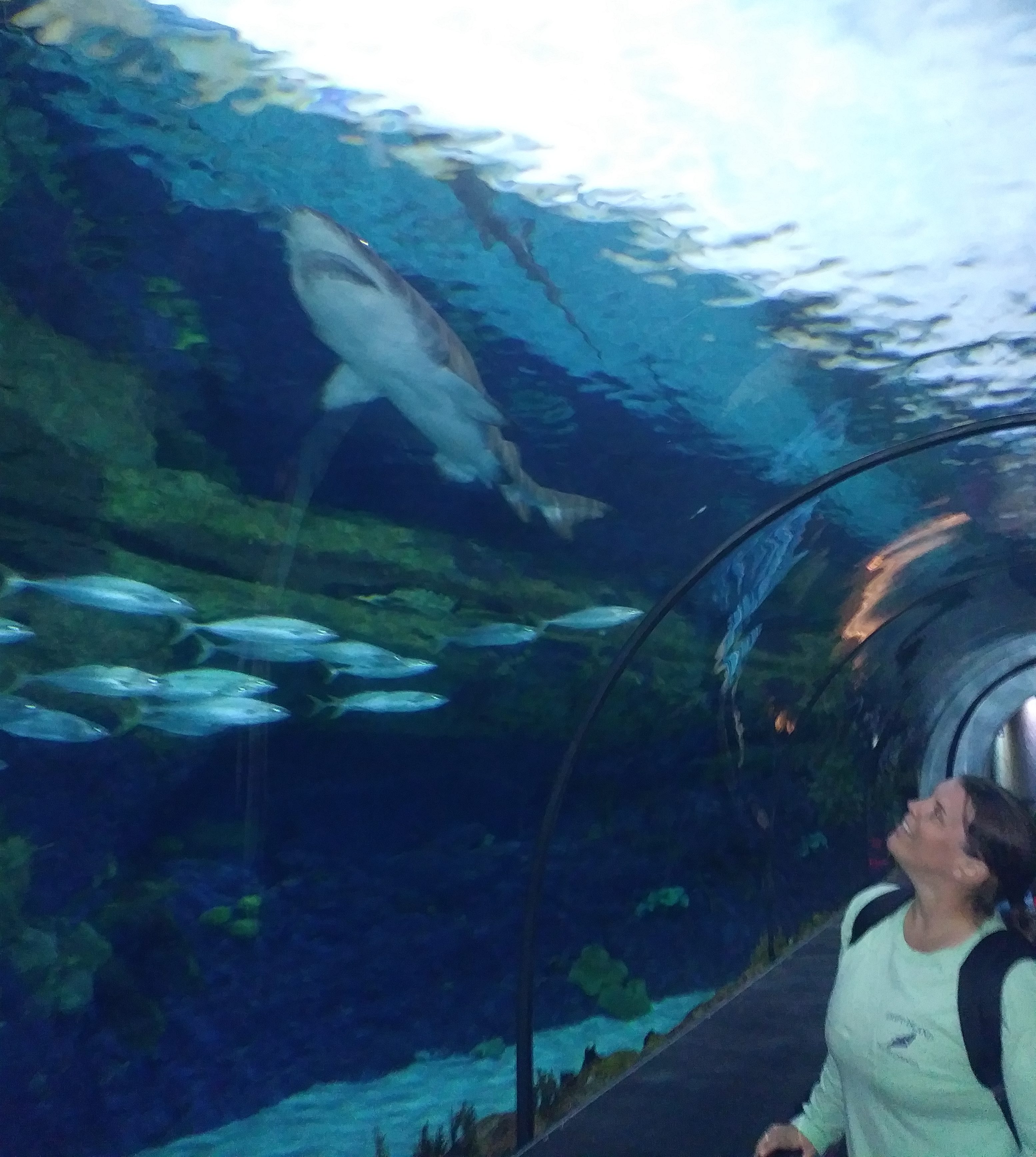 The First Time I Swam with the Sharks

In 2007, I got to live out my dream of seeing the sharks for the first time. I went on a shark tour in Oahu, Hawaii with my family. For $100, I could go into a shark cage. We all got into the cage and saw the sharks swim around us as they chummed the water. We moved all over to see them. The reef sharks were beautiful; some even have marks from other sharks.

After we had all gotten back in the boat, the line that held the shark cage snapped. We all had to tie the wires around the poles to get the cage to come with us. It made the dive unique.

Later, we got to watch hammerhead sharks at the hotel we were staying in. They were fun to watch. I was hoping they would feed the sharks, but I wasn’t that lucky. At this time, my next goal was to see a shark while scuba diving.

Of course, California is where dreams come true. I found a shop in San Diego that was willing to take me diving. The owner was a former Military Diver for Germany. We got in our cars and set out from his shop to the beach.

I was told while walking in the ocean to shuffle my feet together. You didn’t want a stingray to barb you. I shuffled until it was deep enough to dive. On the first dive, I went to 100 feet for the first time in my life. The owner later told me he let me go there because I was a good diver. I had a swelled head hearing that from a Military Diver!

At the end of the second dive, I saw my first shark while scuba diving. It was an angel shark chilling at the bottom. It let me get really close; I got to look into its eyes and everything. The shark decided it had enough of me and swam off.

Diving with the Sharks in the Bahamas

​I was now at the point that I wanted to see sharks while diving that had the awesome teeth. In 2014 we decided to take a cruise to the Bahamas. I found out in St. Maarten that I could dive a reef where smaller reef sharks grew up.

On the first dive there was a nurse shark. The person filming the shark made the shark feel cornered. The shark freaked and swam the other way and nearly nailed me in the head. I thought, “I was almost nailed by a shark.” I bought the video and saw why the shark was scared.

On the next dive, I saw two reef sharks. One shark came right up to me. It was only three feet away from me. Then two reef sharks came. They were just curious about us divers. Later I got to swim with barracudas.