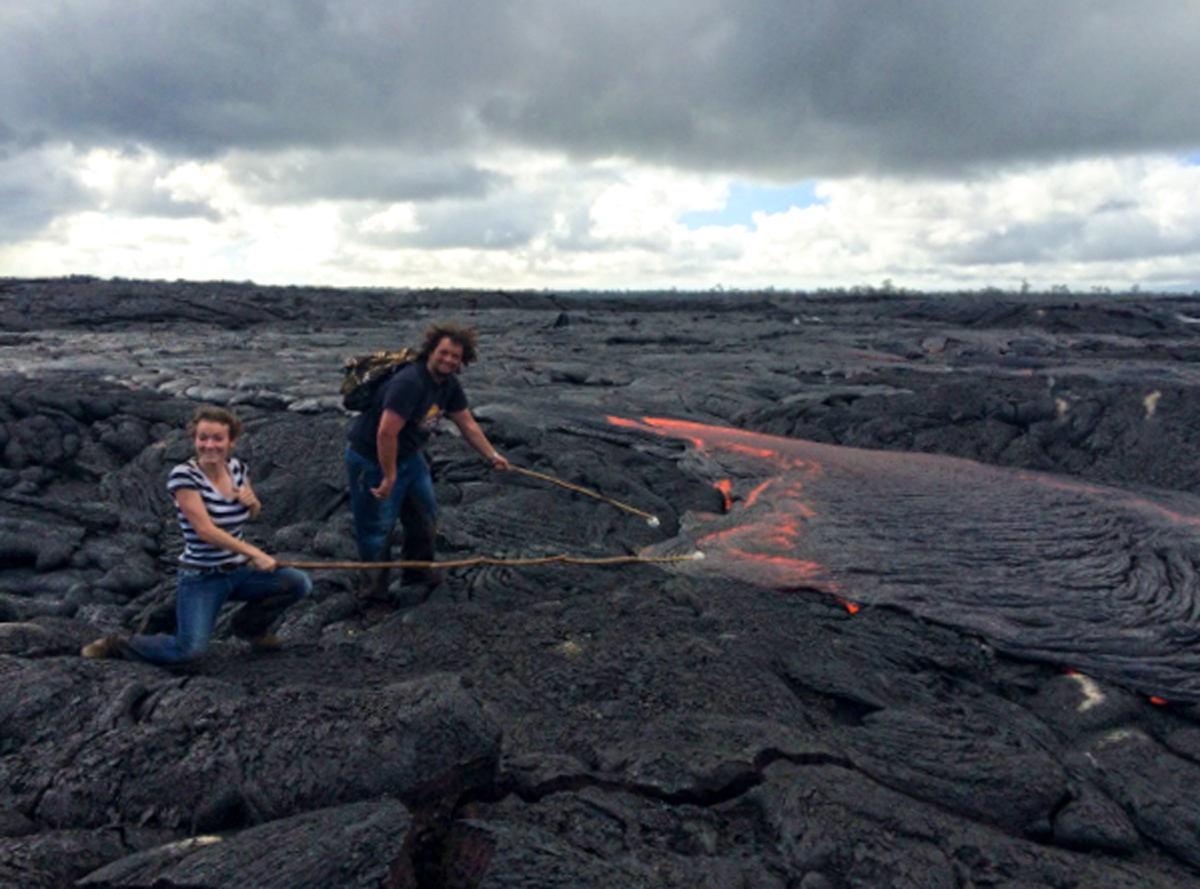 Hiking to the Lava

We went with Ahiu Lava Tours. They were a great group; they proved bananas don’t come from trees but roots. They cut down some fresh bananas to snack on before we left. They also had us take a ton of water. They kept telling us the hike is not for beginners and the lava is extremely hot and to be prepared for it. I felt they explained things really well and that we weren’t hit by any surprise.

The hike starts out in a jungle or rainforest depending on who you talk to. The best advice we got was when you see your first rain puddle, step in it. That way you were muddy and you weren’t trying to avoid every puddle that came your way. There was a ton of puddles. The hike is tough. You need to be prepared for the hike or it will be a miserable time. 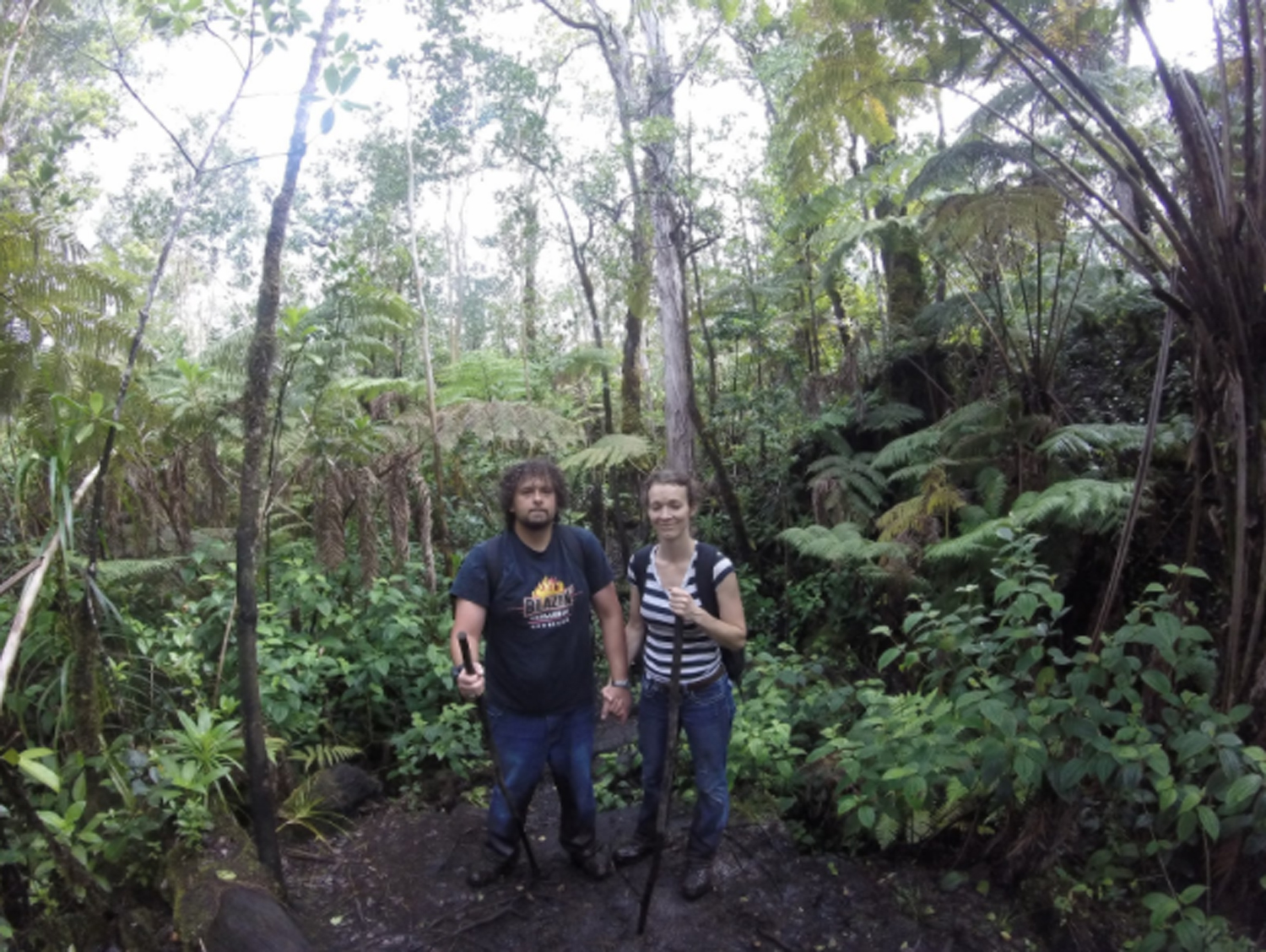 The jungles were amazing. Trees everywhere that you looked. At some points, the trees tipped over from too much water and you could see the root and ground system. We saw large and small puddles. Sometimes you’d jump from root to root to get past some parts.

You’d go a little ways, and you’d see boar tracks. Our guides told us that you can hunt them as a separate tour. I thought: “that works out. Get a boar, and have some bacon over lava.”

Once you get out of the jungle, you enter a clearing that is covered in black from the lava. I believe it is Pahoehoe lava. The field goes as far as the eye can see. You look out, and you can see pillows of smoke coming from the earth. It was amazing.

We were then told the rules. The pants are to keep our legs from getting too hot. We had to have good hiking shoes or they would melt. I dropped some water on the ground, and it immediately sizzled. You had to wear gloves because if you tripped, the lava rock will rip your hands to shreds.

Our guides went to look for the lava. They looked for the pillows and then would come back to us. The 10 minutes that took us to find the lava, my socks and pants had dried. It was nuts. We also grabbed sticks to play in the lava.

I brought two sticks with me. One was huge and the other small. We found a small outflow area. I threw a big log in the lava, and it caught fire immediately. It was fun to watch the lava encrust it. I then heard yelling that there was a bigger lava pool.

I couldn’t find the lava pool at once. Then it got dark, and started to rain. The sun was making it harder to see the lava pool. I keep saying the best times I’ve had are in the rain. We immediately got to work with poking the lava with sticks. It was so unbearably hot. I could only stay near the lava for a short amount of time. You’d find cracks on the ground that you are standing on with orange glowing out of it. That’s right, we were standing over lava, saved from death by a thin crust of land. 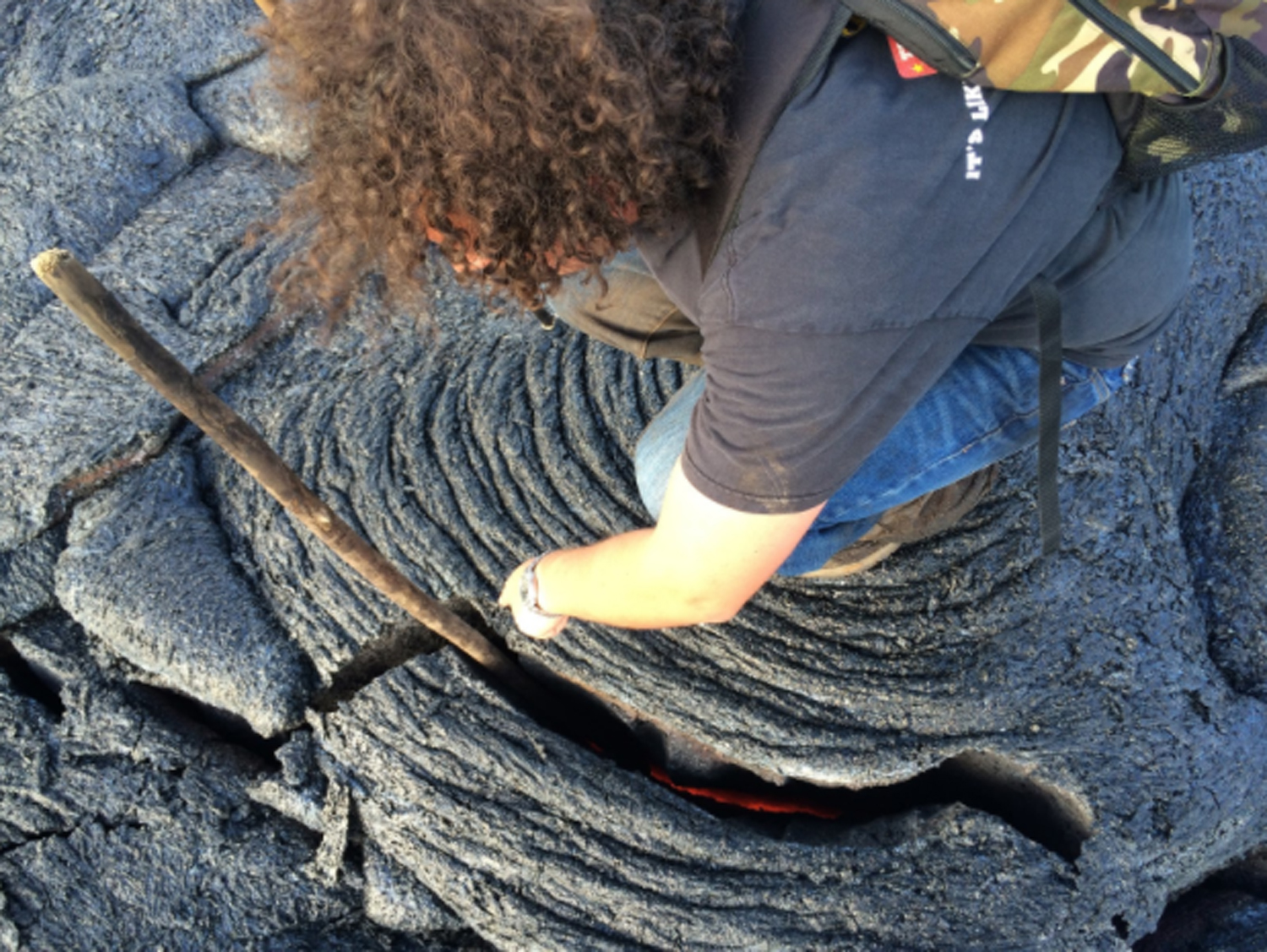 Someone said that they had a bag of marshmallows. My wife, Eva and I started to roast the marshmallows. The lava cooked the giant-size marshmallows all the way through, something our normal campfires could never do. The heat had amazing convection properties. They tasted amazing. It took me forever to go back to cooking them over a campfire.

Years ago, I had purchased a Hawaiian mask. I started to hate it because it wasn’t from Hawaii. I had to take the mask from Utah to Hawaii. I dipped the mask in the lava. I later put it in the ocean. It’s now my favorite mask. We later took the hike back, talking about how amazing the lava hike was. 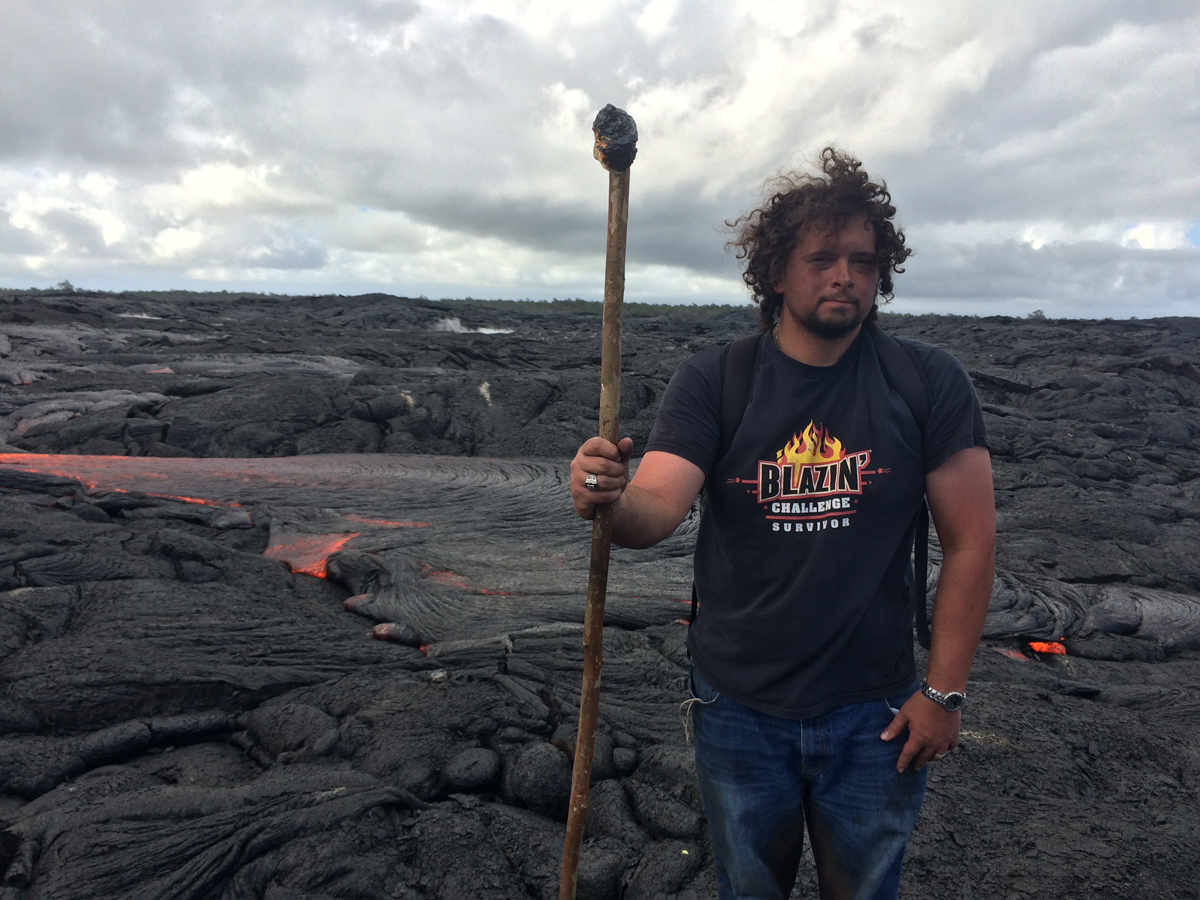 Our hotel let us know about a free lava tube that had just shown up. The ground had collapsed on itself. This tube is near the Kona Airport. You go a ways into the tube, and then you would see an opening in the ceiling. We would go in further, and the ceiling would be back on. There were rocks all over the place of about every size. This was a lot of fun to people at the time who were debating about going into geology.