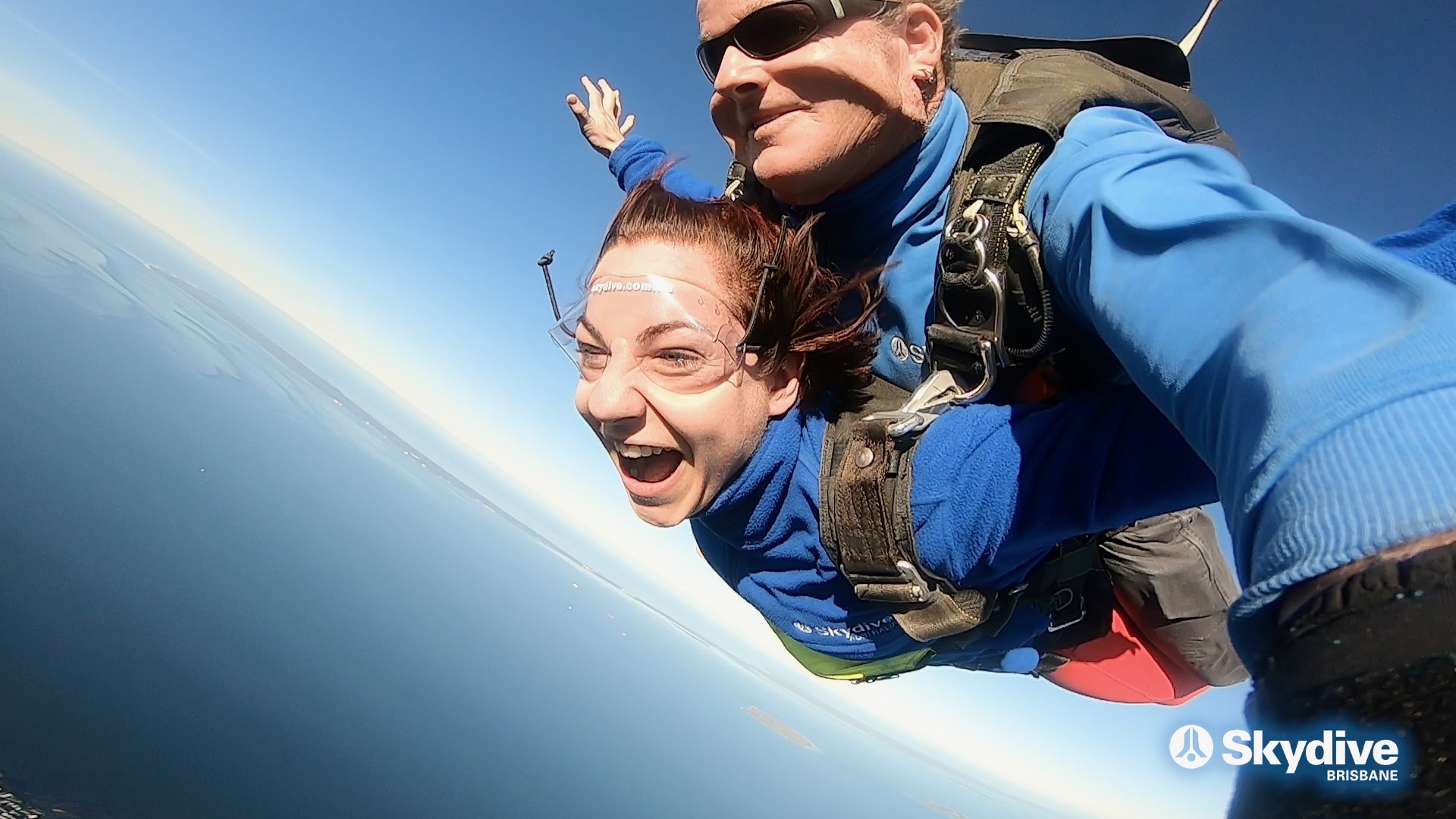 This might sound bizarre but for a woman born and raised in tropical Queensland, Australia I have always had a strange pull towards snow capped mountains, a feeling of soul magnetism to these white spaces. As a young girl I would look at pictures of snow-capped peaks and just know that was where I belonged. Now this is all good and well, but for a girl whose world exists of picturesque places on the opposite end of the temperature scale how on earth was I ever going to make that happen? So I hushed this pull of my soul until over time it was only ever the gentlest of whispers. I crafted myself into a beginner adventurer I was proud of. I headed off on journeys whenever I could from downhill mountain biking in Canada to multi-day mountain climbing in Australia, but never once did I chase the snow. I was happy.

Then I found out I was pregnant and everything changed.

In came the fear that any adventurous woman might find herself engulfed in with parenthood looming. The fear that my adventurous self would be taken forever hostage by a motherhood-obsessed version of me. I was terrified that I would end up as one of those mamas whose lives exist only for their children – no hobbies, no interests, just children. You know the type: the women you meet who are vibrant, beautiful and alive when talking about kids but as soon as conversation strays into any other territory they withdraw and become part of the furniture. Now don’t get me wrong, any woman who finds genuine joy and flourishes in a life filled solely with her children is incredible and should be celebrated as the exceptional mama that she is but that life is just not for me.

What actually happened had me at times wishing that perhaps it would have been easier to be transported into a world filled with only nappies, Sesame Street and plush toys.

So my little girl burst forth into my life and filled it with more joy, anxiety and love that I had ever experienced before but with her she also brought an uncompromising need to prove to myself that I in fact would not be held hostage to this motherhood-obsessed me. So I needed to go on an adventure and it needed to be bad-ass. Suddenly the feeling that I had so long ago hushed had crashed through the barriers I had created for it and screamed at me exactly what my soul needed. I needed to chase the white space that had filled my daydreams all those years ago. A quick google search and scramble for my credit card had me booking two back-to-back alpine adventures in the Australian Snowy Mountains. I’ve been to the snow before but never backcountry and that is what I was craving. So 9 months postpartum I boarded a plane from warm and sunny Queensland to travel to the only borderline-alpine environment we have in Australia, the Snowy Mountains.

When I arrived at the prearranged meeting point I stood nervously wondering what type of team I would be embarking on this adventure with, hoping that I wouldn’t be surrounded by the stereotyped male adventurer, skin tanned, impossibly fit with unwavering confidence in his abilities. The team arrived minutes later and stepping out of a van were 5 broad-shouldered and towering men, all friends. Damn.

I think that most women who like to get outside and get amongst it will inevitably feel the tendrils of doubt creep in if even for just a moment. For me it’s usually thoughts that dart around my mind whispering that I am an imposter, that I’m not supposed to be there, that I don’t belong and I can’t keep up. This was one of those moments and that feeling and those thoughts were echoing deafeningly throughout my body and mind. There was no way I could, at 9 months postpartum, keep up with these guys and they were all mates, how would that dynamic even work? In that moment my self-doubt and ego were waging a war that I was pretty sure the former would win. Before I could wait for the winner to announce themselves we were off for a gear check and route brief. The guide on the trip, a guy called Tim was exceptional. He had that kind of generous, caring and knowing vibe that genuinely surprised me and one that I was incredibly grateful for. I’m not sure if in that moment he sensed the discomfort and borderline distress I was feeling or not but he made sure that I could not pause, even for second, to consider the victor of my internal tug-of-war.

Having been swept up in the pre-trip info and intros before I knew it we were heading off snowshoe clad and sled-tied out into the snow. The literal first step out from the safety of the wind block building was electrifying. The blowing snow painted everything in opaque white until I couldn’t differentiate where the land ended and the sky began. It was extraordinary. The wind pushed me back so hard I was grateful for the many hours I had spent in the gym rehabbing my core strength, but even so, the momentary spasms of fear that I would be sent sailing backwards aided by my heavy pack occurred more frequently than I’d like to admit. Despite the constant threat of meeting the snow with my face rather than feet my goofy smile proved immobile – this was the best.

The next 10 days flew by in a whirl of white spliced with the occasional bright yellow of a tent or orange of our sleds. We trudged for hours with nothing to keep us company but the short lived gouges in the snow created by our team’s snowshoes. I was challenged by more than my physical limitations from the relatively recent cesarean delivery. I experienced the kind of love/hate attitude with it all that any level of adventurer knows well but being part of a team that was made up solely of a pre-existing male friendship group added an extra element of challenge. The feeling of isolation when backcountry is profound and frankly, one that drives me to those spaces but this was something else. Don’t get me wrong, the men who I shared those cold and challenging days with were supportive yet competitive (the perfect combination for me) but I just couldn’t shake the feeling that they too would have preferred that the ice-climbing and rappelling was a ‘boys only’ zone. With the benefit of hindsight I don’t believe that this was an accurate interpretation of their attitude but more a reflection of my own internal critic but at the time the two were indistinguishable.

As anyone who has been in a lengthy self-argument knows, it is a constant back and forth, one that takes a whole lot of energy to persevere with, but persevere I did. What I gained as a result far outweighed the energy it cost me. I kept competing with myself, sometimes winning, sometimes definitely not winning, every day. Eventually, I’m not exactly sure when it happened, I realized the jerk that constantly whispered the insidious not-so-sweet nothings to me had been silenced and the only thing that remained was the counting of steps and the ‘just breathe’ chants that accompanied the screaming of my lungs and legs. And just like that I was free. Free from the ridiculous fear that I would somehow be replaced by a child-obsessed, adventure avoiding alter ego. Free from the negativity bred from within that said that I wasn’t enough. I showed I was enough, better than just enough, I kept up with the boys (who hadn’t created a human 9 months prior) and I even sometimes led them even though it required me to endure more physically and mentally than I ever had before. I can’t help but think that the additional motivator of my little girl looking to me, her Mom, of what a woman should be pushed me harder than any drive I’ve ever had has. As the trip came to an end and we snowshoed our way back to civilization I couldn’t take the shine off the pride that I felt for myself. My body ached from the weight carried and distance travelled yet I felt lighter than I was before, a figurative weight had been shed out there in the white space. I had changed and it felt damn good.

So did I feel more complete after proving to myself that the adventurous part of me lived on? That I can keep up with the boys and are worthy of going toe-to-toe with them? Hell yes I did but more importantly than that it forced me to look at motherhood and understand on the deepest of levels that creating a human from scratch is pretty damn bad-ass and I am more bad-ass because of it. What did those boys ever do anyway? 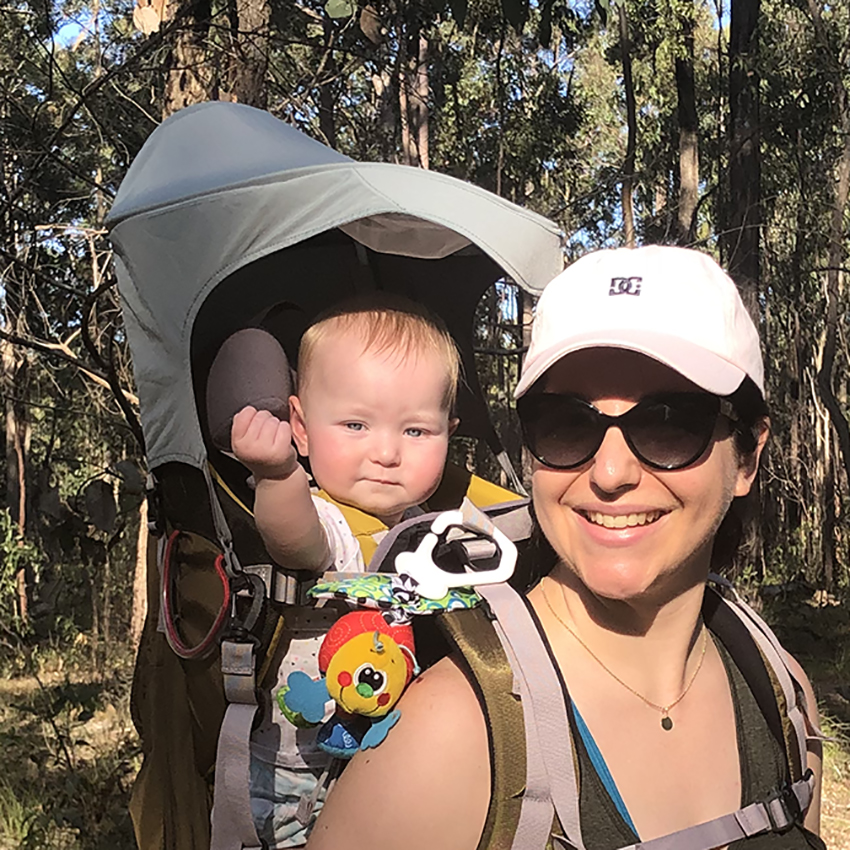 Lisa Martin is an Australian corporate professional, freelance designer, environmentalist, amateur adventurer and mother. She balances work and life pressures by chasing new active experiences outdoors and always pushing the envelope in every aspect of her life. Lisa lives by her ethos ‘have the courage to live against the grain’ and aims to encourage those around her to strive towards the best versions of themselves through courageous action.