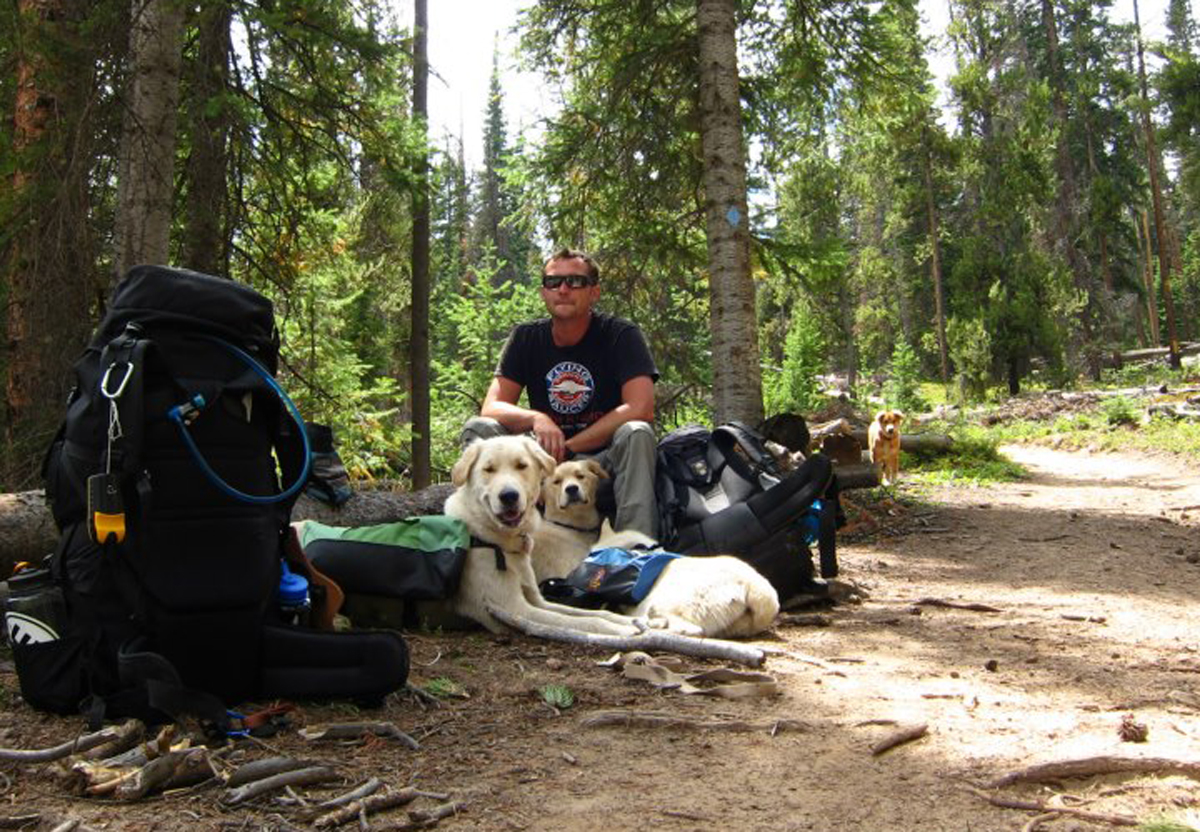 Social media is an interesting phenomenon. It can connect people and be used as a tool to find inspiration for travel, adventures and hobbies. But it can also lead to destructive behaviors. Studies show the average person spends hours a day on their phones and computers checking their social media. This is most likely one of the causes of a steady decline in outdoor recreation over the years, especially seen in younger generations. Jeff Long, founder and CEO of Axis Earth, wants to combat that. His solution? Using social media.

Jeff wanted to create a community of adventurers who wanted to connect based on location and involvement in certain outdoor activities. The result would be to create and expand networks and create friendships in the outdoor adventure community. He hopes that by sharing experiences, photos and local events, more people will be motivated to get outside and combat their tech addiction.

Axis Earth can be downloaded for iPhone and Android for free at their app stores. Read on for our interview with Jeff to learn more about Axis Earth, his goals with the app and some of his favorite adventure activities.

Can you tell us a bit more about the app Axis Earth, and what inspired you to create it?

A few years ago I was climbing with a buddy in Arkansas. The night before we began climbing, he had a few too many and needless to say I ended up without a climbing partner. So I jumped on Facebook and posted that I was out there looking for someone to climb with. The responses were the typical ones you get on Facebook: “I was just there,” or “I will be there in a few days.” That’s when the idea started to fester in my brain, but it wasn’t until a couple of years later after the brith of my son that I decided to take action.

The reason being that around that time, there were a lot of negative things happening on Facebook. Political opinions were creating rifts between people and littering my feed, ads were at an all time high and more intrusive, privacy issues were becoming apparent, and reports were emerging about depression and anxiety effects from being on our devices so much. Fearing what the world will look like for my children if things continue to go in the direction they were heading gave me the motivation to go all in and try to create something beneficial.

How do you feel this app can help people combat their addiction to social media and technology and be motivated to get outside?

The idea is that Axis Earth can be a distraction from distractions. What I mean by that is instead of being inundated with irrelevant content, whether it be ads, food pics, arguments, or scantly dressed people, users of our app only see content that is relevant to the outdoors and activities they like. The thought being that instead of seeing what your friend ate for lunch, or who your uncle voted for, you’ll see pictures of people outside enjoying nature or doing something fun, which will in turn give you a motivational boost to get out there too. Also, with the added ability to filter ones feed, the user can customize what and who they see cutting down on the time they are scrolling.

How would you relate starting a business to taking risks and getting out of your comfort zone in the outdoor adventure world?

It’s like jumping out of a plane for the first time. Scary as all hell but if you don’t take the plunge, you’ll regret it for the rest of your life. If you asked me last year if I thought it would have gotten this far, I would have said you were crazy!

But starting a company takes a lot of work, and there are lessons and hard decisions at every turn. I guess you can compare it to hiking up a mountain you just saw for the first time. You can imagine the view when you get to the summit, but the terrain up there and you mental fortitude will determine if you make it. There’s no obstacle you can’t overcome on the trail, it’s just about how much you want to get up there. The same goes for starting and running a company.

What would you say to aspiring entrepreneurs or adventurers who are looking to take a chance and pursue their dream life?

As cheesy as this may sound, I’m going to say it anyway! You only get one life, so make the most of it. Just make sure that what you decide to do allows you to stay true to yourself and your values. Don’t change who you are to be something you’re not. Also, learn as much as you can about everything that you can and don’t be afraid to be wrong.

What have been some obstacles or challenges you have faced, and what did you learn from them?

The biggest obstacle we’ve faced, and are still facing, is getting people to know about and download the app. I can’t tell you how many times I’ve had someone approach me at an event or when I’ve been out and say “Man, your app is really cool. I wish I had heard about it before I went to, or did, XYZ. Or the countless amounts of emails I’ve received from people thanking us for building it.

The majority of our growth is attributed to the amazing Brand Ambassadors who are out there telling people about it. We have literally spent $300 dollars on paid advertising, everything else has been earned media from publications and outlets who heard about and like what we are doing. It will just take time for more people to hear about it and get on the train! As for what we’ve learned… you can lead a horse to the river, but you can’t make him drink. To be more specific, a lot of people are angry at Facebook and the other platforms, as they should be, and are weary about new ones. For every one of the previously mentioned people who love our app, theres another one who is hesitant to download it. Converting the latter is something we are trying to figure out but it varies depending on the individual. My belief is that the more people that get on there, the sooner it will be accepted by the masses so we aren’t really sweating about it.

What are some of your future goals with the app? Where do you see it in the next few years?

A lot of it depends on how our users use the app. We have a ton of additional features and functionality that we have thought up, some of which is currently in development, but we really want our users to dictate what the future product looks like. As for our goal with it, we would love to get to 100 million users, but honestly we are fine with 20,000 as long as those 20,000 are benefitting from using it. We built this to help people, so as long as it’s doing what we intended then we are happy!

Personally, what are some of your favorite outdoor adventure activities?

I love to sport climb, ski, and pretty much everything in or around water.

My favorite place that I have been to is Portugal. Epic beaches, and awesome people! My bucket list destinations in no particular order are Japan, Australia, Russia, Vietnam, and Antartica.

Download the free Axis Earth app in the App Stores or on their website www.axisearth.com. For those who want to get more involved and become a Brand Ambassador, send an email to info@axisearth.com with a brief introduction about yourself and why you should be selected.