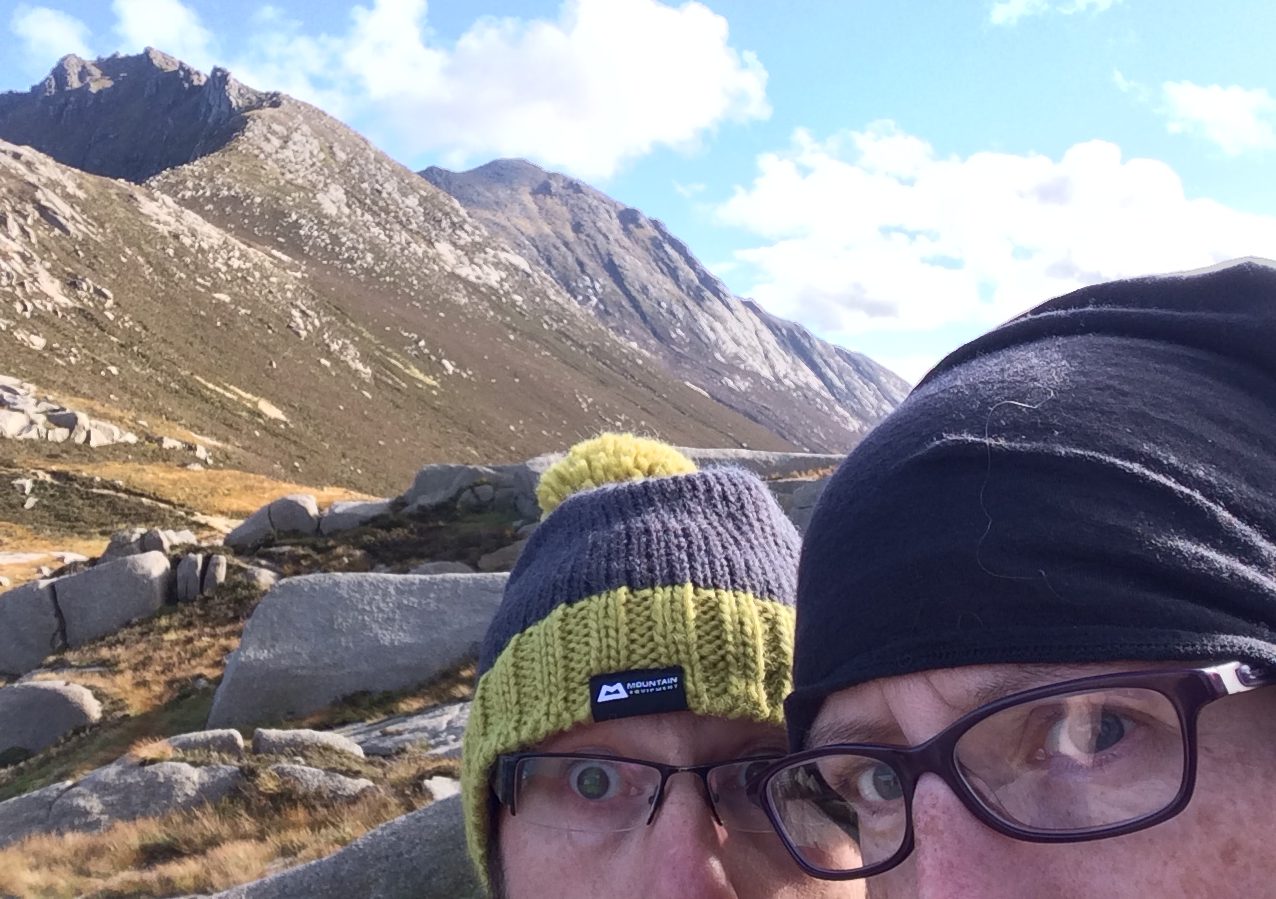 Caz and Gordon are two folks born and bred in the North East of England cleverly disguised as grownups. They met in the woods on a dark, dark night in 2006 and have been inseparable pretty much ever since. Their love of mountain biking brought them together, and they spend as much of their time as possible exploring the length and breadth of their home county and beyond. They love stepping off the tourist trails and finding the little hidden gems that no one seems to know about or that have been long forgotten and neglected. They’re firm advocates of finding adventure in the every-day and that exploration starts at home. They’re mum & dad to Molly and Millie – two hyperactive teenagers of the furry feline kind – who share their sense of adventure, even if it is just to the top of the garden then back in for food! 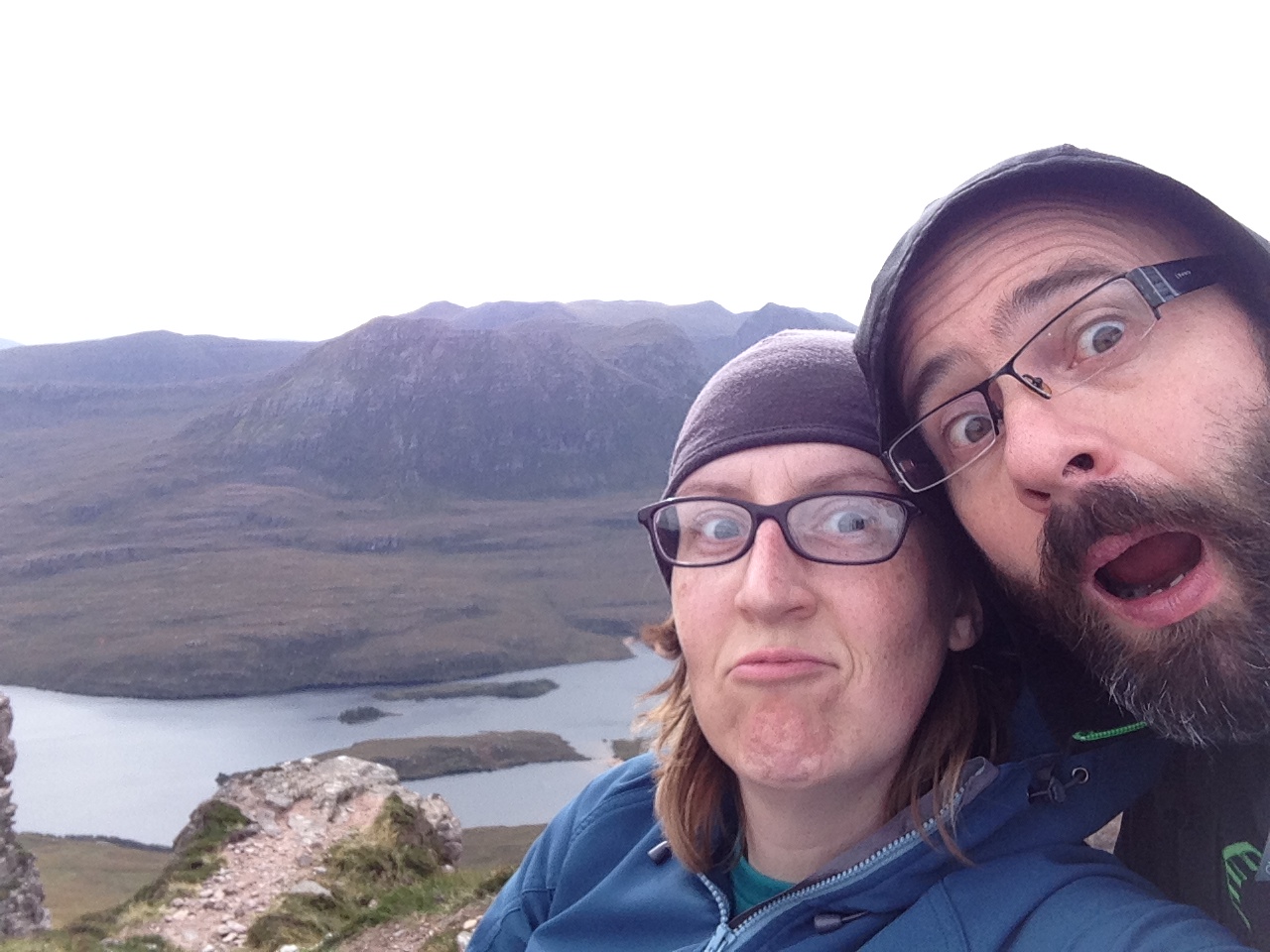 We absolutely love your local adventures around your home in Northumberland, England. What inspired you to start writing about lesser-known mini adventures near your hometown?

Gordon takes a lot of photos when we’re out and about and was getting a load of comments on social media from friends asking where we’d been, what we were going to see, what else could they see in the area etc. and I’m a keen writer anyway having done bits and pieces for websites previously, so it seemed logical to pen down our adventures for our friends to read. We’re very proud of our home county and found ourselves getting frustrated that no-one knew about all of these incredible places so close to home and that there wasn’t a central location we could find out more information about them.

What are your goals with your blog Two Local Explorers?

Our goal is twofold. Firstly, we want people to know that there’s more to our home county than just the big tourist honey pots. We’ve found so many interesting and intriguing places and things that people seem to know nothing about and we just think that’s a travesty! Secondly, we want to promote the idea that to be an explorer doesn’t have to involve hopping on a plane to the other side of the globe; you can be an explorer absolutely anywhere on absolutely ANY budget. 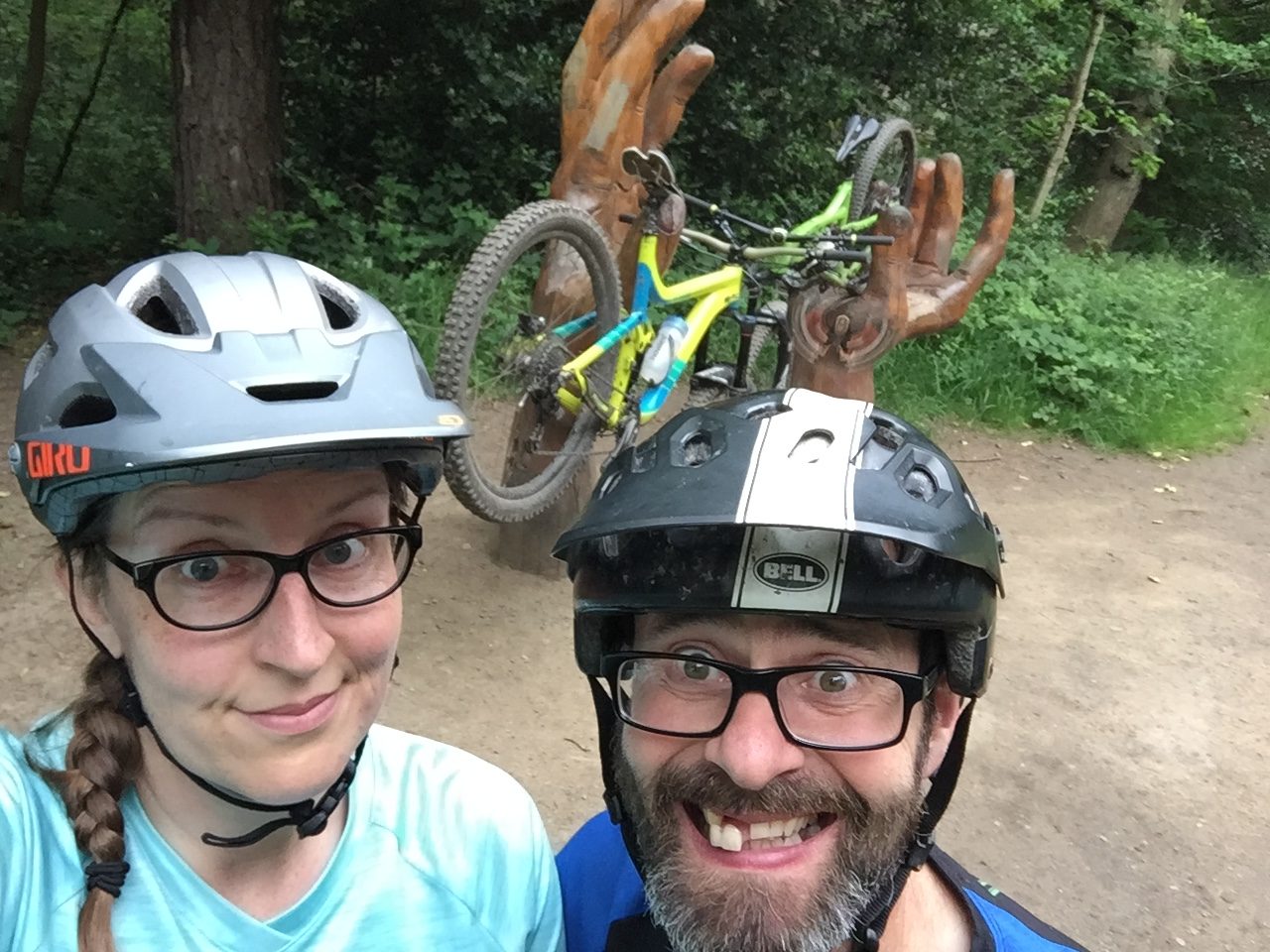 What are some of your favorite local adventure spots? What makes them special?

We’re completely in love with the Northumberland coastline – all 160 km of it! The coast is home to some of the cleanest and most breath-taking stretches of sand you’ll ever see, and dotted along their shores are ship wrecks, prehistoric fossilised forests, Victorian bathing pools, remnants of war, and countless tales of love, loss, battle and victory. We’ve spent untold hours walking along the beaches and coastlines and we never tire of them.

We’re also really fond of the Cheviot Hills. They’re so often overlooked in favour of the more rugged landscapes of the Lake District, but we think the Cheviots have their own special quality. The tumbling hills and carpets of heather  make them fantastic hiking territory and they’re full of history, from the Roman Roads that run across the ridges and crisscross with the Drover’s roads, to the illicit moonshine that was brewed throughout their valleys. They never fail to impress. If you’re lucky too, you’ll catch sight of the Cheviot Goats – a genetically unique herd of goats present on the hills since the iron age.

What are some of your most memorable adventure stories?

Probably THE most memorable was a trip up the Simonside Ridge at Rothbury, Northumberland on Good Friday 2007. We were just mountain biking buddies at that time, but when we stopped at the top for a cuppa (we’re SO British!) and Gordon pulled out a Cadbury’s Creme Egg he’d bought for me that was it. In that exact moment we fell for each other hook line and sinker. He moved in with me on Easter Sunday.

In January of 2017, we gathered up a couple of crazy and adventurous friends and headed up into the Cheviot Hills to wild camp outside a mountain refuge hut. It was about -5 degrees Celsius! We were wearing just about every layer we owned and we were still frozen to the core. We sat in the refuge hut for hours just talking, drinking, eating and laughing before retreating to our frozen tents. It didn’t seem so great at 5am when I couldn’t stop shivering but with hindsight it was a really great experience. 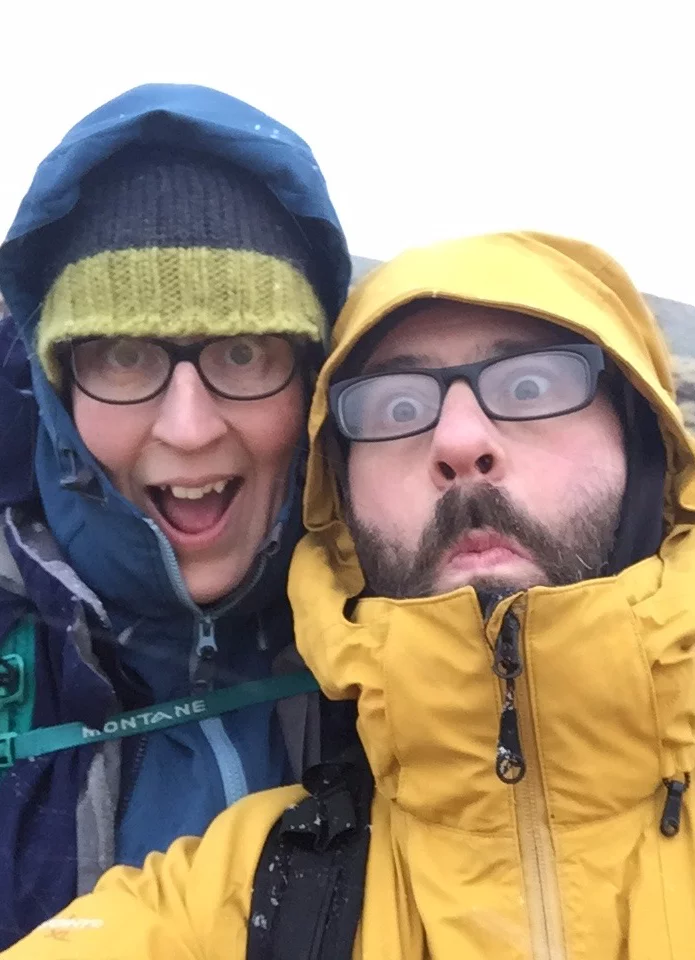 Who do you look up to in the adventure industry? How do they inspire you how to live your life?

Typically we don’t really look up to people in that way. We like finding random pictures on Instagram and scrolling through people’s feeds to see where they’ve been and what they’ve found. We’re really inspired by people with full time jobs and responsibilities who still manage to create adventure in their everyday lives.

I could say this though – we really admire the ethos behind British outdoor company Alpkit. Although they design kit for hard-core Alpine adventures the company very much believes in adventure of any kind; their tagline is “go nice places, do nice things” which I just think is my life motto in a nutshell. 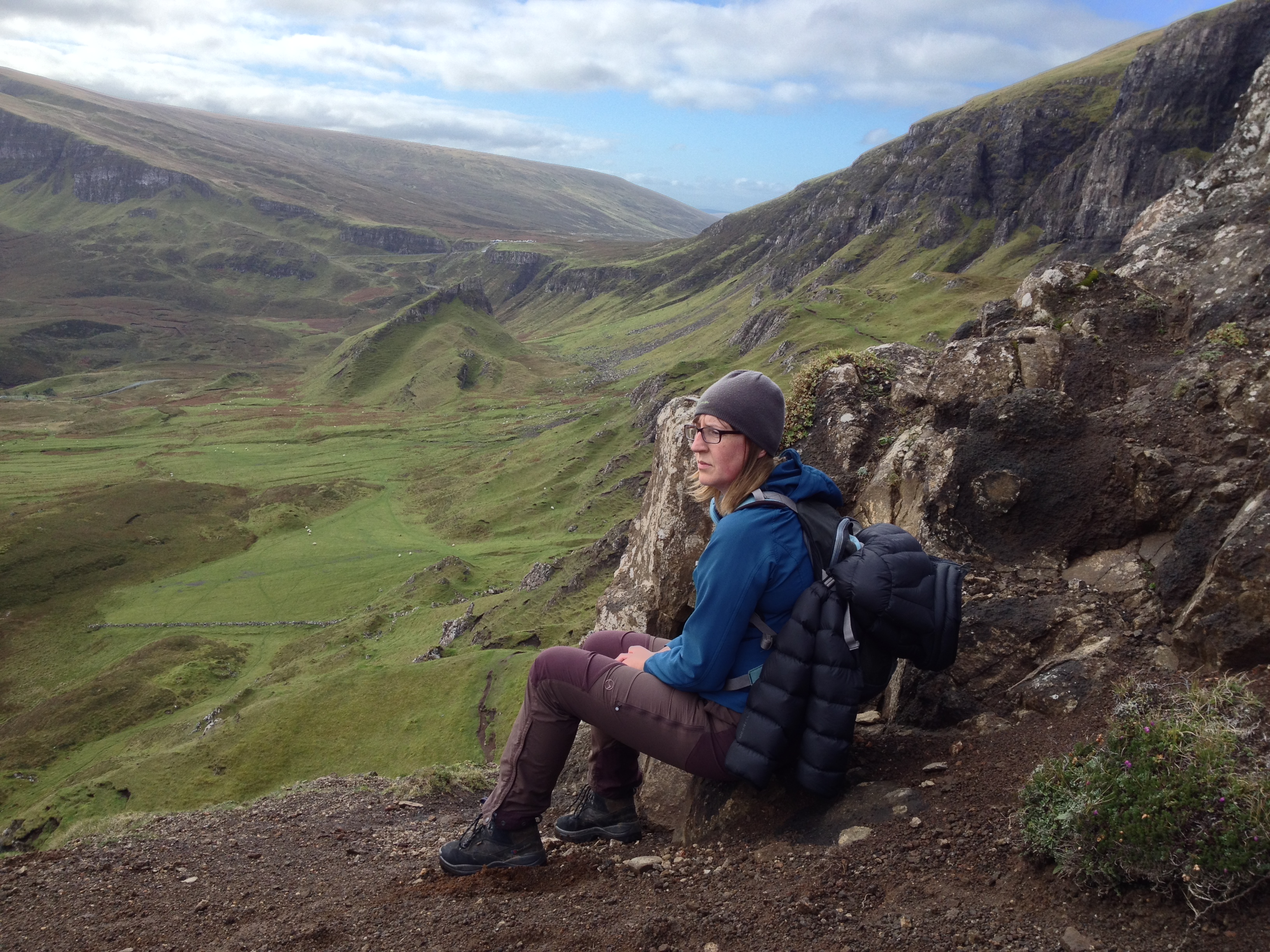 How do you define an “explorer”?

The American photographer and environmentalist Ansel Adams once said “In wisdom gathered over time I have found that every experience is a form of exploration”. I think an explorer is just someone who’s curious enough about their surroundings to pay attention. To look down a path they’ve never been and think “I wonder where that leads?” then go and find out.

We recently watched the film Passengers and were really taken by a quote from one of the main characters. She said “You can’t get so hung up on where you’d rather be that you forget to make the most of where you are”. Gordon and I would dearly love to travel the world – we’ve a list a mile long of places we want to go and things we want to see, but it’s not an option for us at the moment. So instead we’re making the ABSOLUTE most of where we are, and we’re finding out that some of our wildest dreams are closer to home than we realized. 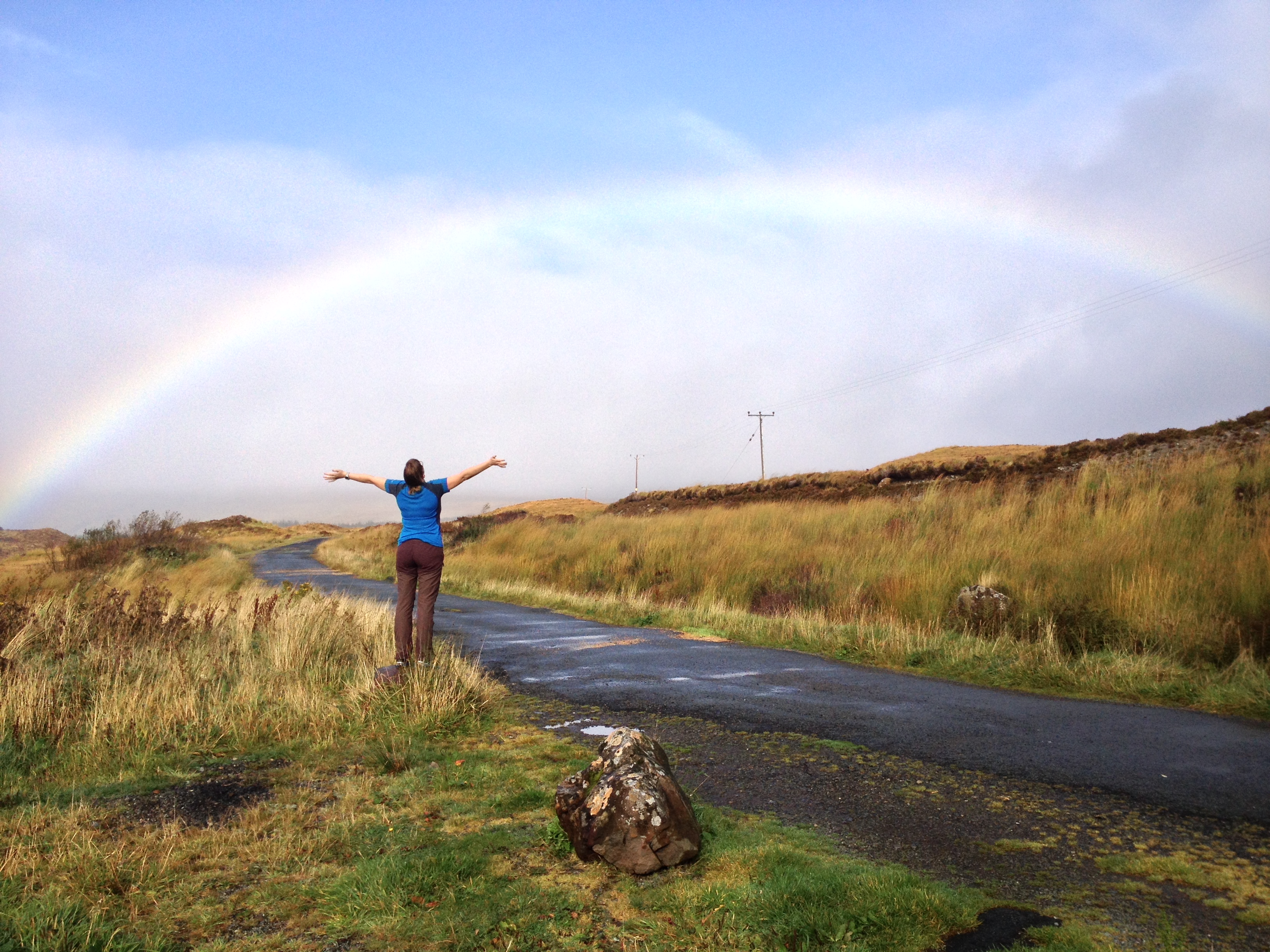 Where is your next adventure?

As I write this I’m getting ready to head out with a bunch of friends for a mountain bike ride in the Cheviot Hills in Northumberland. We’re riding up onto a ridge called Windy Gyle in celebration of the Summer Solstice (longest day).

Our next big adventure is our ‘Annual Pilgrimage to the Highlands’ in October. We’ll be heading up to Torridon area on the west coast of Scotland for a week of wild camping, exploring, hiking and mountain biking.